The Russian Orthodox Epiphany and Ice-Swimming 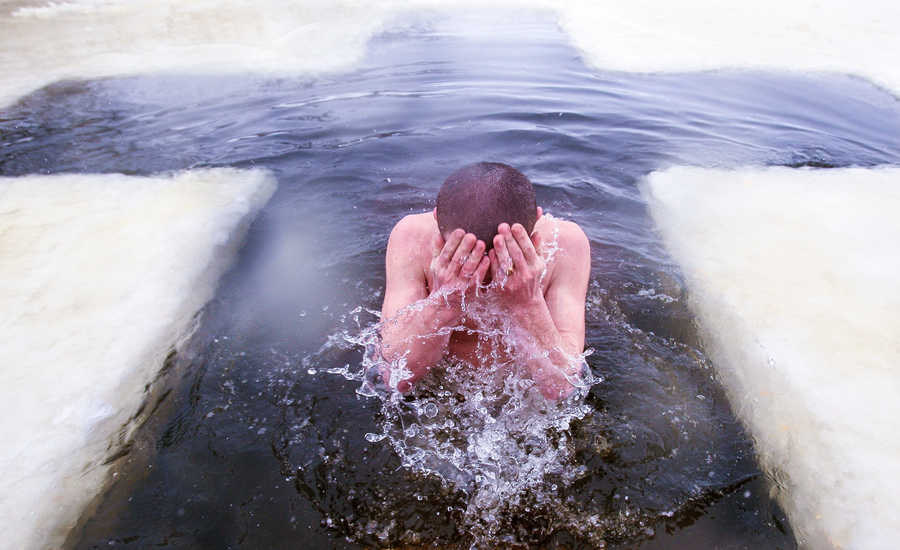 How and why do Russians go ice-swimming during Epiphany?

The tradition of ice-swimming during Epiphany 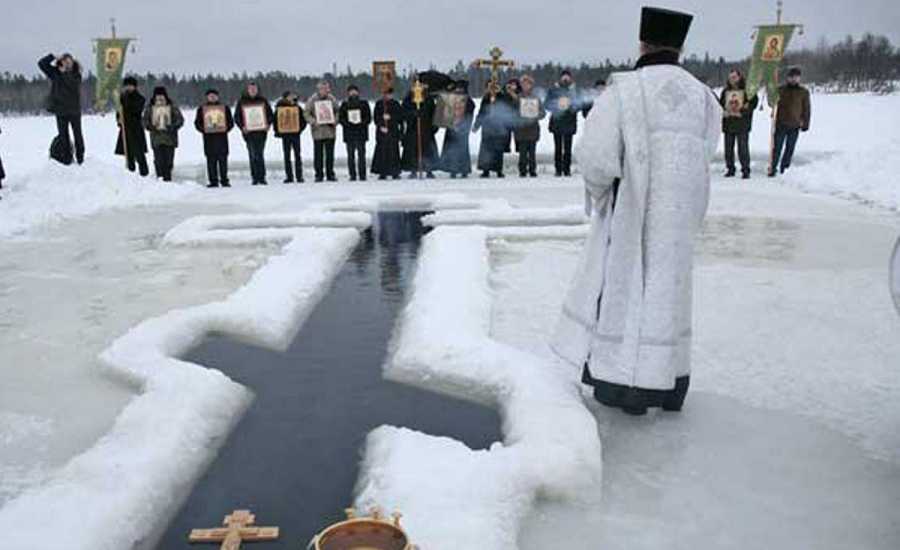 Russians have a reputation for their toughness. Some of them send their kids off to military camps, kill "enemies of the state" with alarming alacrity and force their predominantly geriatric orthodox congregations to stand through hour-long services in pew-free churches. This is all meagre, however, in comparison to what almost 100 million Russians prepare to do each January the 18th.

It comes as a surprise to many that the ex-USSR is more religious than the US. Roughly 85% of Russians believe in a God, with the overwhelming majority believing in the rather strict, paternalistic Orthodox ‘Bogh’. That being said, it is your guess as good as ours at just how devoted and religious Russians truly are. There are numerous sacrifices the Orthodox church expects from its followers from stringent fasts to all-night services, none, however, is more terrifying than the Epiphany.

According to the Julian, Orthodox calendar January 19th (6th on the Gregorian calendar) was the date when Jesus at the age of 30 was baptized. Aiming to recreate Jesus’s experience, every single believer no matter how young or old must submerge themselves in water on that day.* But unlike Jesus who had the pleasant waters of the River Jordan to splash around in, Russia in January is no tropical paradise.

*Note – your typical Russian never does this but hardcore religious followers do.

It’s quite a sight when in the early morning the day before epiphany hooded priests with axes and chainsaws in hand trudge toward the great ice-covered rivers and lakes of Russia. Being the orthodox church, there are very strict requirements as to how the swimming holes must be carved. Any old fishermen’s ice hole won’t do. Instead, priests have to carve out a perfect replica of the cross into the ice. After that ordeal, a whole ceremony must be performed above the water— blessing the water from the hole and scooping it up by the bucket full for eager followers to then take home. It is said that just keeping the holy water at home can bring prosperity and enhance health (which is why old, yellowing 5L water bottles can be found lying in the cupboards of most older Russian’s flats).

On the evening of the 18th the painstakingly carved holes with wooden stepladders are finally ready to receive the brave believers. For a 24 hour window, from the evening of the 18th until the end of 19th, Christians must strip down to their beachwear (wearing wetsuits would be cheating) in below zero temperatures and plunge— head-under the water— three consecutive times. Surprisingly, considering Russians’ propensity to drink liquor, there’s not a drop of vodka involved in the whole ceremony. Instead, the shivering attendees only have a cup of tea as a reward and the 100% certainty of waking up with a cold the next day.

How to prepare yourself for an ice swim 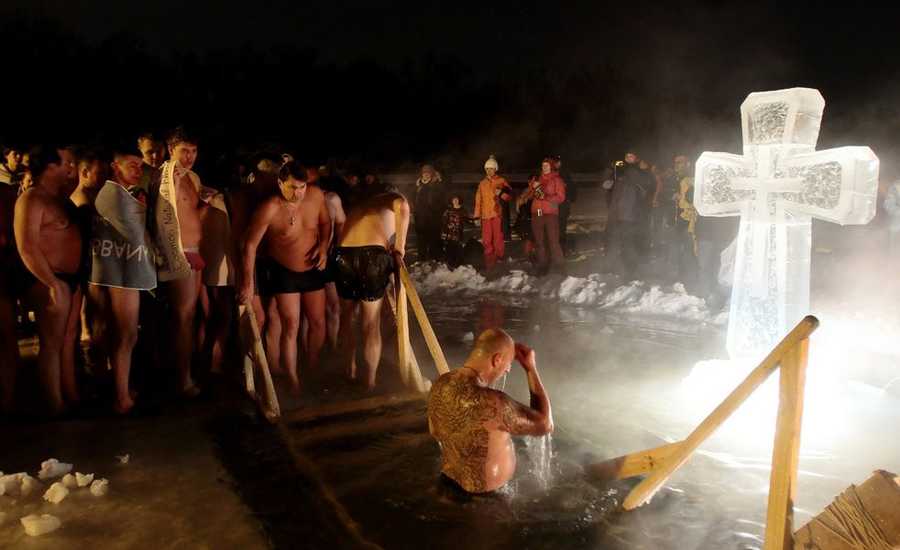 One doubts whether even Jesus himself would go through such lengths simply to recreate a historical event but, if any travelers feel like joining the Russians with their fervent religious pursuits, here’s how to do it without getting pneumonia:

1. Daily Cold Showers: For at least a week before the event, increase your body’s resilience to drops in temperature by frequently switching the water from hot to cold while taking showers. Word of advice: start with slow bursts of cold water first and then gradually increase the duration.

2. Follow the Ruskies: For once it’s a good idea to take a Russian’s drinking advice; do the dip dry. Though it may feel as if alcohol is warming, it in actual fact draws the blood away for the core to the skin.

3. Take tapki or valenki: Apparently the secret to not getting cold is keeping your feet warm and nothing keeps feet toastier than a pair of knee-length, 100% wool Russian valenki (slipper-like booties).

4. Stuff yourself: Two hours before taking the plunge it is recommended to eat a filling, fatty meal (like potatoes fried with mushrooms or cabbage pies).

5. Slow & Steady: Once you’ve stripped down to your bathing gear, don’t make the mistake of rushing into the water and trying to get it done with as soon as possible. Instead, lower yourself slowly, step-by-step into the water. Trust us! Also, if the temperature drops below -7c and it’s your first time, doctors caution against submerging your head in water.

Note: Russians can be rather civilized and there are usually two tents next to the ice holes serving as gender-segregated changing rooms. 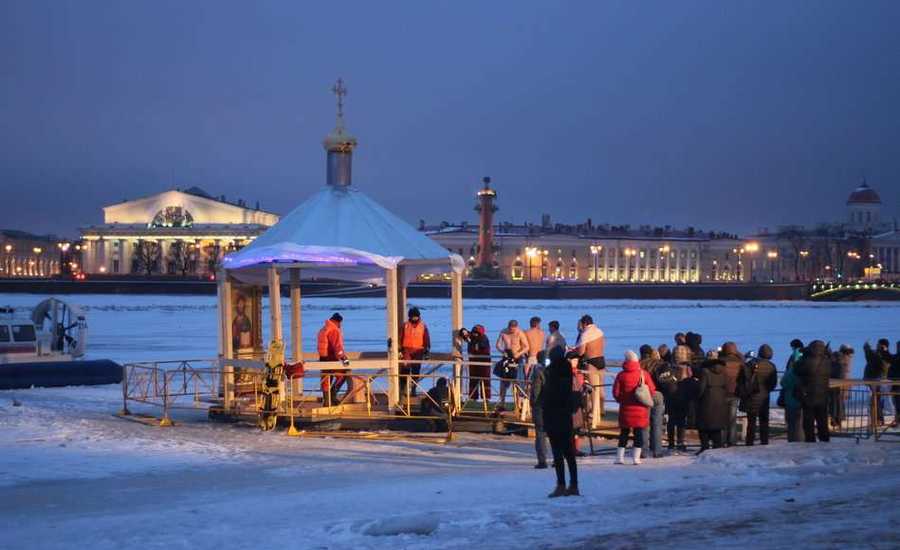 3. Avenue of Obukhov Defense, 24 (opposite the temple of the icon of the Mother of God “Joy to all who mourn”)

7. Sestroretsk, Petrovskaya embankment, 1 (Lake Razliv at the Church of the Holy Apostles Peter and Paul)

10. Prospekt Kosygina, 7A (near the Church of the Intercession of the Holy Virgin) 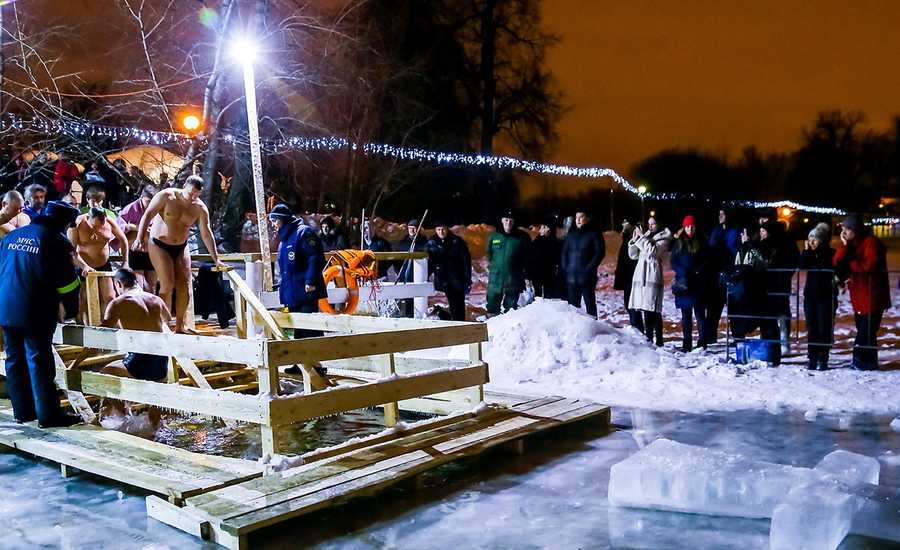 2. Temple of the Exaltation of the Holy Cross on the Clean Guard

Doctors stress that people with chronic diseases, young children and older people refrain from swimming in the hole, especially if there are severe frosts, due to the possible consequences.
The below are a list of diseases/contraindications for ice-hole baptisms: 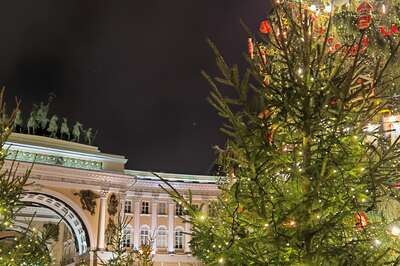