Which palaces in Russia are a must see?

Say what you want about the Russian Tsars and Tsarinas, but they definitely had taste – at least in terms of housing. No matter if it was Peter I, Alexey I or Catherine II – all of their palaces are architectural wonders, rivaling in many ways their European counterparts. With this abundance of beauty, it’s hard to settle on only a handful of places to visit. We tried nonetheless. Here is our list of 5 of Russia’s most gorgeous palaces. 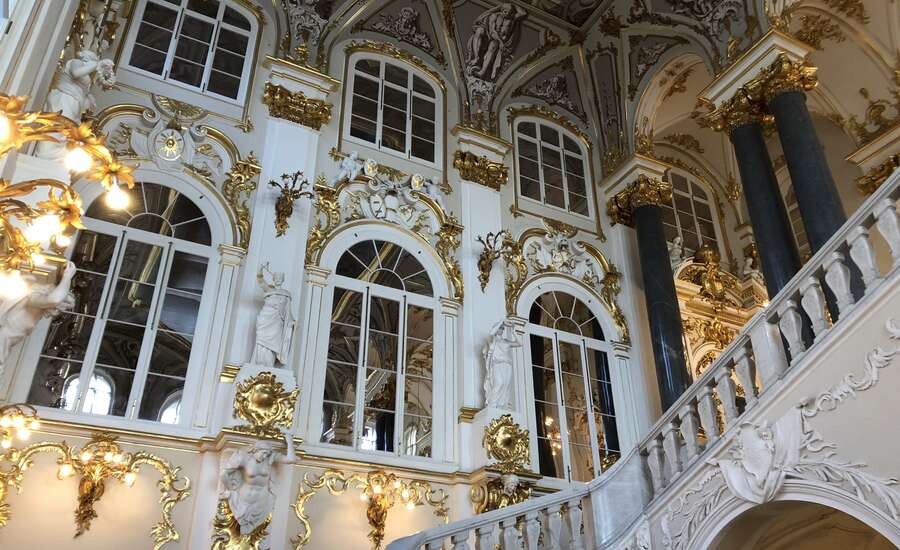 Located in the very heart of the city at the mighty Neva river’s shore is the Winter Palace. The gigantic building’s green and white façade makes for a fantastic view from across the water, which will probably already leave you speechless. But wait until you enter! The Winter Palace now serves as the world’s largest museum – the Hermitage. A little fun fact on the side: even if you took only 3 seconds to look at every single exhibit, it would still take you eleven years to complete your task! However, even if you’re not particularly interested in art, you still want to check out the palace’s insides. Each room has a unique architectural design, and the palace even has its very own church. Wandering through the halls by itself is already a stunning experience, so make sure not to miss out on this opportunity if you find yourself in Russia’s cultural capital.

*They mean Russian students, but if your student card looks convincing enough (it absolutely has to be a plastic card) – or if you have an ISIC card – they’ll usually let you in anyways. 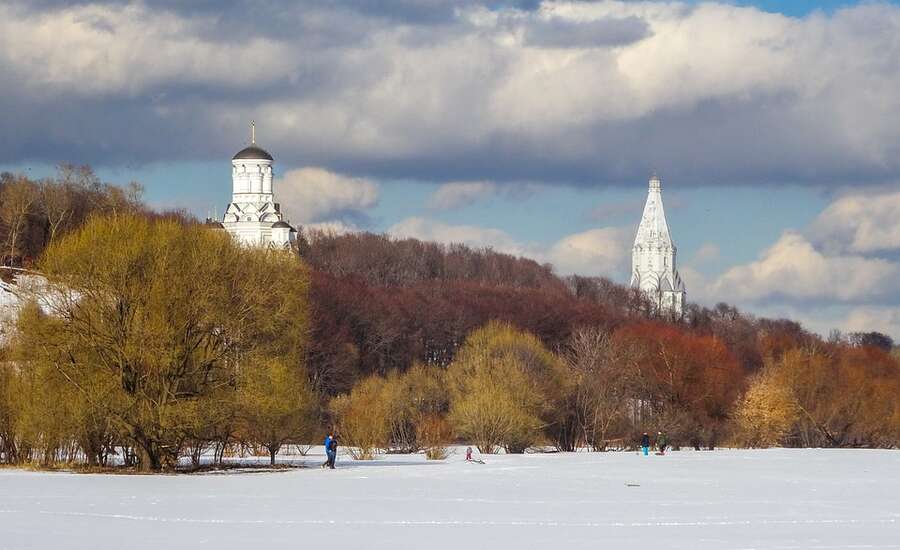 This unusual palace in the south of Moscow was re-erected and demolished several times throughout its history. The modern version was built in 2010 after Tsar Alexey I’s original plans, which miraculously survived through the ages. Inhabitants of the old village of Kolomenskoye – hence the name of the palace – were so impressed by Alexey’s wooden construction that they even called it “an 8th wonder of the world”. The natural brown creates a spectacular contrast with its bright green roof. However, the picturesque palace is not the only thing worth visiting here. The park complex is home to different historical buildings including the beautiful, white Church of Ascension, nowadays a UNESCO World Heritage Site. 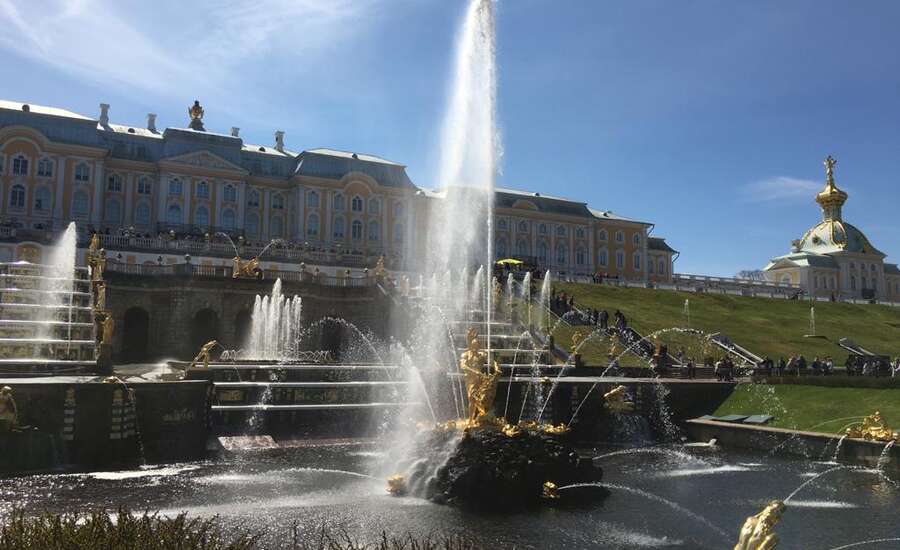 If you want to do palace hopping, St. Petersburg and the Leningrad region are the place to be. The most splendid grandeur can be found here. The nearby palace of Peterhof is often called the “Russian Versailles.” The palace, a gorgeous masterpiece on its own, is surrounded by a magnificent garden. In winter, most of the park is closed, although you can still visit the palace itself. During the summer season, the combination of dozens of water fountains creates a splashing background melody. But be careful: the prankster Peter I installed some traps in his opulent summer residence. Watch your step! 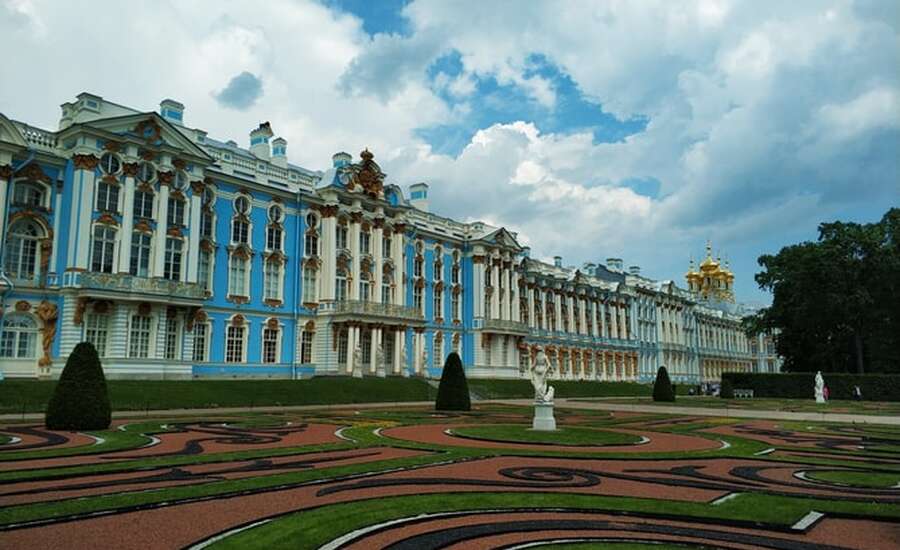 Tsarskoye Selo (“the village of the Tsars”), nowadays part of the small town of Pushkin, is located right outside of St. Petersburg. Catherine’s palace is mostly known for its famous Amber Room, which was dismantled and then mysteriously disappeared during World War II. Reconstruction of the room was completed in 2003, so today you’re still able to sneak a peek at its golden glory. Furthermore, the palace features a large ballroom completely framed with windows from floor to ceiling and mirrors on every wall. In here it is just too easy to lose oneself in daydreams about opulent banquets and passionate dances.
Last but not least, the majestic garden invites for a stroll around trees and ponds, flowers and statues.

The red-brick Ramon palace in Ramon, Voronezh region, was a wedding gift from Tsar Alexander II to his niece Princess Eugenia and her husband, the Duke of Oldenburg. It was built in 1887, and looted in the beginning of the 20th century during a workers protest. Luckily, it wasn’t destroyed during WWII, but it was still in very poor shape. Restoration begain in the 1970s. In 2013, the marvelous palace grounds were opened to the public whereas the palace interior is still being restored. The palace is relatively modest, but especially pretty in the winter when it looks like a fairytale castle covered in snow. The parks and gardens are full of flowers, trees and hedges and reflect different styles of landscaping techniques.