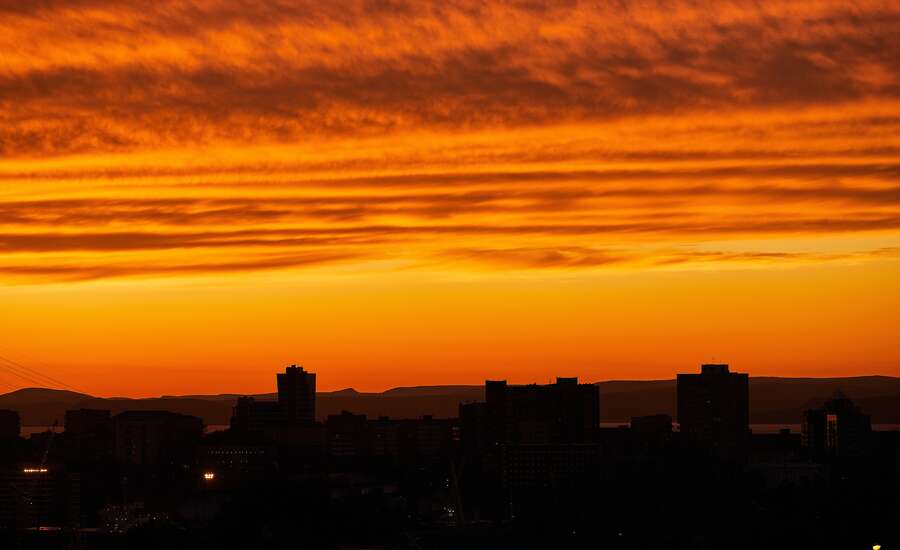 Photo by Tengyart on Unsplash

Which are Russia's Largest Cities? 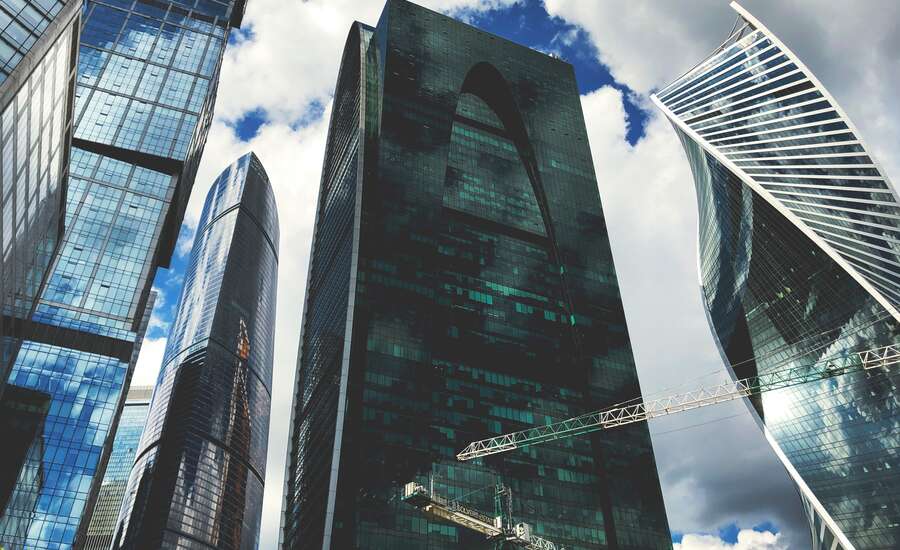 Photo by Irina Grotkjaer on Unsplash

Moscow is the capital of Russia and the largest city in Europe, with over 12 million inhabitants. Since the 12th century Moscow has played a key role in global political, cultural and scientific events. Russian and international history and culture over the past few centuries has been preserved in Moscow’s countless museums and galleries. The Kremlin in Moscow’s very centre is the world’s largest medieval fortress and home to some of Russia’s most famous sites: St Basil’s Cathedral, Lenin’s Mausoleum, and the Presidential Palace. Moscow’s atmosphere is enriched with culture and diversity, from the legendary Bolshoi Ballet to urban artists’ collectives, lively markets to luxury shopping, and streets spilling with vibrant nightlife. Moscow’s architecture is legendary: medieval churches with soaring cupolas share the skyline with Stalinist ‘Seven Sisters’ skyscrapers, narrow alleys intersect wide boulevards, and the financial district, ‘Moscow City’, is home to 7 of Europe’s 10 tallest buildings. 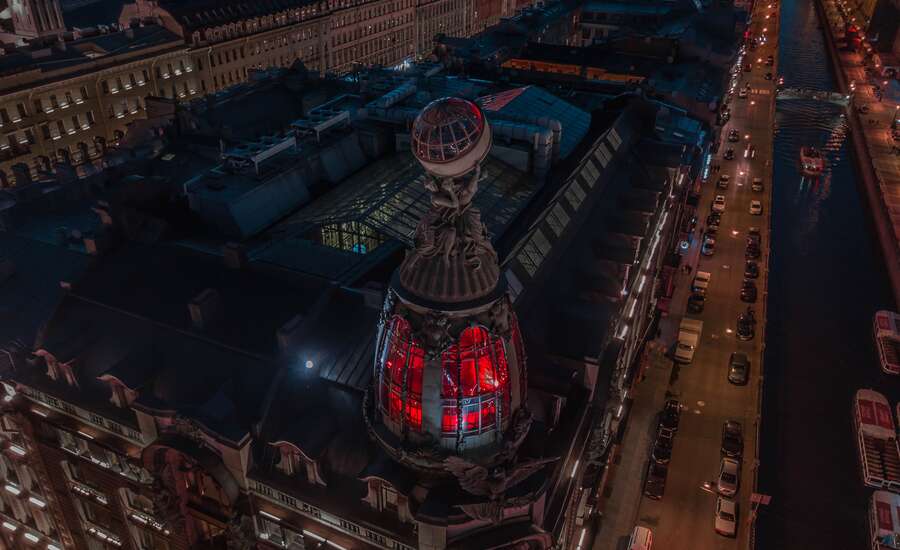 Photo by Oleg Illarionov on Unsplash

St. Petersburg is Russia’s second largest city, home to over 5 million people. The country’s cultural capital, St. Petersburg was the cradle of the Russian Revolution, the seat of the imperial family for 300 years, and the starting point for many of Russia’s most famous writers and artists. St. Petersburg continues to boast astonishing cultural prominence today. Fittingly nicknamed the ‘Venice of the North’, St. Petersburg was constructed on marshland in 1703 by Peter the Great, and its 42 islands and floodplain landscape is connected by over 800 bridges. Peter the Great’s ‘Window onto Europe’ aimed to contrast the chaos of Moscow: breathtakingly harmonious architecture lines the meticulously laid-out city plan, and St. Petersburg’s protected skyline ensures that no building except churches may exceed the height of the Winter Palace, so from a high vantage point you can gaze over the entire skyline. 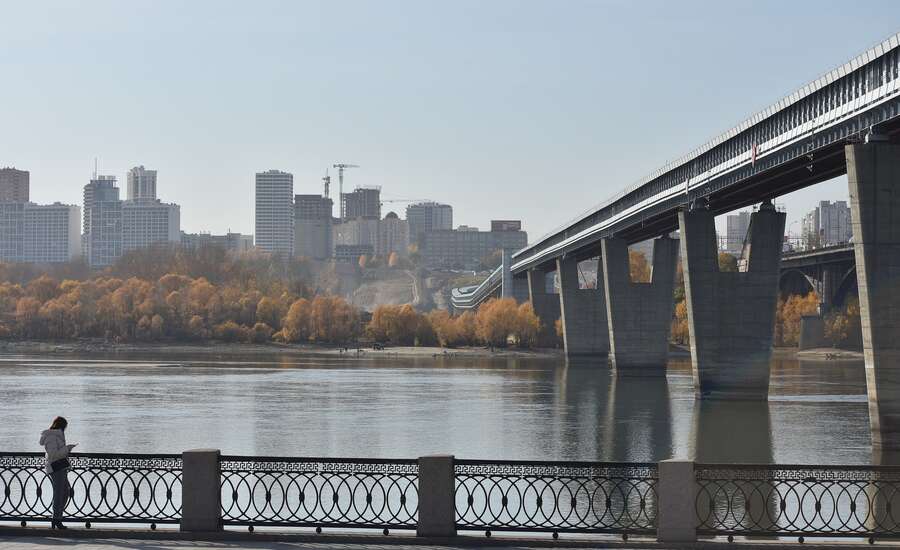 Photo by Сергей Корчанов from Pixabay

With a population of over 1.6 million, Novosibirsk is Siberia’s largest city. Owing to expanding industrialisation, Novosibirsk grew rapidly with the turn of the 20th century and became a key point on the main transport route across Russia. Novosibirsk has grown into a bustling and well-developed regional centre, with a major manufacturing industry and a metro system. In the city itself, lovers of architecture and culture won’t be disappointed: The Novosibirsk Theatre of Opera and Ballet is Russia’s largest theatre, dwarfing even the Bolshoi and the Mariinsky, and Novosibirsk’s streets mix ornate wooden architecture with Constructivist and Stalinist buildings. In Novosibirsk’s forested outskirts lies the Silicon Valley of Russia, the aptly named Akademgorodok. 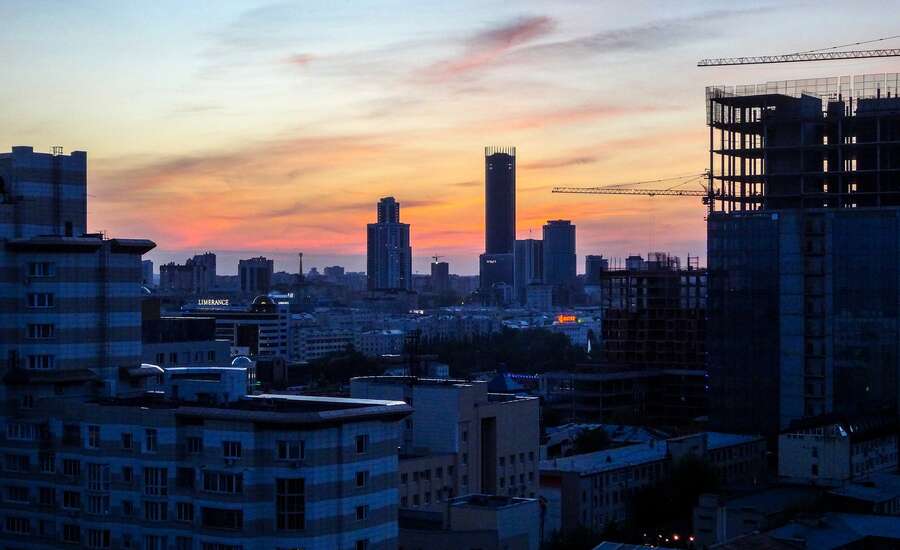 Photo by nick_photoarchive from Pixabay

Russia’s fourth largest city is Ekaterinburg. Nearly as old as St. Petersburg, Yekaterinburg is perched in the Urals on the border between Europe and Asia. Until 1991, it was a closed Soviet city, but has since opened up to become one of Russia’s most vibrant cities; today, nearly 1.5 million people have made the city their home. The cultural centre of the Ural region, Yekaterinburg has a thriving underground music and street art scene, and creative complexes are springing up in the city’s old buildings. One particular event has left a tragic mark on Yekaterinburg’s history. The Ipatiev House in the city centre was the site of the execution of the last Tsar of Russia, Nicholas II and his family. Today, on this site stands the Church on the Blood. 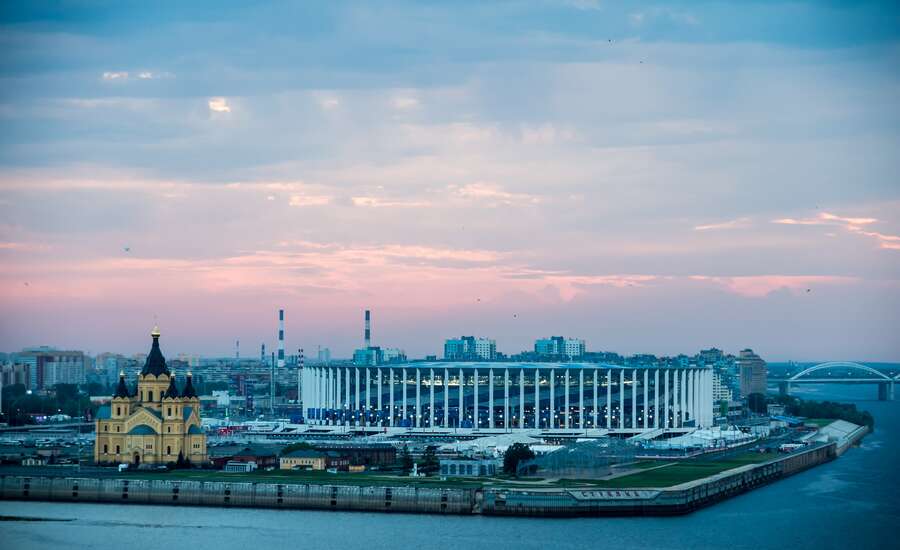 Photo by Valeriy Kryukov on Unsplash

Founded in 1221, Nizhny Novgorod is one of Russia’s oldest and most strategically important cities, situated on the confluence of the Volga and Oka rivers. Today, it is home to 1.2 million people. Trade and industry distinguished Nizhny Novgorod over the centuries, and the Russian Empire’s largest fair took place here for 100 years. Another former closed city, Nizhny Novgorod was a centre of military industry during the Soviet period, and is alleged to be the construction site of the first Soviet tank. The city is popular among tourists: gorgeous traditional streets stretch down to the wide embankment and river cruises can be enjoyed in summertime. It is also home to the famous Chkalov Stairs - Russia’s longest staircase. 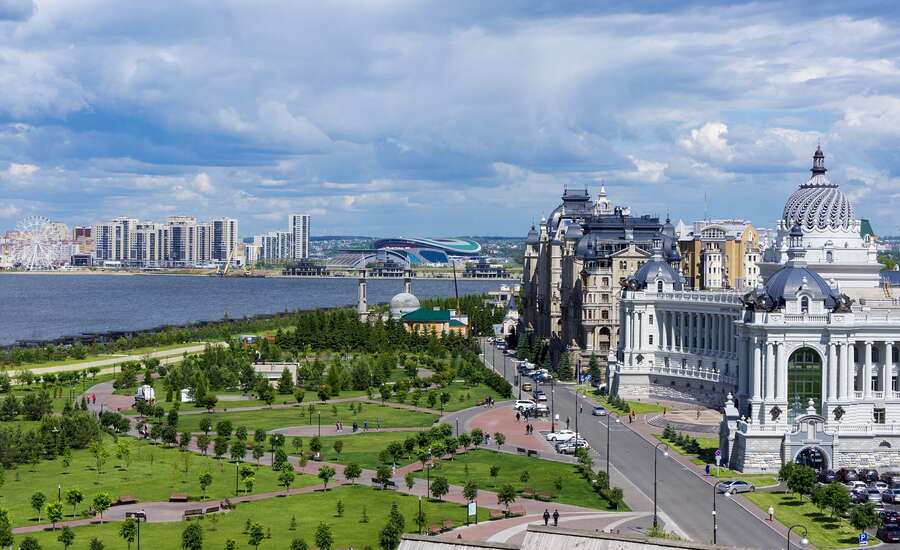 Photo by zizimao from Pixabay

Kazan is the capital of Tatarstan and was founded during the Mongol Conquest of Russia in the 13th century. Located along the Silk Road, Kazan developed into an important centre of trade, culture, education and religion, and retained its distinct cultural features even after absorption into the Russian Empire. Catherine the Great permitted the building of mosques in the city, Kazan State University pioneered Oriental Studies, and Tatar culture and language were promoted in publications and art. Despite a number of battles devastating the city and its population, Kazan continued to flourish and today has a population of almost 1.3 million people. A fascinating mix of Asian and Russian influences characterise the city, touching everything from architecture to cuisine. The city contains UNESCO World Heritage Sites, Europe’s second largest mosque, and museums and galleries commemorating different cultures and their histories. 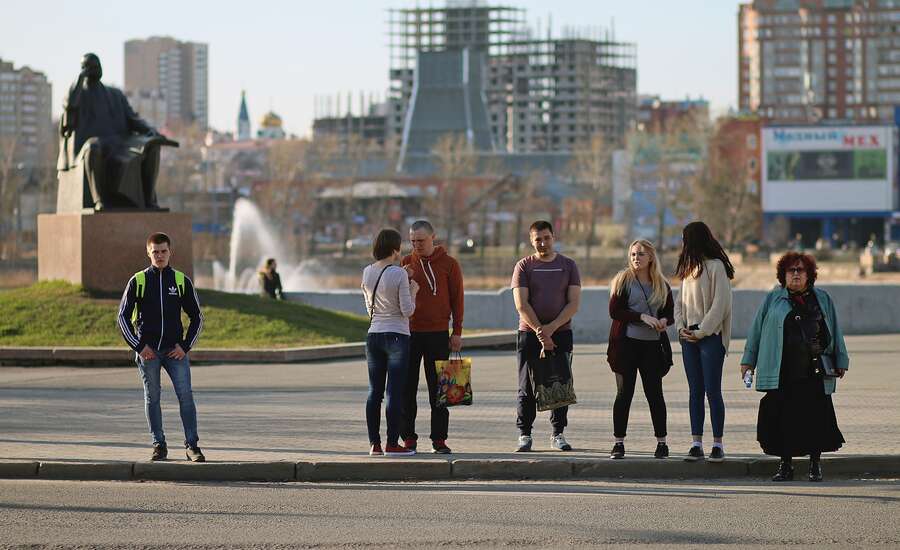 Photo by vladimirzakatov from Pixabay

Chelyabinsk was founded on the site of a Cossack fortress in the 18th century, on a trading point on the route to India. Interestingly, as Chelyabinsk is bisected by the Miass River, it sits directly on the border between Europe and Asia. Archaeologists discovered that the region had been colonised 4,000 years ago, and today, 1.2 million people live there. Although the city has many industrial areas devoted to its enormous metallurgical industry, there are a number of theatres, libraries and museums, and lots of green space - the Gagarin Central Park is considered one of Russia’s top 5 parks. Chelyabinsk is probably best known for the meteor which exploded 12 miles above the city in 2013, attracting worldwide attention. 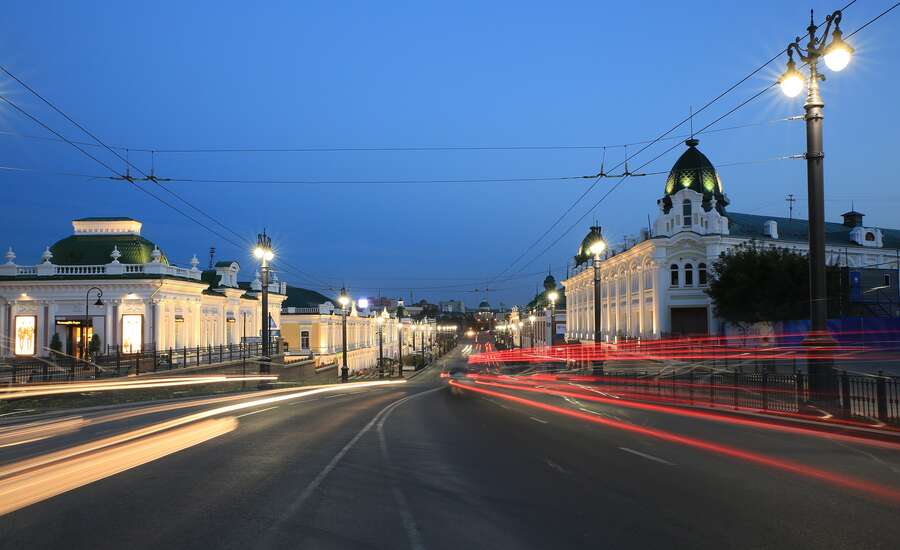 Photo by Федор Самсонов from Pixabay

Founded under Peter the Great in 1716, Omsk was one of the gateway cities to Siberia, and grew rapidly after the construction of the Trans-Siberian Railway. Today, it is Russia’s 8th largest city, with 1.1 million inhabitants. The streets of central Omsk are lined with neoclassical architecture, and the 19th century city centre has been well preserved. Omsk is home to some interesting museums: The Omsk Museum of Local History is Siberia’s oldest museum, and the Museum of Cosmic Glory is Siberia’s largest museum dedicated to Russia’s space exploration - an industry in which Omsk has played a significant role. Omsk’s history also counts Dostoevsky as one of its former inhabitants - the city was his home during exile. From Omsk, it is easy to travel to Kazakhstan or to take trains or boats to other Siberian towns. 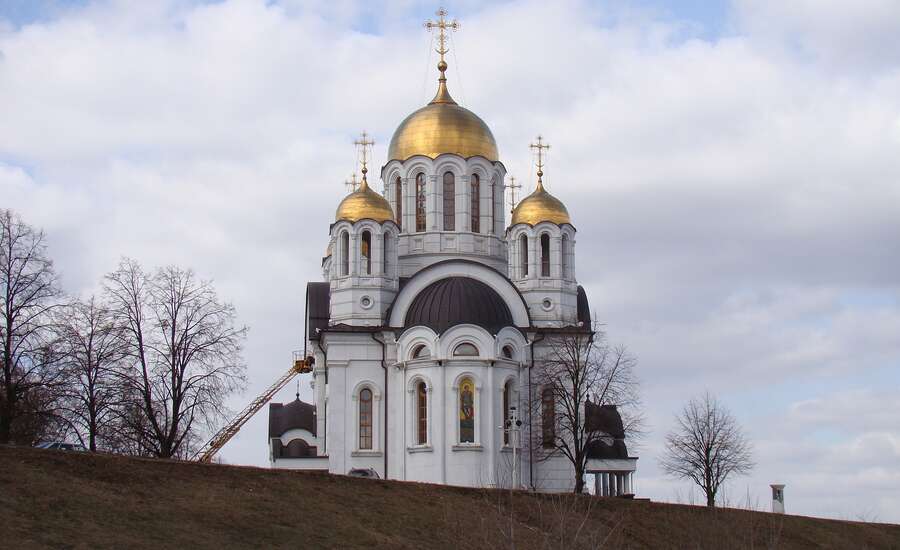 Photo by Tatyana Kazakova from Pixabay

Samara is one of Russia’s largest industrial cities, with nearly 1.2 million inhabitants. In the late Russian Empire, Samara became rich thanks to local merchants. The richest of the merchants built themselves elaborate Art Nouveau homes, preserved until this day in central Samara. Several of Russia’s most famous artists, writers and other personalities made Samara their home at some point, with Repin, Lenin, Tolstoy and Gorky among their number. During WWII, Samara (then named Kuibyshev) was designated the second capital of the Soviet Union. Travelling further East in Russia or to Central Asia, is easy from Samara Samara’s location on the bank of the Volga is perfect with river cruises to other cities along the Volga being popular. Lots of people come to Samara in the summer to relax in the beautiful surrounding nature. 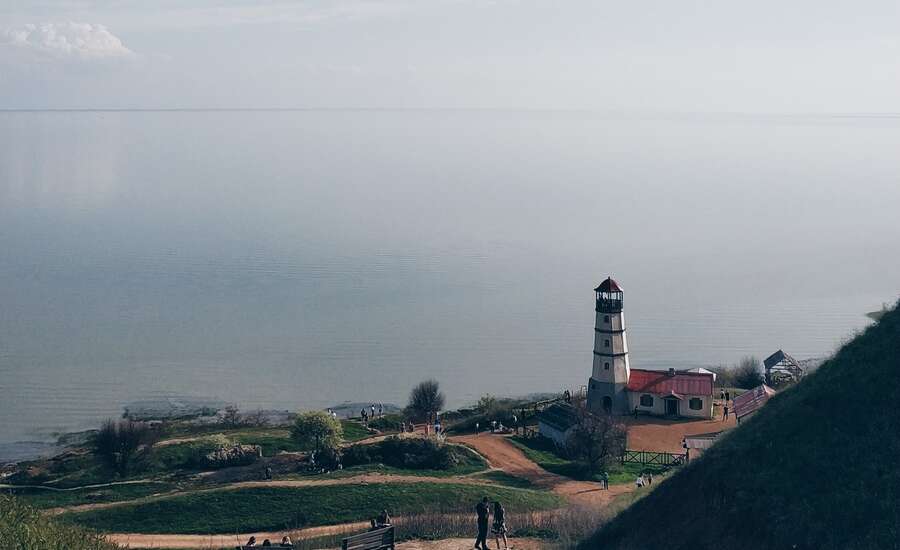 Russia’s 10th largest city is Rostov-on-Don, considered the capital of southern Russia and home to just over 1 million people. Rostov is the gateway to the Caucasus and lies near the mouth of the Azov Sea. Many different national groups have made their home there over time, and today over 100 different ethnicities reside in Rostov. Rostov is blessed with beautiful southern weather, and the embankment overlooking the wide River Don is one of Rostov’s most popular spots for locals and tourists. Rostov is a culturally rich city, with a number of theatres, parks, and beautifully ornate main thoroughfares. Due to its location on major waterway trade routes, the development of the city flourished under the patronage of prosperous merchants - higher educational establishments, libraries and publishers were founded, and by 1897, 70% of Rostov’s population were literate, compared to the Russian average of 15%.