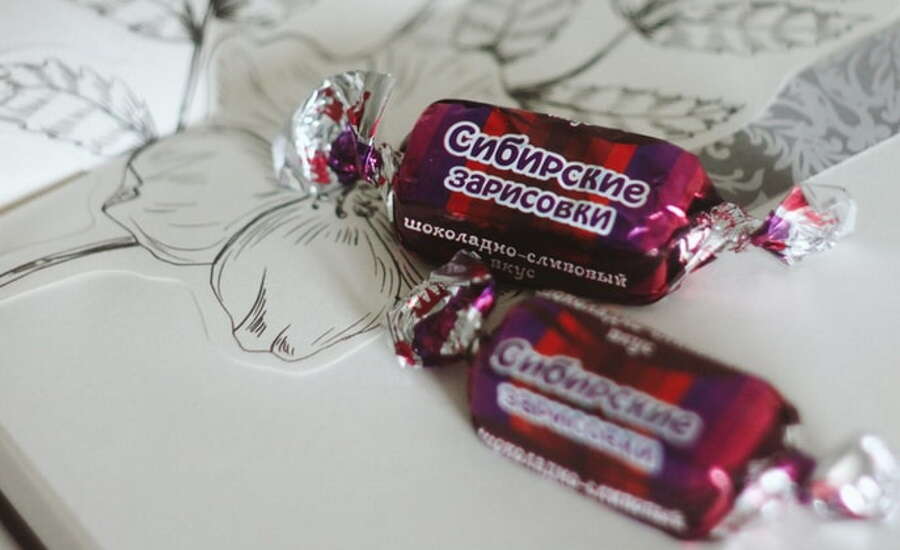 Photo by pure julia on unsplash.com

What Sweets are Eaten in Russia?

Foreigners often think of Russian food as compromising of mostly healthy and hearty dishes based on root vegetables to stave off the winter cold. This is partly true, but to say that beetroot soup, boiled cabbage, rye bread and cottage cheese were all that the Russians ate would simply not be true. It comes as a surprise to many, but the Russians have as much of a sweet-tooth as Americans, if not more so. The only reason why Russians have yet to suffer from the same obesity crisis as those in the West is because they’re addiction to sugar takes its form, not in whopper doughnuts and giant marshmallows, but in petite candies and fruit-based desserts. With the memories of Soviet shortages still vivid, the Russians are careful to savour their sweet treats in moderation and, whatever the sweet, it’s always accompanied by a cup of strong, black tea. 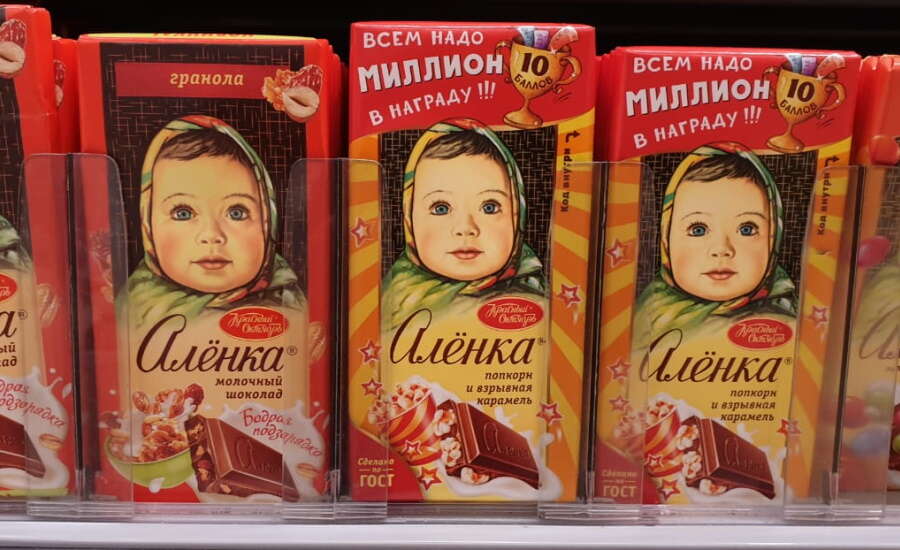 It’s a shame that “Don’t judge a chocolate by its wrapping” isn’t a saying yet, because it would be a perfect description of this Russian sweet. Though the little girl-- with her rosy cheeks, sky-blue eyes and pastel-coloured head scarf-- may look as sweet as can be, the chocolate inside does unfortunately not live up to Alyonka’s reputation. It’s gritty, flavoured with cloyingly sweet artificial vanilla and has never seen a cocoa bean in its life. Despite that, it is the most iconic Russian chocolate and has been since an enterprising, young German opened up the Eminem factory (later renamed to Red October) in the heart of Moscow and began producing the first chocolates for the growing middle classes. 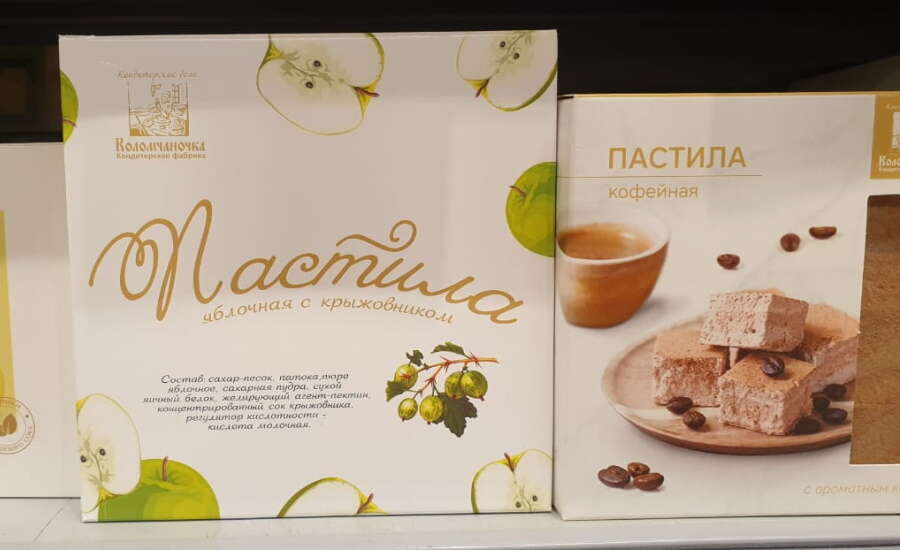 The soft, chewiness and delicate aroma of pastila means that it’s often compared to Turkish delight. You won’t find anything as exotic as essence of rose or powdered sugar inside these moreish squares, however. The recipe is simple. The humble apple is the main ingredient. It is pureed and sweetened with honey and sometimes folded in to egg whites. The resulting light, airy mixture is dehydrated to produce a soft, slightly sticky sheet which is cut into squares and eaten with tea. Mothers like to give it to children as a healthy alternative to sweets. 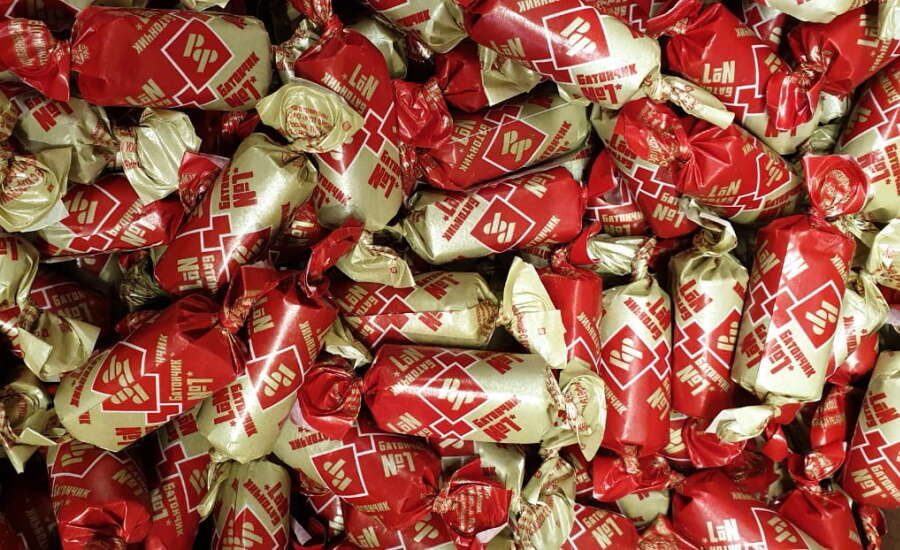 These cylindrical candies are almost on par with Alyonka when it comes to their fame and their melt-in-the-mouth texture, achieved by grinding nuts with cocoa and wafer crumbs to a thick cream, makes them one of the yummiest and most indulgent of all Russian sweets. During the Soviet times, some families even used them to decorate the Christmas tree! 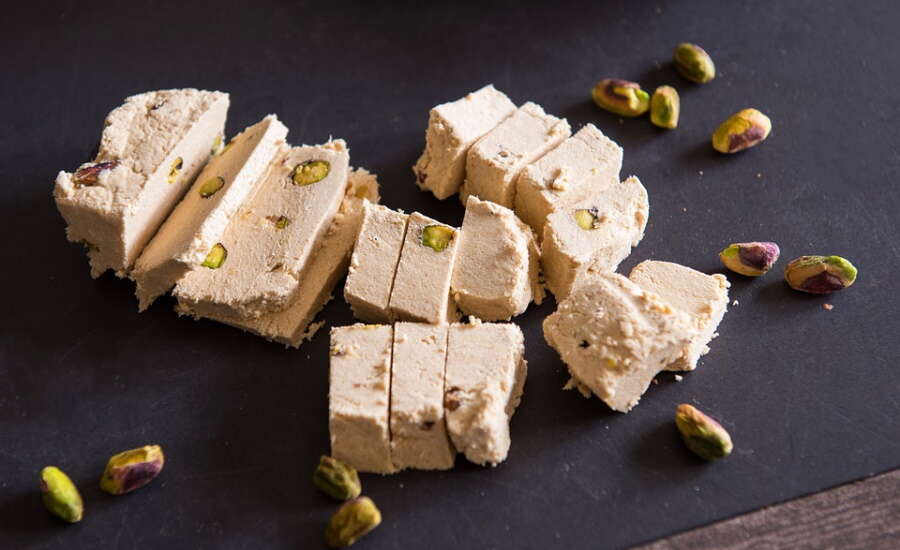 Photo by yilmazfatih on pixabay.com

Russia’s tight links with the Orient can be tasted in its traditional sweets. Perhaps the most widespread of sweet treats which can be found in almost every household is halva. The sesame seeds used in middle-eastern recipes are replaced by sunflower seeds which are pulverised with sugar. Its earthy taste and dense consistency make it a very filling dessert. In the USSR, it was one of the few affordable sweets. They produced it in huge blocks, which were cut in shops and sold by the kilo. Though the grey blocks, which are reminiscent of clay, may not look appetising, halva is surprisingly delectable. For more visually appealing renditions of halva, head to upmarket confectioners where you can find halva covered in chocolate or mixed with pistachios. 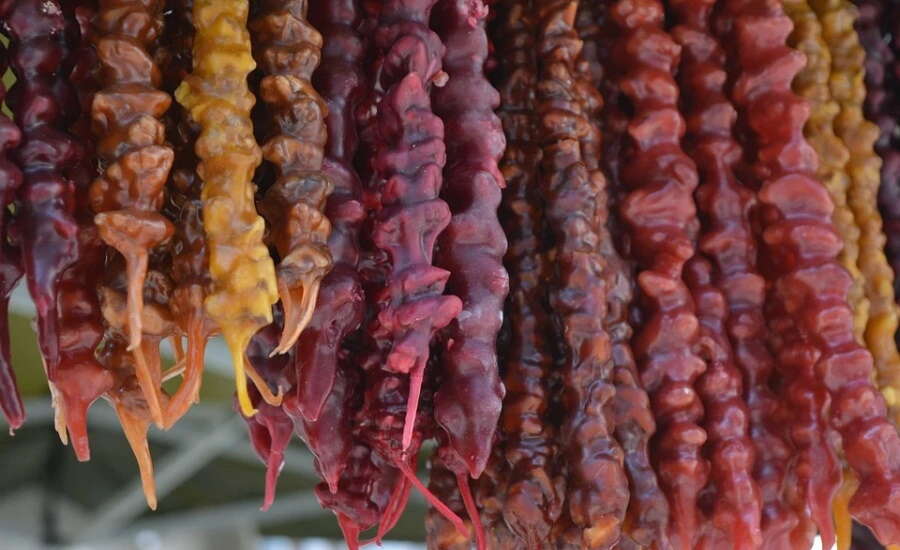 The healthiest dessert on this list also happens to be the most unusual. Churchkhela traces its origins back to the sunny-climes of Southern Russia and sticks of it can be found hanging above stalls in markets. Generally 30cm in length and a few cms thick, its form resembles salami and indeed, the satisfyingly rich flavour of Churchkhela (which is provided by the deep-red grape juice which coat the walnuts that are at the centre of these sticks) along with its chewy texture mean that it might as well be called “fruity salami”. While that may not sound appetising, we promise you that you’ll be hooked after just one bite of its chewy, grape juice encasement which is contrasted by crunchy  walnuts. 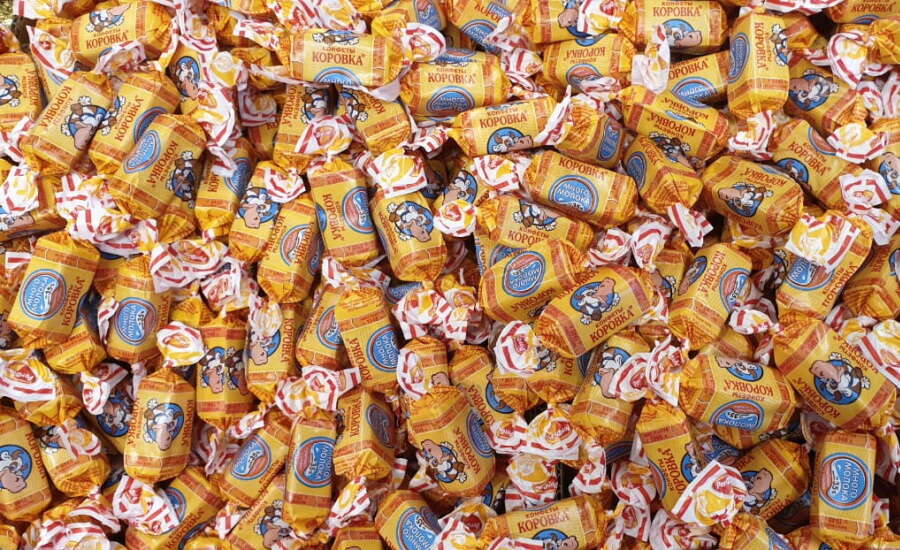 Russians are perhaps the only people in the world to suffer from an obsession with condensed milk. They add cans of it to their cakes and ice creams, they boil it into a thick paste to spread on pancakes, and they chug it straight from the can. The korovka (which means cow) is a sweet that has captured the heart of the Russian nation. Stashes of this candy, with its soft, golden fudgy casing and oozing sweetened-condensed milk centre, can be found hidden away in the drawers of most Russian kitchens.

Learn more about the delicacies which you should taste in Russia.

The Yummiest Delicacies To Try in Russia