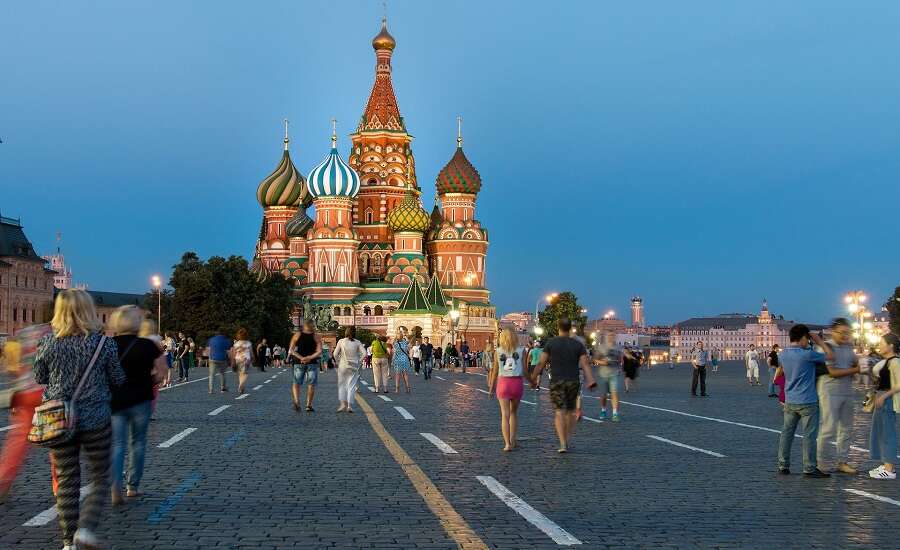 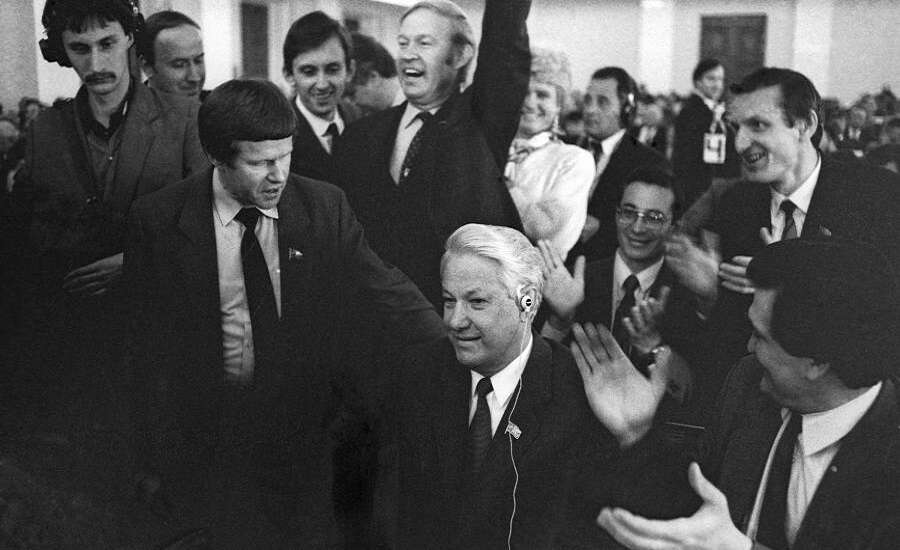 By the mid-1990s Russia had a system of multiparty electoral politics. But it was harder to establish a representative government because of two structural problems - the struggle between president and parliament, and the anarchic party system. Although Yeltsin had won plaudits abroad for casting himself as a democrat to weaken Gorbachev, his conception of the presidency was highly autocratic. He either acted as his own prime minister (until June 1992) or appointed men of his choice, regardless of the parliament's wishes.

Meanwhile, the profusion of small parties and their aversion to coherent alliances left the legislature chaotic. During 1993, Yeltsin's rift with the parliamentary leadership led to the September-October 1993 constitutional crisis. The crisis climaxed on October 3, when Yeltsin chose a radical solution to settle his dispute with parliament: he called up tanks to shell the Russian White House, blasting out his opponents. As Yeltsin was taking the unconstitutional step of dissolving the legislature, Russia came the closest to serious civil conflict since the revolution of 1917. Yeltsin was then free to impose a constitution with strong presidential powers, which was approved by referendum in December 1993. But the December voting also saw sweeping gains for communists and nationalists, reflecting growing disenchantment with the costs of neoliberal economic reforms. 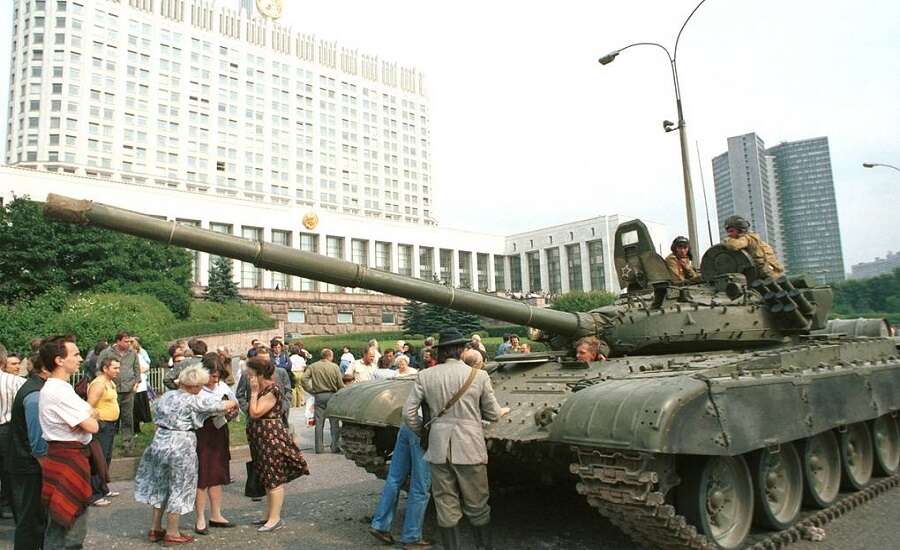 Although Yeltsin came to power on a wave of optimism, he never recovered his popularity after endorsing Yegor Gaidar's "shock therapy" of ending Soviet-era price controls, drastic cuts in state spending, and an open foreign trade regime in early 1992 (see Russian economic reform in the 1990s). The reforms immediately devastated the living standards of much of the population, especially the groups that had enjoyed the benefits of Soviet-era state-controlled wages and prices, state subsidies, and welfare entitlement programs. In the 1990s Russia suffered an economic downturn more severe than the United States or Germany had undergone six decades earlier in the Great Depression.

Economic reforms also consolidated a semi-criminal oligarchy with roots in the old Soviet system. Advised by Western governments, the World Bank, and the International Monetary Fund, Russia embarked on the largest and fastest privatization that the world had ever seen. By mid-decade, retail, trade, services, and small industry were all in private hands. Most big enterprises were acquired by their old managers, engendering a new rich (Russian oligarchs) in league with criminal mafias or Western investors. At the bottom, many workers were forced by inflation or unemployment into poverty, prostitution, or crime. Meanwhile, the central government had lost control of the localities, bureaucracy, and economic fiefdoms; tax revenues had collapsed. Still in deep depression by the mid-1990s, Russia's economy was hit further by the financial crash of 1998.

Nevertheless, reversion to a socialist command economy seemed almost impossible, meeting widespread relief in the West. Russia's economy has also recovered somewhat since 1999, thanks to the rapid rise of the world price of oil, by far Russia's largest export, but still remains far from Soviet-era output levels.

After the 1998 financial crisis, Yeltsin was at the end of his political career. Just minutes before the first day of 2000, Yeltsin made a surprise announcement of his resignation, leaving the government in the hands of the little-known Prime Minister Vladimir Putin, a former KGB official and head of the KGB's post-Soviet successor agency. In 2000, the new acting president easily defeated his opponents in the presidential election on March 26, winning on the first ballot. In 2004 he was reelected with 71 percent of the vote and his allies won legislative elections, but with international and domestic observers citing flaws. International observers were even more alarmed by late 2004 moves to further tighten the presidency's control over parliament, civil society, and regional officeholders. 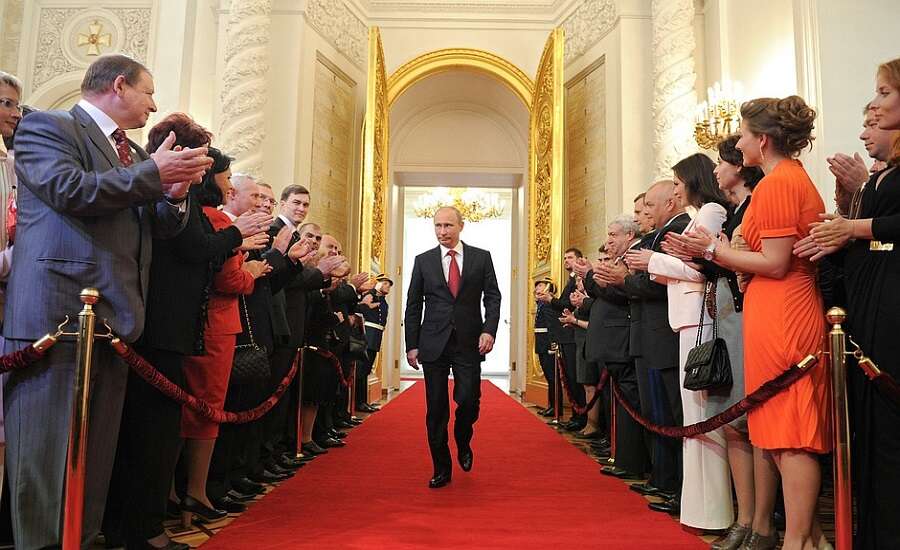 Except for a 4 year intermission in which current prime minister Dmitry Medvedev served as president, Putin has been in office since Yeltsin’s resignation in 2000. In 2008, Medvedev signed a law extending the presidential term from four to six years. During this time, Russian economy recovered and was flourishing for a while. However, with the annexation of Crimea in 2014, the events in protest-rattled Ukraine escalated into an armed conflict fueled by Russian interference. The situation on the peninsula still remains problematic. Nonetheless, Putin, according to official results, won 76% of the vote in Russia’s last presidential elections in 2018. Second in place was Communist Party candidate and millionaire Pavel Grudinin with 12 %. Prime opposition leader Alexey Navalny was barred from the race due to a previous embezzlement conviction. Presently, the government seems to lose support. Mass protests around the country, especially in Moscow, call for more democracy. The biggest low in approval ratings occurred in July 2018, when Putin passed a controversial pension reform. Raising the official retirement age to 60 for women and 65 for men was not greeted with enthusiasm among the population. Still, an untimely end to Putin’s presidency would be highly unexpected. 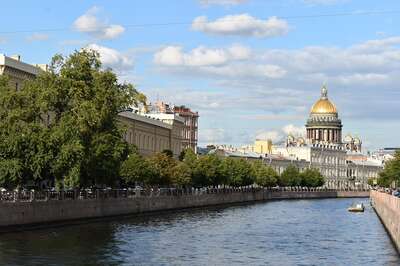 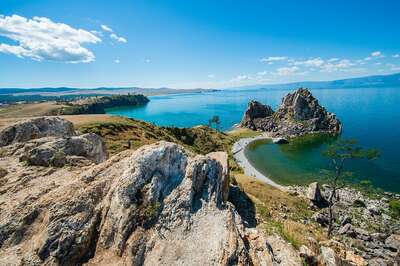