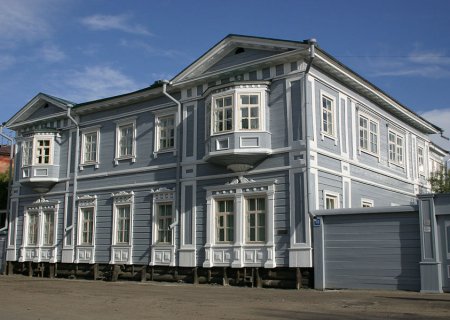 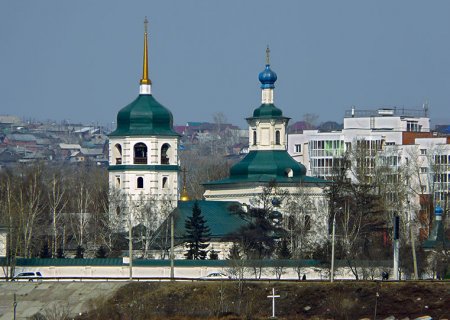 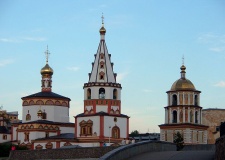 Arrival in Irkutsk
You will be met at the airport or station by our representative and taken to your hotel for check in and lunch.

City Tour including a visit to the Cathedral of the Holy Sign. Apart from the ornate and rich iconostasis, the cathedral is famous for its graveyard where you will visit the graves of the Decembrists Mukhanov, Beschasnov, Trubetskoy and the Russian Columbus Shelekhov. We will then proceed to the Museum of the Decembrists. The museum is housed in a mansion belonging to one of the leaders of Decembrist revolutionaries.  The Decembrists were Russian aristocracy who were banished to Siberia after their ill-fated attempt in December 1825 to overthrow the Russian Tsar in favor of a Constitutional regime. The museum trulyevokes an aura of 18th century Russia.

Irkutsk began as a small settlement in the mid 17th century for gold-trading and for the collection of the fur tax from the Buryats (the local inhabitants of the area). The settlement officially became a town in 1686 and the first road between Moscow and the new city was built in 1760. With the road construction, many new products, often imported from China, were widely available in Irkutsk for the first time including gold, diamonds, furs, wood, silk and tea. In 1821, Irkutsk became the seat of the Governor-General of East Siberia. In the early 19th century, many Russian officers and nobles were sent into exile in Irkutsk for their part in the Decembrist revolt against Tsar Nicholas I. Due to this influx of individuals from St. Petersburg, Irkutsk became the Siberian center of intellectual and cultural life. By 1900, the city had earned the nickname “The Paris of Siberia.” Today Irkutsk has become a college town with many young people studying at the university and other institutes of higher education in the city. 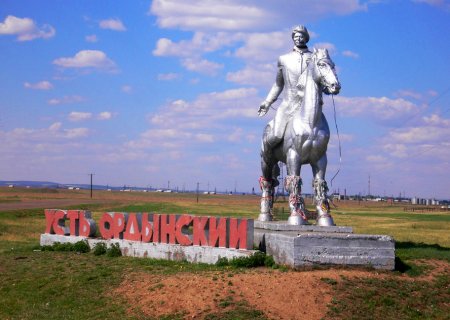 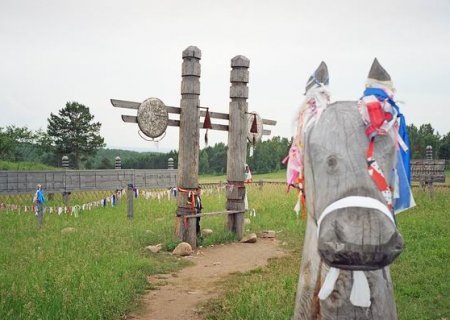 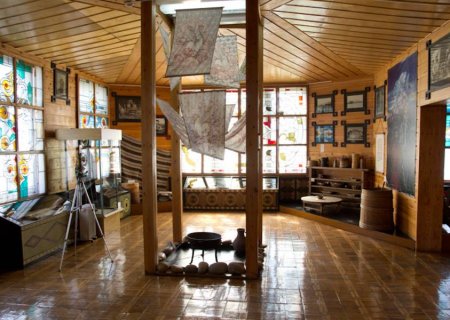 After breakfast at the hotel, you will head to the Ust-Orda settlement, the center of Buryat culture located 62 km away from Irkutsk. You will visit the Local Lore Museum and learn about the history of different ethnic groups that inhabited the region since the Paleolithic Era. You will learn about the customs, traditions and beliefs of the Western Buryats. The highlight of the trip will be participation in ancient purification ritual with a real shaman.

After lunch at a local cafe, you will head back to Irkutsk 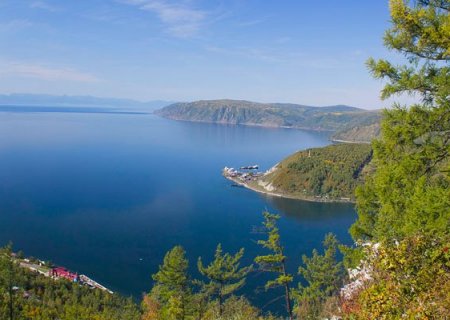 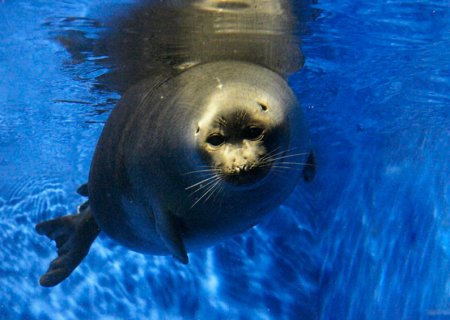 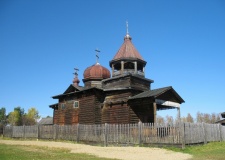 Breakfast at the hotel

Departure for Listvyanka, a small settlement located on the shores of Lake Baikal. En route to Listvyanka you will also stop for a guided tour of Taltsy - an open-air Museum of Siberian Wooden Architecture. The museum´s oldest buildings are the Spass Tower of the Ilimsk Fortress (1667) and the still active Kazan Chapel (1679). As you arrive in Listvyanka, you will proceed to the headwaters of the Angara River to see the famous Shaman Rock and hear local legends about this sacred site. You will then have lunch at a local restaurant serving Baikal fish specialties.

After lunch, you will go on a walking tour around the Listvyanka settlement: you will visit the Church of St. Nicolas the Wonderworker - the guardian angel of travelers, make a stop at a local fish market, go to the Baikal Ecological Museum to see the lake's flora and fauna. You will also take a trip by cable road to the Chersky Rock observation platform to enjoy a spectacular view of Lake Baikal. If it is clear enough you will also see the Khamar-Daban mountain range on the opposite shore of the lake. 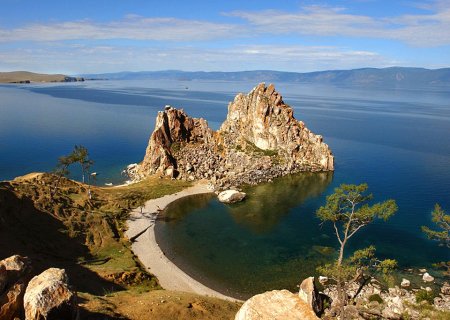 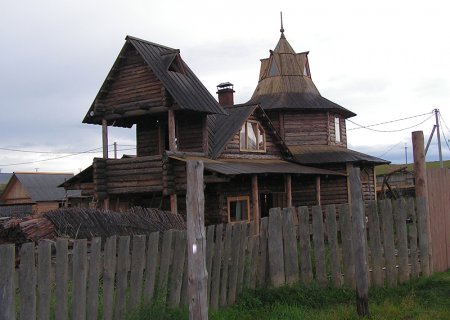 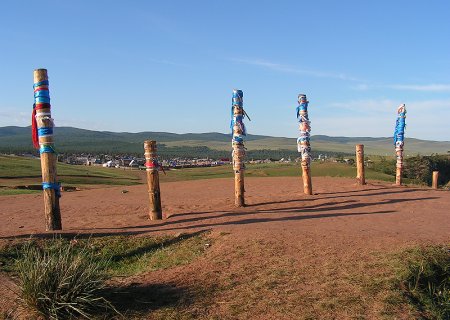 On this day you will travel to Olkhon island. In the morning, you will go to Irkutsk to catch a public bus that will deliver you to the ferry. The road goes through picturesque green hills of the Pribaikalsky mountain range covered with Siberian taiga and Mongolian-type landscapes of the Tazheranskaya steppe (time en route to the ferry is 4 hours).

The ferry will take you across the famous Olkhon Gate that separates Olkhon from the mainland. It will take you about 40 min. to get to the island. On the way you will see both the Maloye (Lesser) and the Bolshoye (Larger) Seas - two parts of Baikal split by Olkhon.

Upon arrival on Olkhon Island you will be taken to the tourist lodge (time en route is 1 hour) to check-in and have lunch.
After some rest you will go on a walking sightseeing tour of Khuzhir settlement and sacred Burkhan Cape (Shamanka Rock), one of the nine Asian shrines that were equally worshipped by Shamanists, Buddhists and Lamaists. You will also visit the local Lore Museum to learn about everyday life and the culture of the islanders.

In the evening you will be invited to a Russian 'banya' (steam bath) for 2 hours. 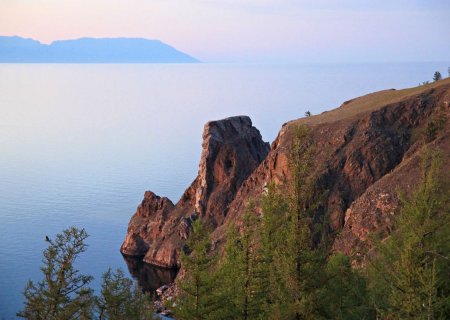 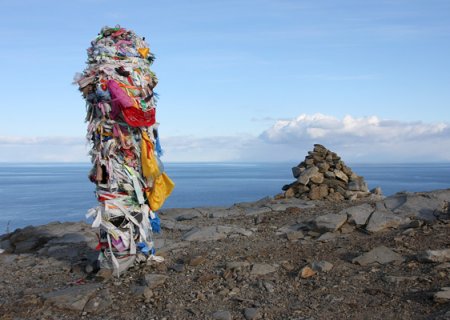 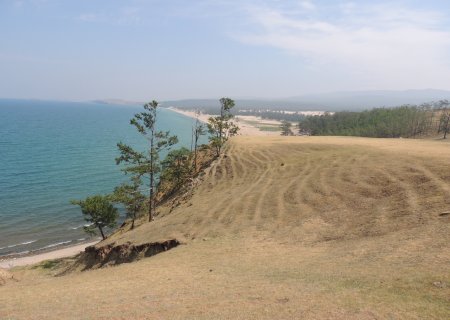 After Breakfast we go to the Khoboy Cape located on the Northern part of the island. The cape is located near the widest part of the lake (79.8 km). On the cape there is a special site (a small platform) that was used for carrying out the tailagan - gatherings of shamans. From the cape visitors can often see Baikal nerpas - fresh-water seals, the lake's only aquatic animals.

On the way to the cape, we will drive through the Sand Tract (20 km north of the Khuzhir Settlement) famous for its sand dunes that stretch 3 km. After visiting the cape, we will have a picnic on the shore and then return to the tourist lodge. 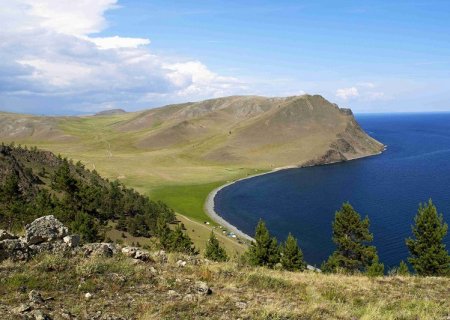 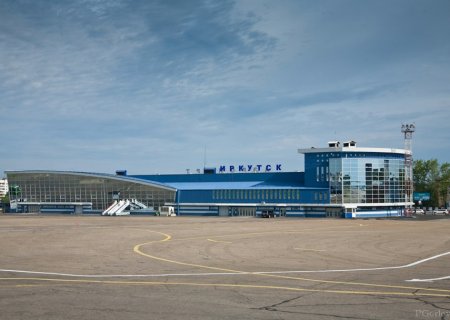 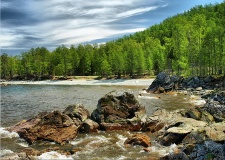 Early breakfast and departure from Olkhon. Transfer to the ferry station for the crossing to the mainland and the trip back to Irkutsk (we will deliver you to the airport or train station; upon request we can arrange an extra night at the hotel in Irkutsk). 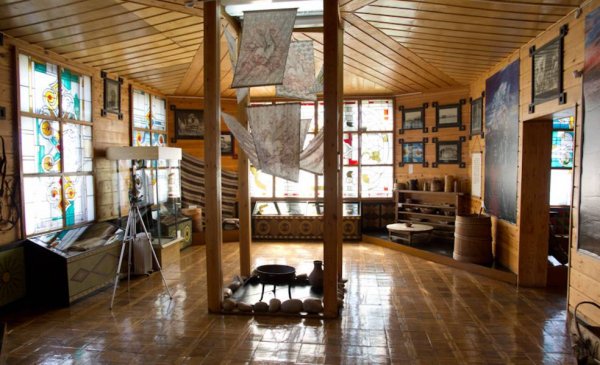 Ust Orda is a Buryat settlement located 62 km away from Irkutsk, in a picturesque valley of the Kuda River. The settlement is famous for being a center of traditional Buryat culture. Local lore museum possesses a rich collection of Buryat artefacts from prehistoric times until nowadays. There is an open-air exposition 'Buryat Peasant Farmstead of late XIX - early XX centuries' 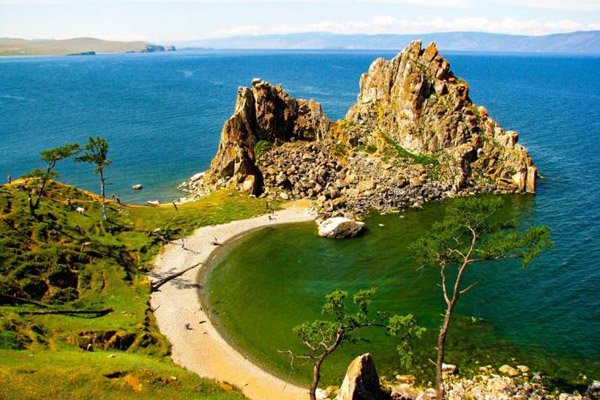 A sacred astral center for the local Buddhists and Shamanists. This is the Holy of Holies for Buryats, generally regarded as one of the 9 sanctuaries of Asia, once called the Altar of Rock, which is believed to be a residence of the major deity of shamanism worshippers - Khan Khute-baabay who is said to have descended from heaven to the earth to rule human destinies. 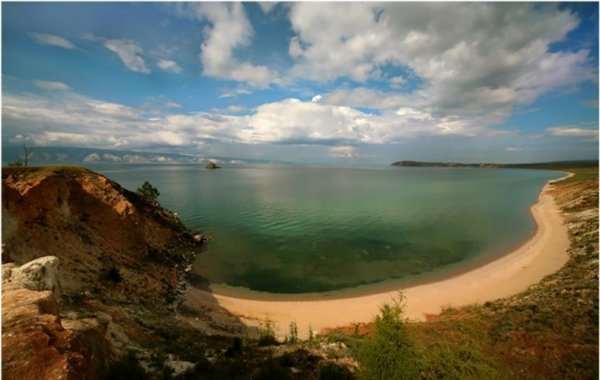 Olkhon, the largest island on Lake Baikal, stretches more than one hundred kilometers and divides the lake into 2 parts. The islandâ€™s comparatively small territory is a combination of taiga, steppe and even a small desert. Its flora and fauna are unusual. Olkhon has been home to many tribes and peoples of Siberia and Central Asia: the bellicose Huns, Turkis, Kurykans and more. One of the legends connected with the island states that the "Conqueror of the Universe" is buried on the island (Genghis Khan, the great Mongol conqueror of the early 13th century). 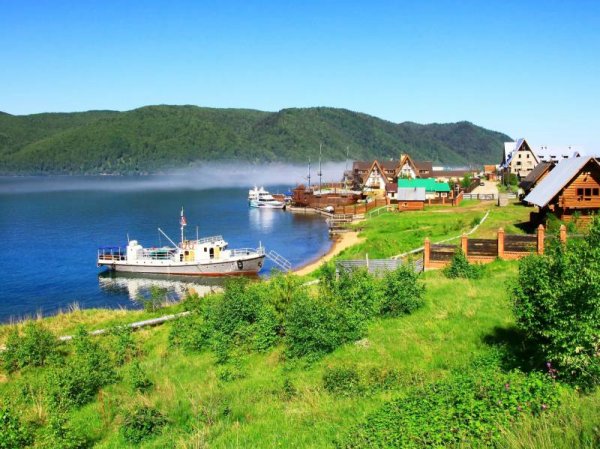 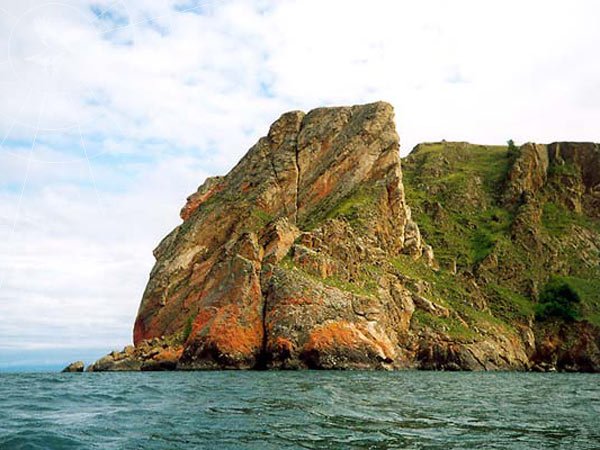 The cape is located on the northern part of Olkhon Island near the widest part of the lake (79.8 km). On the cape there is a special site (a small platform) that was used for carrying out the tailagan - gatherings of shamans. From the cape, visitors can often see Baikal nerpas - fresh-water seals, the lake's only aquatic mammals. 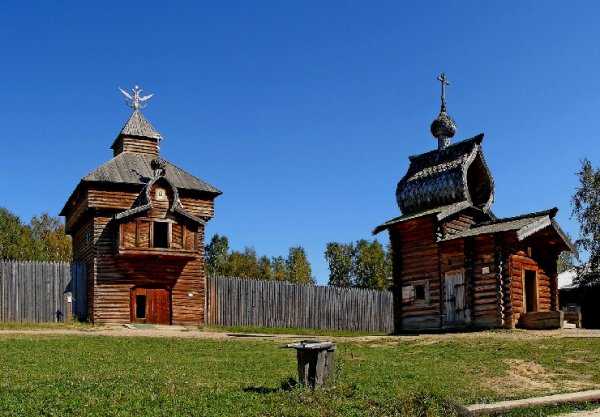 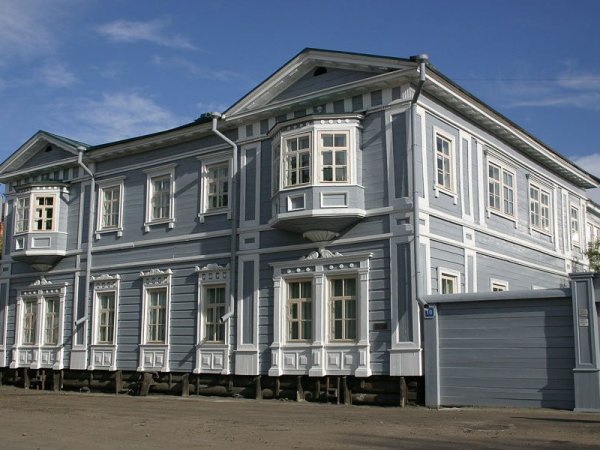 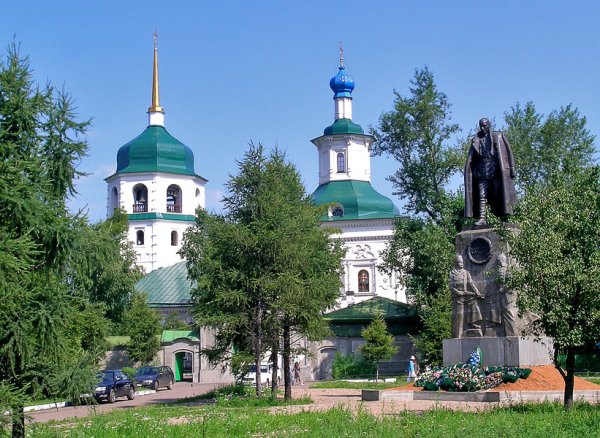 Not included in the tour:

Besides the above, we’ve got many more tours to choose from. Please visit Tours to Russia page to check all our 2021 offerings.