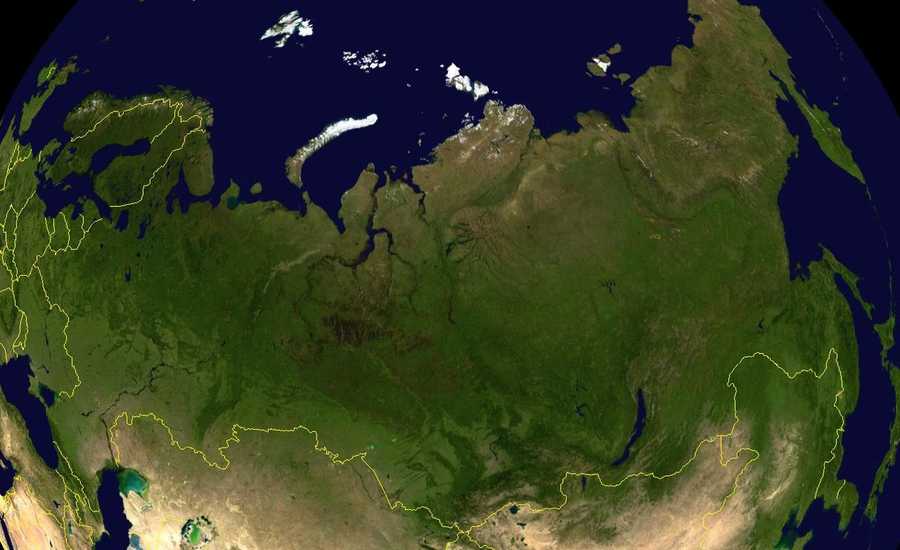 As you already know, Russia is huge. And with any big, complicated object, the best way to understand it is to first divide it into different parts. That is exactly what we will attempt to do here - divide and conquer. 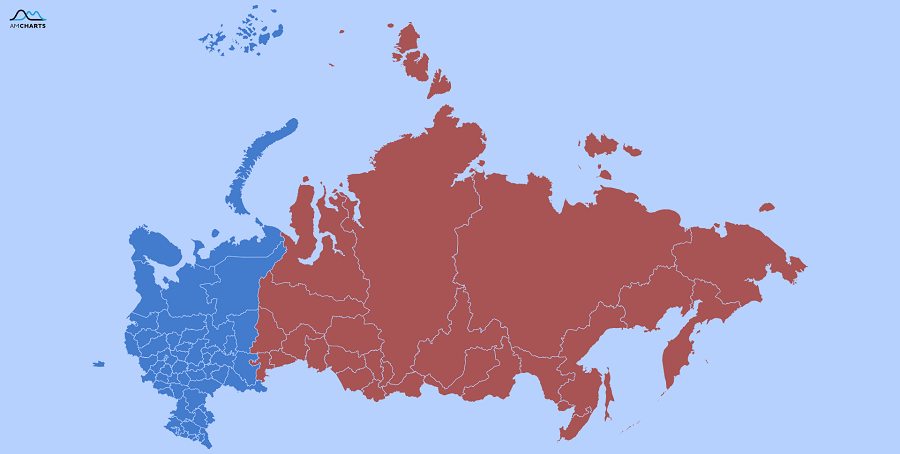 If you are travelling to Yekaterinburg, you might be interested to take a tour to the border of Europe and Asia.

It is also amazing how strikingly different Western Europe and the European part of Russia are. But hey, Russia isn't really very similar to Eastern Europe either! In Western Europe, most places are quite developed, covered with countless buildings and heavily populated by Western Europeans. In European Russia, there are longer rivers and deeper lakes than in Western Europe and of course, more beautiful swamps. The distance between the cities is also huge.

As we have just discovered, Russia is geographically divided into two parts: European Russia and Asian Russia. We will categorize Central, European North, North-West, European South (Northern Caucasus), the Volga region and the Ural region as part of European Russia. Asian Russia consists of Western Siberia, Eastern Siberia and the Far East. European Russia is more economically developed and has the highest population density as well as Russia's most modern and developed transportation and communication infrastructure. Historically, both the Russian nation and Russian state were formed in this area. 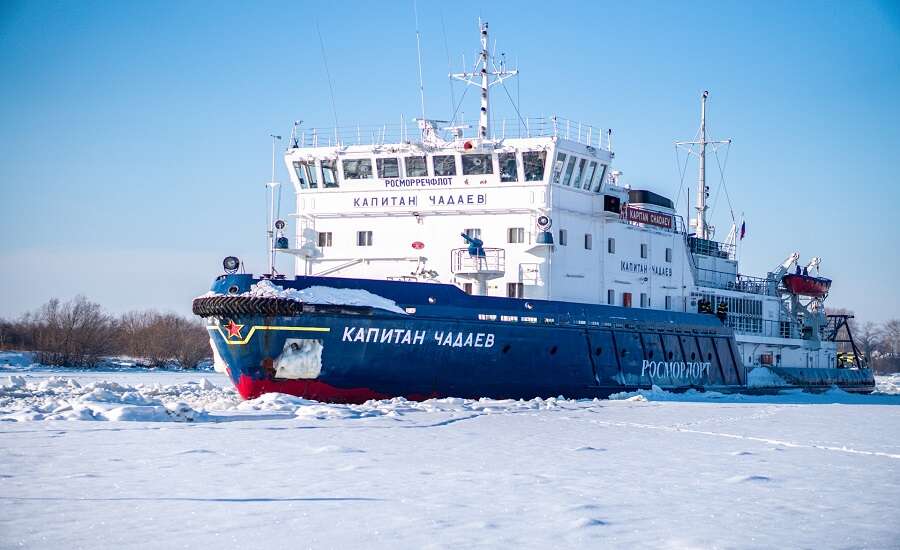 Photo by Anton Kraev on Unsplash

Russia also spreads across many natural zones - from the Arctic to the subtropics. These zones are usually defined by the varying correlations between warmth and moisture in specific areas. Depending on the zone, the way of life of the population, including their livelihood (farming and trade), productivity, clothes and hairstyles tend to vary greatly. 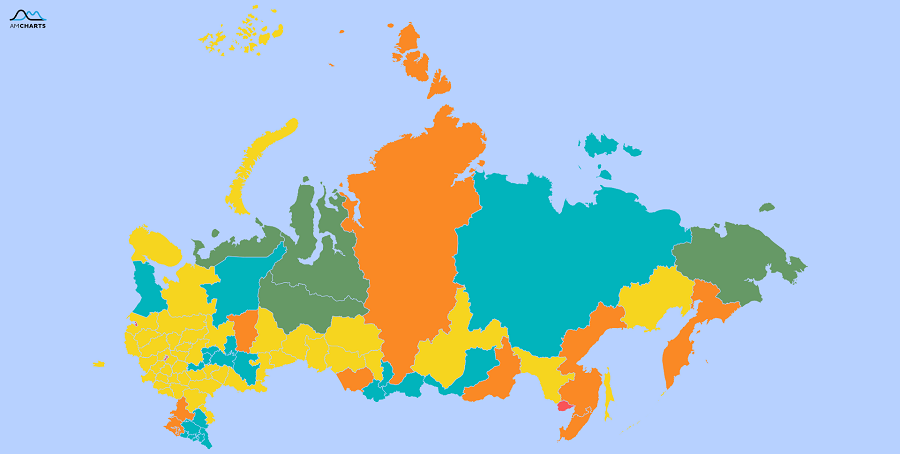 In addition to the geographical divide, there is also an administrative-territorial one. The country is divided into administrative regions mainly based on geography. In theory, the division of the country into regions is supposed to facilitate the following: general control; tax collection; social support systems such as schools, medical services, mail delivery, implementation of military conscription; ballroom dancing lessons, synchronized swimming, etc. Currently, the Russian Federation is divided administratively into 21 republics, 6 krays (federal territories), 2 federal cities (Moscow and St. Petersburg), 49 regions, 1 autonomous region and 10 autonomous areas. 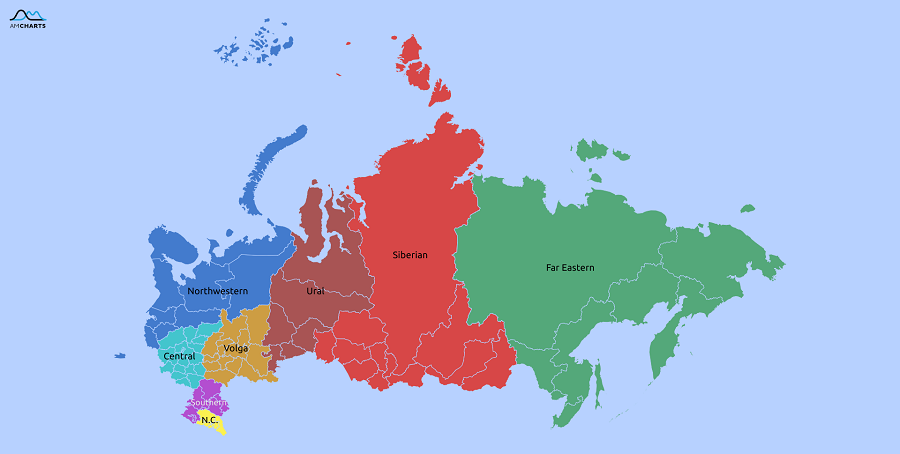 In 2002, in accordance with a Presidential decree, and purportedly to increase the efficiency of the state and facilitate greater control by the federal government, all subjects of the Russian Federation were combined into seven federal districts: North-West, Central, Volga area, South, Ural area, Siberia and Far East. Every federal district has a main city, sort of like the capital of the district. When you look at this structure it becomes much easier to understand and imagine the territory that we are talking about. In this section we will not only highlight these main cities, but also provide a tourist-oriented guide to them.

Russia is almost like a family of countries and as with every family there are older and younger members, both large and small, fat and thin, annoying and nice and smart and dumb. For example, several cities in central Russia are over 1000 years old (Moscow is approximately 850 years old) while the largest cities in the Far East only appeared between 130 and 140 years ago. Central Russia has a population of 45 million, in contrast with the Far East, whose population is a mere 7 million. At the same time, the Far East covers a territory of more than 6 million square kilometers, while the Center is spread over a mere 0.9 million square kilometers.