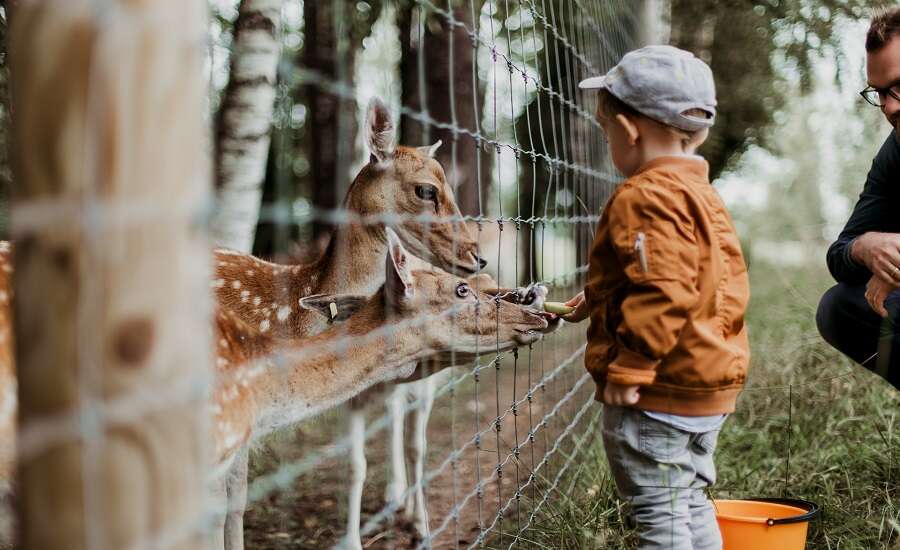 Photo by Daiga Ellaby on Unsplash

What are the best zoos to visit in Russia?

When planning a trip to Russia, what comes to mind? Museums, galleries, architecture perhaps. But Russia’s tourist sites are not just limited to art, history and culture: amongst Russia’s less well-known attractions are a number of fascinating zoos. As well as providing a home for thousands of species of animals, Russia’s zoos focus on conservation and education programmes. And animal lovers are in for a treat, as Russia’s vast territory is home to many rare species which you can see for yourself.

One of the largest zoos in Russia and established in 1933, the Novosibirsk Zoo is located in a forested area and is more similar to a reserve than a traditional zoo. Home to over 11,000 animals, the zoo protects 350 endangered species and participates in 77 international conservation programmes, dedicating huge efforts to scientific research as well as educational programmes for children and other visitors. Amongst the inhabitants of the Novosibirsk Zoo, you will find polar bears, black bears, white tigers, leopards, dolphins and even a liger (the offspring of a lion and tiger). The zoo is also home to many species of animals found only in Russia, such as Siberian lynxes and manul cats. The zoo’s forest location allows visitors not only to visit the animals, but to appreciate Siberian nature. If you’re lucky, your visit to the Novosibirsk Zoo will coincide with one of Russia’s prazdniki (national holidays), during which the zoo hosts festivals and celebratory events. 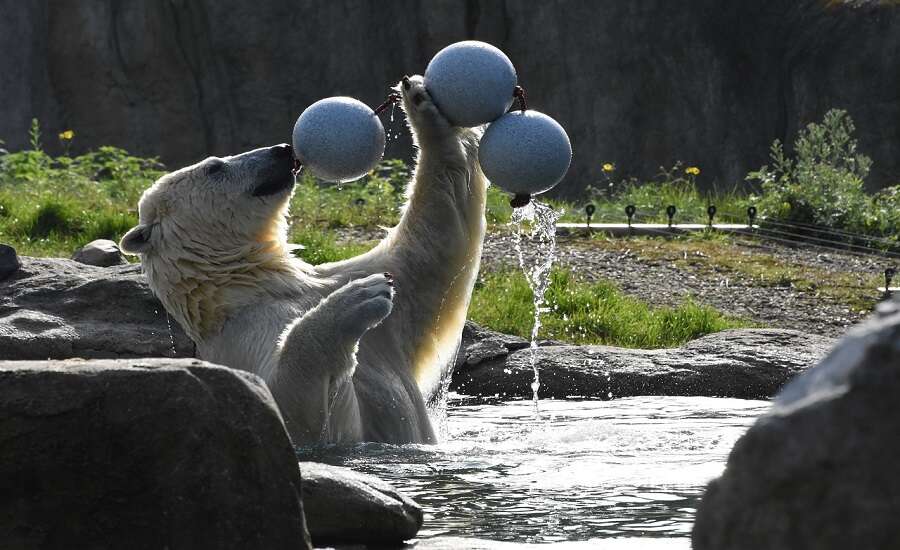 The oldest zoo in Russia, the Leningrad Zoo has been operating since the 19th century. It is part of St. Petersburg’s historical heritage and was a centre for zoological research in the Soviet Union. During the Siege of Leningrad, many of the zookeepers were awarded medals for staying with the animals. Today, the Leningrad Zoo allows you to appreciate the world’s biological diversity whilst in the city centre of St. Petersburg - specially designed enclosures ensure that no animals are uncomfortable in St. Petersburg’s cold climate. Twice a month, visitors can participate in free tours, games and feeding shows, and there are plenty of educational programmes for all ages. Visitors can see monkeys, owls, tigers, and even polar bears. There is a Children’s Zoo and horse-riding arena located in the complex which gives children the chance to interact with domestic animals.

The Izhevsk Zoo was opened in 2008 to celebrate the 450th anniversary of the Udmurt Republic joining the Russian state. It is one of the region’s principal tourist attractions, and one of the largest zoos in the Volga region. The Izhevsk Zoo focuses on supporting endangered species, which make up many of the zoo’s 300 inhabitants. The zoo’s larger residents live in ‘open’ cages designed with ditches, lakes and glass instead of metal bars. The different sections of the Izhevsk Zoo are based on animal habitats, and a number of the zoo’s inhabitants are native to Russia. The ‘White North area is home to polar bears, snowy owls and walruses; the ‘Far East’ to Amur tigers and leopards; the ‘Our Taiga’ to brown bears, wolves and lynxes; ‘Udmurt Village’ to domestic animals; and the ‘Lake’, to Koi carp. 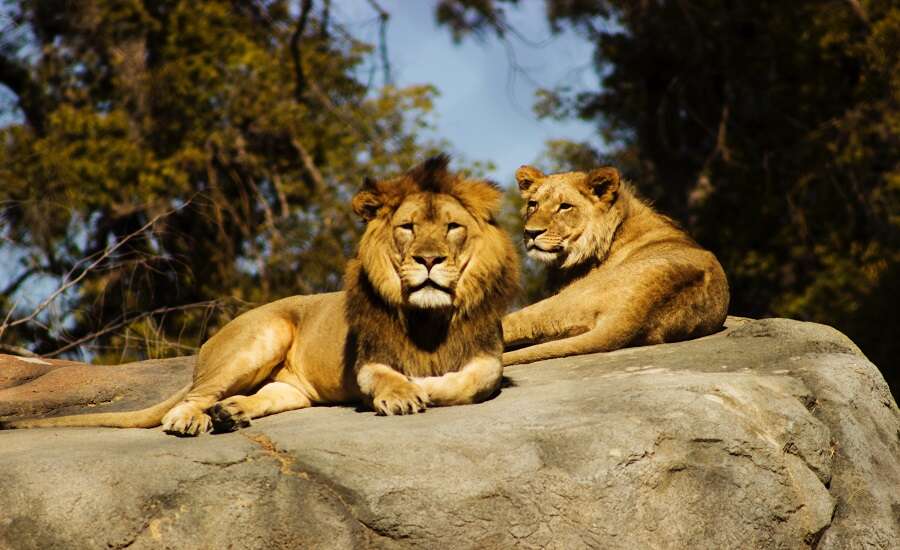 Photo by Jeremy Avery on Unsplash

The Moscow Zoo was opened in the mid 1860s as a ‘living museum outdoors’, and has since become the largest zoo in Russia. It was the first zoo in the world to establish an educational programme, whereby the zoo’s staff visited schools, universities and children’s clubs all over Russia to educate the public and encourage zoological research - a task which the zoo has endeavoured to continue up until the present day. Animals are housed in environments similar to their natural habitats, with sections based on geographical area. The zoo even constructed an ‘island’ for its larger residents to live on. Visitors can see big cats, birds of prey, polar animals, savannah animals, apes and much more. Frequent feeding shows allow visitors to see how the animals interact with each other and their surroundings.

The Rostov on Don Zoo

The Rostov Zoo is one of Russia’s biggest zoos. The zoo is involved in nearly 40 conservation programmes working with endangered animals, and works with scientific and public organisations around the world. Visitors can see many species native to Russia, join in daily excursions with the zoo’s experts, watch feeding shows of rhinos, elephants, chimpanzees, and flamingos, and can even become ‘guardians’ of animals at the zoo. The site contains a large and beautiful park, which is very popular amongst local people and gives visitors the chance to admire the local nature. Residents include bears, big cats, birds of prey, reptiles and many more. 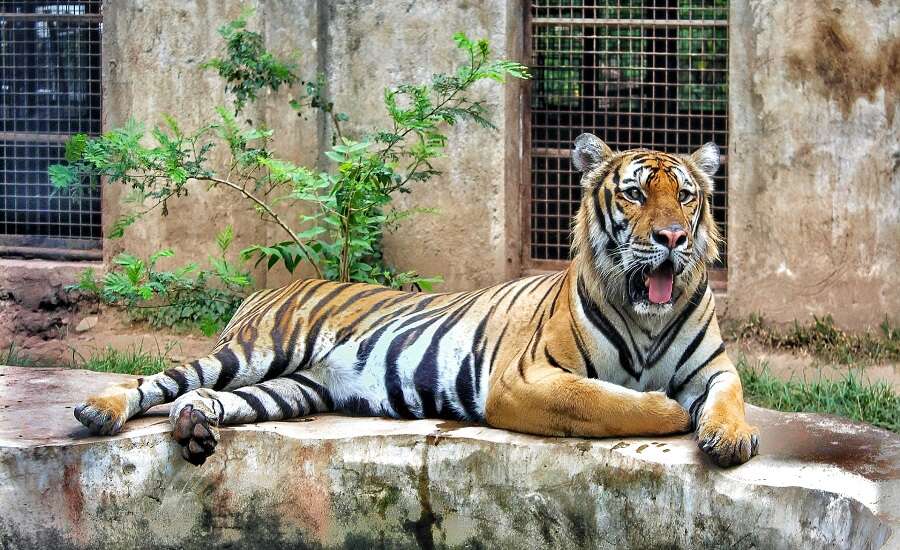 The Kaliningrad Zoo is located in the scenic city centre of Kaliningrad, Russia’s westernmost city. One of Russia’s oldest zoos, it was founded in 1896 in the German city of Konigsberg. Kaliningrad Zoo is distinct in that it not only houses over 2,000 animals, but also has an arboretum with many exotic and rare plants and trees, beautifully designed gardens with fountains, and a fascinating museum documenting the evolution of zoos over the centuries. Excursions include themed walking tours such as ‘Conquerors of the Air’, ‘Tropical Animals’, or ‘Predators of the Zoo’, as well as lectures about the zoo’s history and which conservation programmes are planned for the future. Animal expositions include a tropical house, the South American pavilion, terrarium and aquarium. As well as admiring the residents, visitors can interact with them - one section of the zoo is home to chinchillas, rabbits, ferrets and more, which visitors can play with. As well as, one of the Kaliningrad Zoo’s most famous residents - a talking raven named ‘Yasha’!

If you’re visiting Russia, don’t forget that the attractions aren’t limited to the historical or artistic, and there is something for everyone of any age.

Travelling with kids? Here are some ideas on fun activities for kids in Moscow and best family-friendly attractions in St. Petersburg. 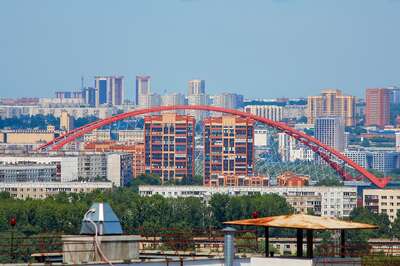 A city tour is a great way to get to know Novosibirsk. On this tour, you will see Alexander Cathedral, Lenin Square which features the vast Novosibirsk Opera House and the Novosibirsk...