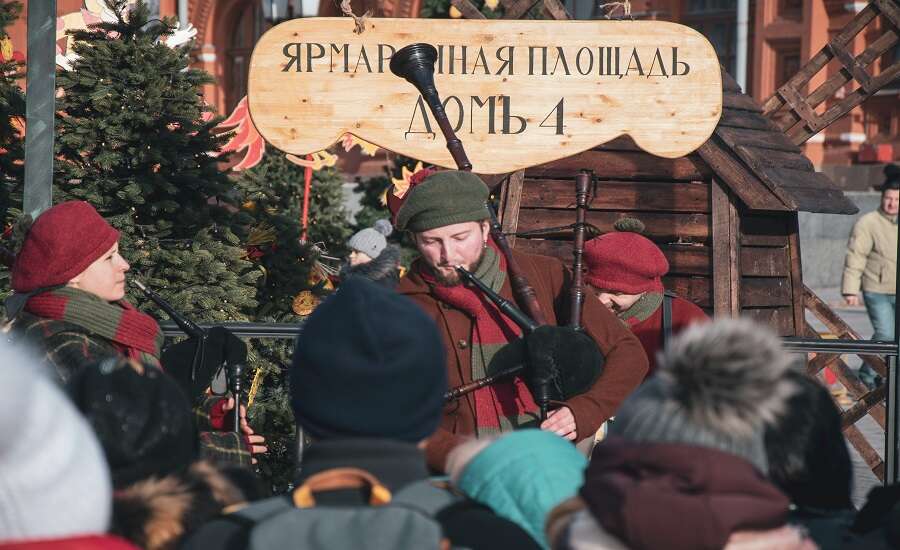 Photo by Aghyad Najjar on Pexels

What is Maslenitsa, and how do the Russians celebrate?

Maslenitsa is an Eastern Slavic traditional holiday marking Shrovetide, the last week before the beginning of Lent. Although now part of the Orthodox calendar, Maslenitsa retains many elements of Slavic folk and pagan traditions. Whilst Shrovetide in other branches of Christianity involves just one day of eating indulgent foods, the Orthodox festivities of Maslenitsa go on for an entire week. What is the history behind Maslenitsa, and how do Russians celebrate it today?

The History of Maslenitsa 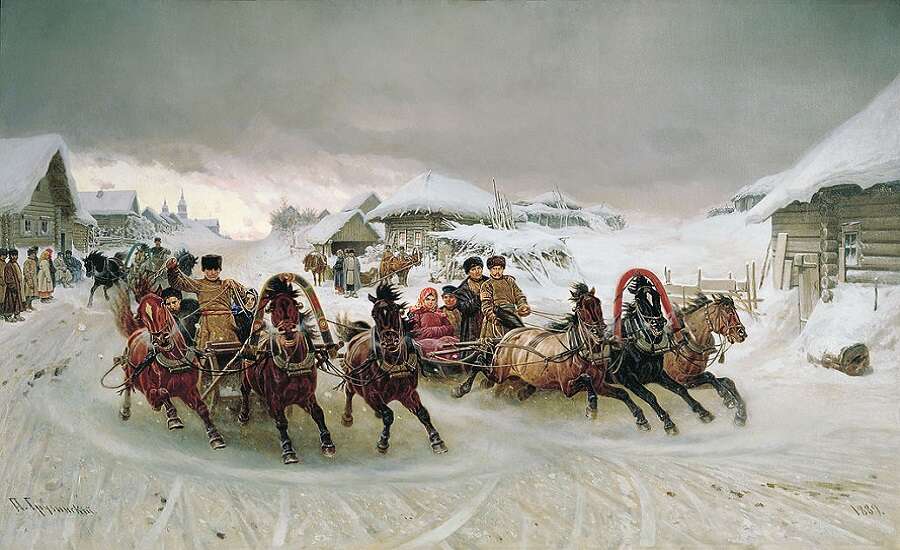 In pre-Christian times, Maslenitsa was a pagan festival welcoming the arrival of the new year, marked in the old calendar by the Spring Equinox. Maslenitsa celebrated the waking of the earth, banishing winter and welcoming spring. To bless the upcoming harvest, a scarecrow (representing fertility of the land) was burnt on the last day of the festival and its ashes scattered on the fields.

Maslenitsa was a celebration of life and death. Matchmaking was a key part of the week, and young couples would come together with their families for meals and celebrations in preparation for a wedding after Lent. Maslenitsa was also a chance for people to ‘warm their dead’ by including their ancestors in the festivities, visiting their graves, and eating traditional funeral foods. Another important part of the week was exchanging forgiveness with one’s loved ones.

It is said that pancakes are eaten at Maslenitsa as they represent the warmth and shape of the sun. However, the plentiful feasting of pancakes on Maslenitsa originated with the funeral traditions so central to the festival - rich foods such as butter, cakes, cheese and pancakes were traditionally eaten at wakes. In fact, Maslenitsa takes its name from the Russian word for oil - maslo.

Did you know? As with other branches of Christianity, the first pancake was not eaten but was given to the poor. Some people actually dedicated the first pancake to the brown bear, whose emergence from its long winter hibernation represented the arrival of spring.

Maslenitsa’s carnival atmosphere brought the whole town together and involved singing, dancing, skating, and sleigh rides. At the height of the celebrations people indulged in rowdy and often dangerous activities such as fist fights, jumping through fires, and the ‘taking of the town’ - a mock battle over a mini fortress specially built for the festival.

This painting by Boris Kustodiev perfectly sums up the joyful carnival atmosphere of Maslenitsa: 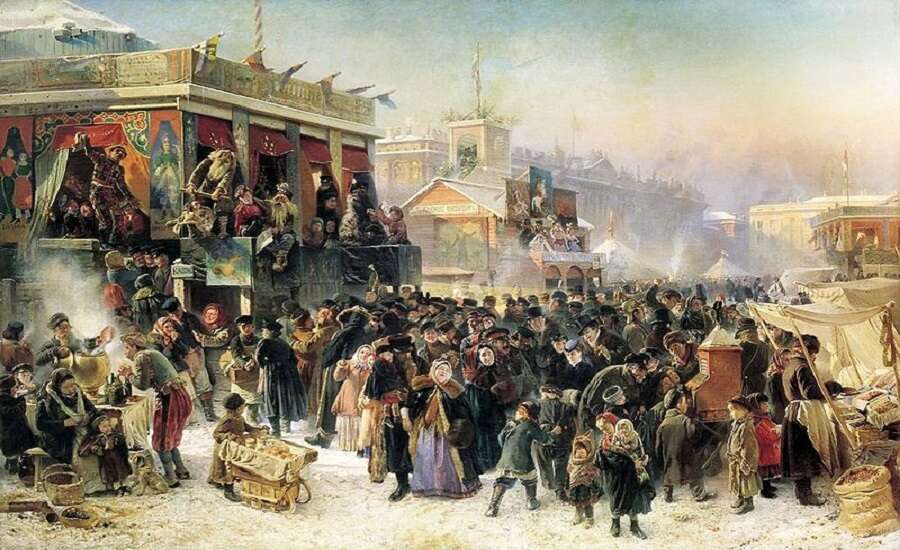 When Russia became a Christian country, Maslenitsa was fitted to the Orthodox calendar and coincided with the Lenten period. It was accompanied by a week of church services known as Syrnaya sedmitsa or ‘Cheese Week’. Whilst the church did away with many of Maslenitsa’s more unruly activities, the festival still retained many of its features. After all, at the root of this joyful holiday lay a respect for nature, the veneration of ancestors, marriage and forgiveness - something that both religions shared. The tsars positively encouraged the festivities, and under Ivan the Terrible, Maslenitsa was celebrated for two weeks!

Did you know? Maslenitsa is the only pagan festival which is celebrated by the Orthodox Church.

During the Soviet Union, the authorities attempted to impose ‘Red Maslenitsa’ as an anti-religious demonstration. This was unpopular and many people continued to celebrate Maslenitsa with their families, most commonly by preparing pancakes.

How is Maslenitsa celebrated today?

Maslenitsa is still celebrated with a week of festivities today. People arrange to see their friends and family, eat meals together, enjoy outdoor activities, visit their ancestors’ graves, and go to church. The first three days of the week are known as ‘Narrow Maslenitsa’, in which tasks are carried out in preparation for the weekend, and the last four days are called ‘Wide Maslenitsa’, when the work stops and the festivities really get going! Maslenitsa is commonly celebrated with the organisation of a large fair.

At the Maslenitsa Fair you can experience the joyful atmosphere of the festival and get a real taste of Russian culture. The fair has the atmosphere of a vibrant Christmas market (and usually the weather to match!) Enjoy sledging, ice slides, choir concerts, theatre performances and folk dancing, and check out local handicrafts and culinary specialties. Some Maslenitsa celebrations still include boisterous traditions such as fist fights, climbing a greasy pole, and ransacking the fortress! On the final day of Maslenitsa, a huge straw doll known as a chuchelo is burnt, and sometimes, wishes written on pieces of paper are also placed in the bonfire! Don't forget to put Maslenitsa on your "Must See" list during your vacation in Russia.

Did you know? As well as the burning of the large effigy, people also throw miniature straw dolls into the fire, to represent casting out their hardships.

There is a phrase - ‘Без блина не масляна’ - Without pancakes, there is no Maslenitsa. Feasting on pancakes is still an important part of Maslenitsa, and tradition stipulates that pancakes should be cooked every day! Popular fillings include condensed milk, honey, cottage cheese, sour cream, caviar and varenye, homemade jam. If you’re not able to visit the Maslenitsa celebrations, why not find a recipe to make your own Russian pancakes at home!

Which Maslenitsa fairs can you visit in 2020?

This year, Maslenitsa is celebrated between 24th February and 1st March. There are a large number of fairs organised in St Petersburg, Moscow, and all over the country. 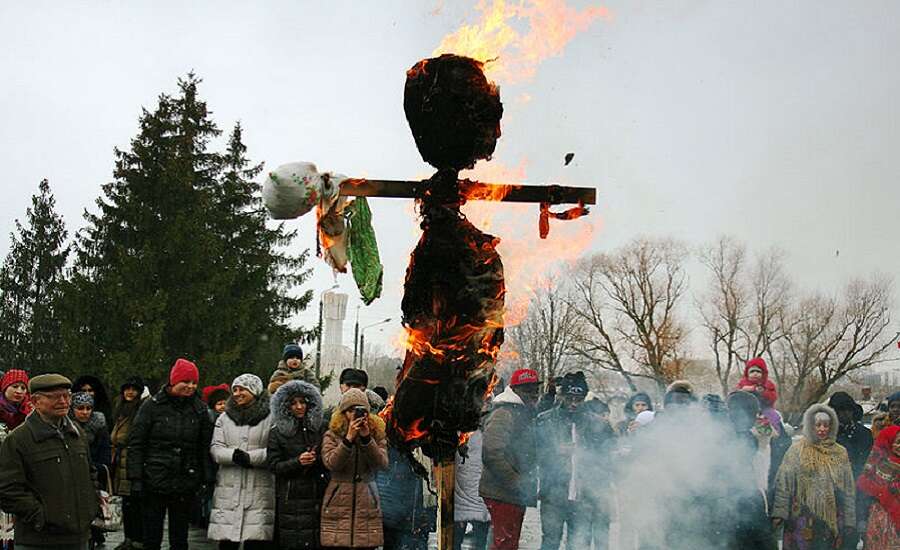 Maslenitsa 2.0 Festival is held in the 300 Years Park. The seafront celebrations include folk games, traditional Russian cuisine, fireworks, and a performance by the Buryanovsky Grannies, who came second in Eurovision in 2012. The festival takes place on 1st March.

A big fair is organised in Kirov Park of Art and Culture, Yelagin Island. There will be a three-day craft fair and traditional festivities taking place on the final day of the fair, such as folk dances and singing. Taking place from 29th February - 1st March.

Celebrate Maslenitsa in the grounds of an imperial residence, Pavlovsk Park. Enjoy the folk orchestra, watch races and mock battles, and try your hand at making a mini Maslenitsa doll. Why not combine a visit to the festivities with some cross-country skiing in the park? From 29th February - 1st March.

Maslenitsa celebrations are hosted in the Peter and Paul Fortress right in the city centre. Visitors can enjoy a large concert programme, military songs, Cossack performances, and an enormous ice slide. Taking place on 1st March. 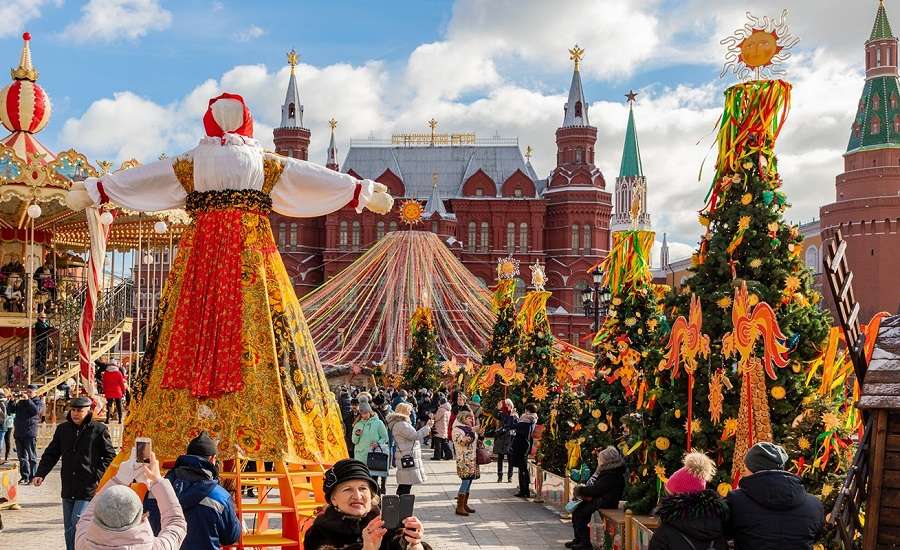 Visit the fair on Revolution Square, where over one hundred representatives from different countries will come to share their Shrovetide traditions, traditional costumes and folk games.

The Moscow Maslenitsa festival is held in Izmailovsky Park. Visitors are treated to concerts, theatre and dance performances, can experience folk activities such as fistfights and tug of war, and join in a culinary masterclass to learn how to make proper Russian pancakes.

Make the most of the winter weather with the ice rink on Tverskoy Square. Around the edges is the Maslenitsa pancake fair, with all sorts of delights sold from little chalets - make sure to try some of the Russian specialities!