Yelagin Island and the Central Park of Culture and Leisure, St. Petersburg

Sports: Ski, skate, sled, swing, scoot and sail— choose your pick! The rental stations on the is-land have all sorts of wheeled contraptions and much more available for a few hundred rubles.

Culture: The Soviets weren’t exaggerating when they christened Yelagin the Central Park of Cul-ture. For a stirring classical music concert or a night of jazz under the stars, leave the tourists at the Mariinsky and join the locals in Yelagin Palace.

Creativity: Leave the commotion of the city on the bridge to Yelagin and let the lazy rivers, heavy-headed tulips and the cool shade of the grottos carry your imagination away! Unleash your newfound artistry at the glassworks or the art workshops at the Dacha of Creativity. 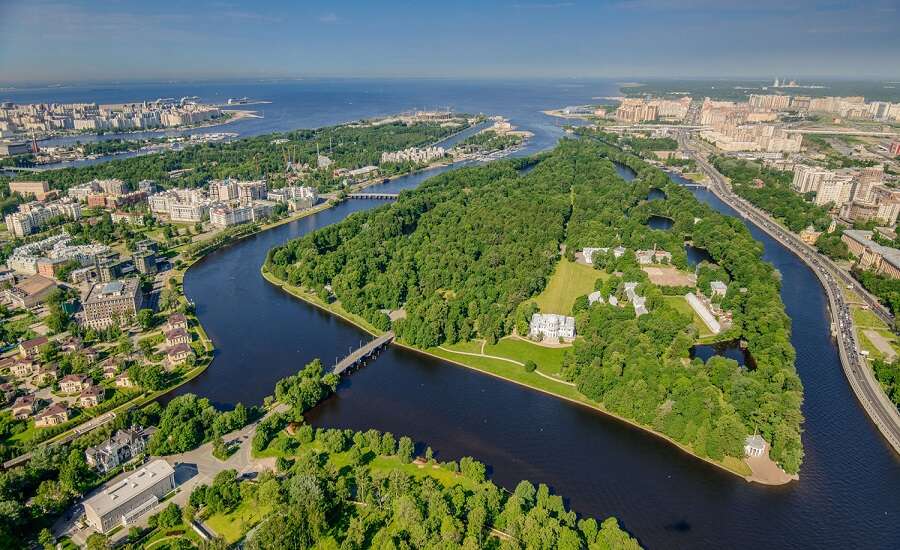 Untouched for centuries, Yelagin Island harks back to St Petersburg’s Finnish past. Reindeer still roam its 94 hectares of woodland. Wooden sailboats glide through its ponds in summer which later in the year freeze into ice skating rinks. And while the bears which gave the island its Finn-ish name Mistulansaari (literally bear island) may be long gone, the sense of other-worldly wil-derness still permeates the pathways and picnic spots of this enchanting island.

Upon her ascension to the throne as Russia’s sole ruler, Catherine the Great showered the sup-porters of her coup d’etat with gifts galore. One such fortunate ally was Count Ivan Yelagin. His loyalty during his tenure as her secretary was handsomely rewarded with the entirety of what was then known as Melgunov Island.

Encircled by the most northerly offshoots of the Neva, the island had served as a convenient country retreat for the aristocracy. For Count Yelagin (who, among other things, was the found-ing father of Russia’s Freemasons, a mystical alchemist and a poet) the secluded nature of the island was ideal. In search for the formulation of gold, he retreated to his island for months of clandestine research. Sadly, the Count’s fascinating laboratory-cum-palace was knocked down when his son sold the island off to Tsar Alexander I. 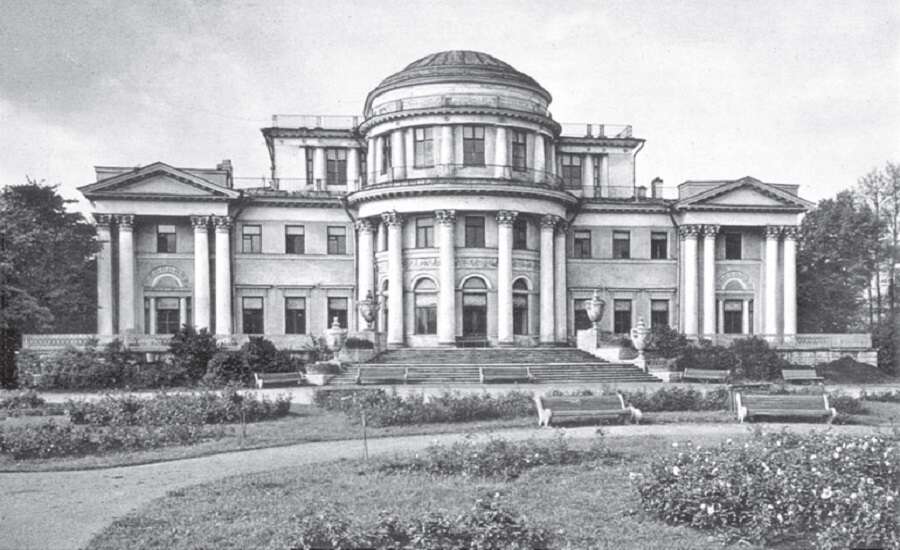 Steadfast and far-sighted, Empress dowager Maria Fyodorovna was adored and respected by all her ten children—especially Tsar Alexander. He commissioned the architectural maestro Carlo Rossi to transform Yelagin Island into a countryside retreat for Maria when she was too old to travel to the Peterhof and Pavlovsk estates. Rossi was careful to preserve the wild nature of the park—fashioning it in the English landscape style. With Maria being a tireless social-butterfly even in her old age, the marble gazebos and grottoes of Yelagin became the backdrop to the most impressive soirees of early 19th century Russia.

With the death of the socialite queen Maria, the grand parties held at Yelagin Island fizzled out. By 1826 Yelagin had been cast aside by the royal family. The park opened as a strolling spot for the noble classes and the palace was handed over as a summer resort for Prime Ministers.

Did you know? The palace burnt to cinders during the Siege of Leningrad. As soon as the war ended, the scorched remnants of columns and smashed murals were gathered up and the palace was rebuilt on the basis of Rossi’s sketches. Lucky Soviet workers holidayed like tsars at what was then a health resort until the palace was reverted to a museum.

With a wooden footbridge from Kamenney Ostrov as the only connection with the city to the south, Yelagin is a picture-perfect, leafy oasis. It is also the sole pedestrian-only island of St Pe-tersburg. Families come to skate down the alleys, row through the ponds and loll on the rolling lawns. On Saturday and Sunday evenings, couples dance the night away at the outdoor concerts while orchestras fill the Oval Hall of Yelagin Palace with live music each Wednesday evening.

With a farmyard, glassworks, a tree-top adventure park, art studio and a museum of applied arts and interiors from the 18th - 20th centuries, Yelagin truly is an island entire of itself. Come snow or sun, the island beckons young and old alike for a bit of adventure and a dose of culture shel-tered from the chaos of the city. 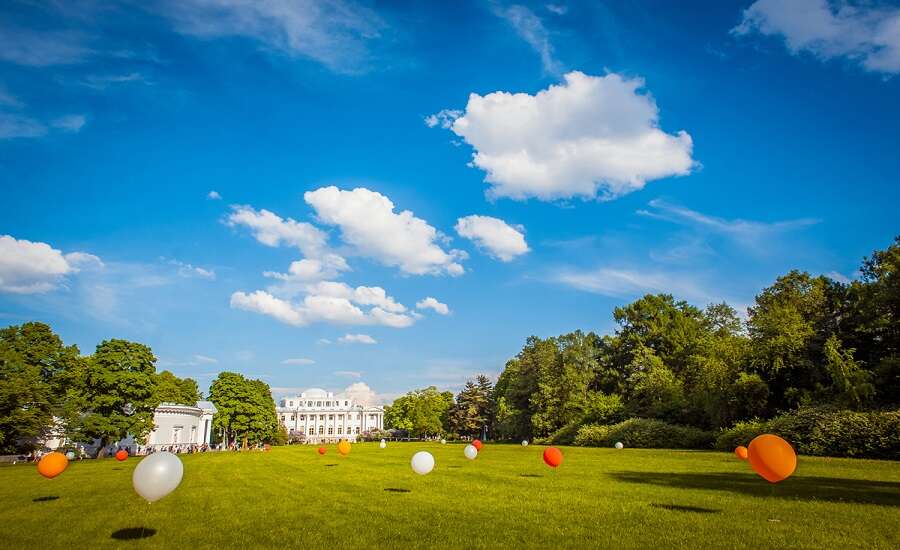 Yelagin Island through the Seasons

Maslenitsa: For a week each March, time on Yelagin Island winds back to the days of ancient Rus’. The Slavic festival of yore celebrates the end of winter with the burning of a giant doll and copious amounts of blinis. 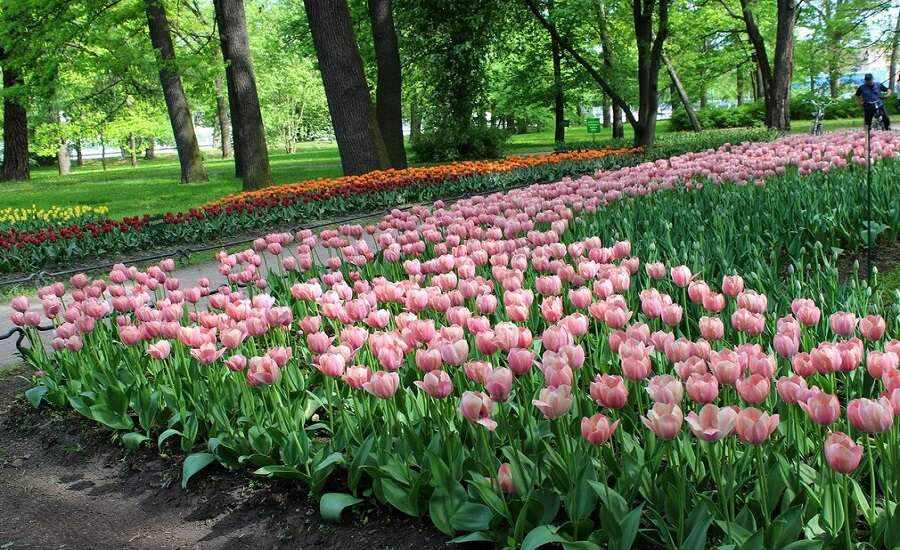 Cycling: Though the island is small enough to explore on foot, Yelagin’s wide avenues are per-fect for zooming down. All manners of wheeled contraptions from rollerblades to e-scooters can be rented out from kiosks on the island.

Boating: Take in the lush vistas of the park far away from the weekend crowds by setting sail on the island’s numerous ponds. Take a note from Empress Dowagers Maria and bring along a can-vas and easel to capture the tranquility as you float through the park.

Rope park: Sightseeing can take a toll on little uns’. Let them loose in the treetops at the rope park with peace of mind thanks to the super attentive staff.
International street theatre fest: Days of revelry and nights of drama await visitors on pop-up stages throughout the island during June. Tickets are best bought in advance. 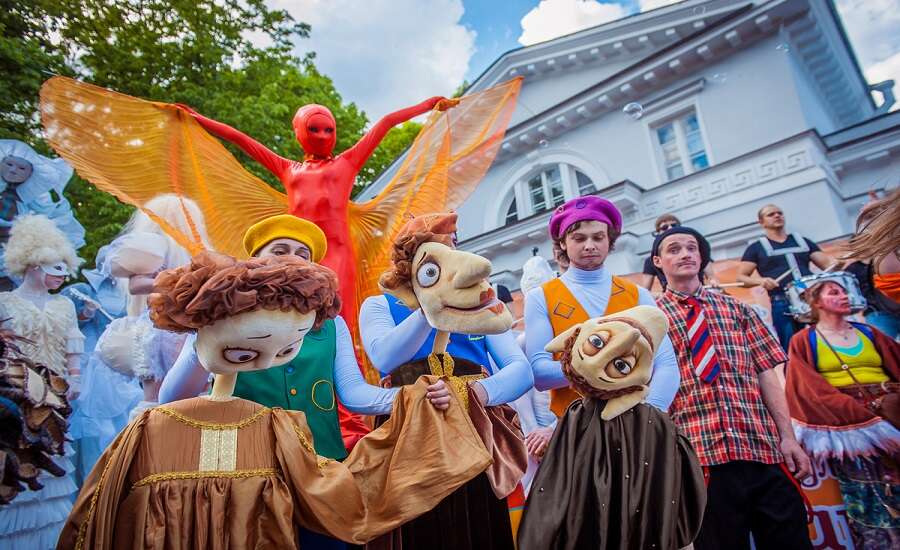 Ice Skating: If temperatures drop low enough, the ponds of Yelagin freeze over into magnificent rinks that are free to all. But even if the weather isn’t wintery enough, you can still enjoy a skate in the fresh air on the artificial rink from around November through March.

Cross-Country Skiing: With not so much as a hill to break the uniformity of St Petersburg’s land-scape, skiing seems an unlikely sport. Yet on crisp mornings determined Petersburgers swoosh through Yelagin Island in the droves. Rent out a pair of cross-country skis and join them on the snowy avenues of Yelagin. 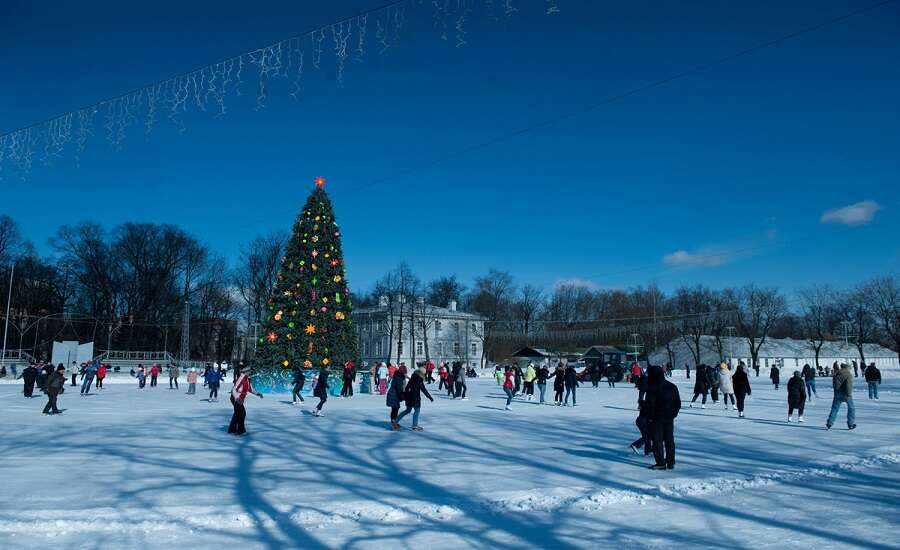 Petting Zoo: Marvel at the plumage of game birds, the antlers of reindeer and the antics of shag-gy goats at the island’s adorable menagerie of woodland and barnyard creatures. Little uns’ can even trot up and down the river bank on bonny ponies.

Palace: Housing the museum of applied arts and interiors of the XVIII to the XX centuries, it is unsurprising that the rooms of this palace are rather grand. From the floor-to-ceiling french win-dows opening on to glorious views to the flourishes of unexpected detailing on seemingly com-monplace tables, the exquisite taste of Empress Dowager Maria manifests itself magnificently throughout the palace— especially when under the soft candlelight of the costume balls held around New Year.