There is only one airport in St. Petersburg – Pulkovo. It used to have 2 separate terminals (Pulkovo 1 and Pulkovo 2), but in March 2014 a new terminal was opened which now caters for all flights – domestic and international. The airport is located 23 km away from the city centre. It has several shops, bars and cafés, restaurants, foreign currency exchange and ATM machines. There are also baby care facilities, mother and child room and play areas for kids. 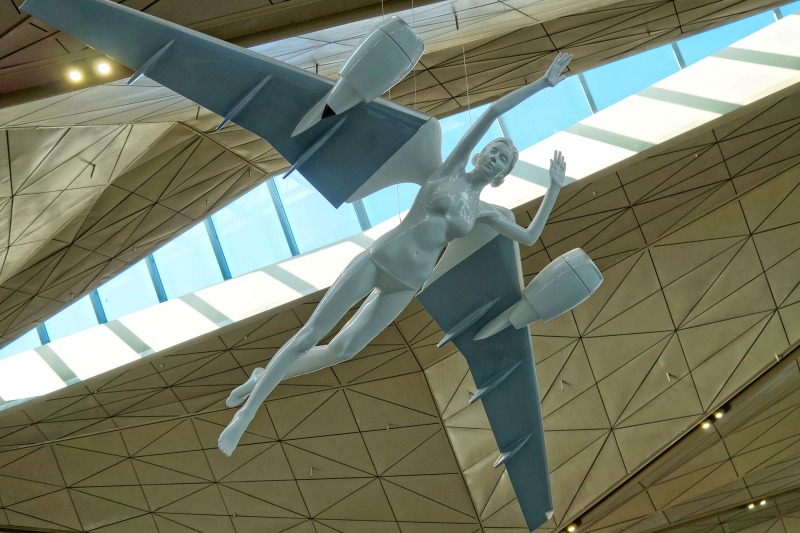 There are several options to get from the airport into the city.

Taxi:
Don't use the taxi drivers who wait outside the terminal as they charge extremely high prices. We recommend you booking a transfer with Express to Russia in advance. This is the safest way to avoid being overcharged.

Metro:
The nearest metro station to the airport is Moskovsky. It is on the blue line and you can get right into the historical heart without having to change lines.

There are 5 train stations in St Petersburg: Moskovsky Vokzal (Vokzal means station in Russian), Vitebsky Vokzal, Ladozhsky Vokzal, Finlandsky Vokzal and Baltisky Vokzal. The first 4 all serve long-distance passenger traffic as well as local service, but the last station only offers local services to nearby suburbs. All stations have foreign currency exchange booths and ATM machines. 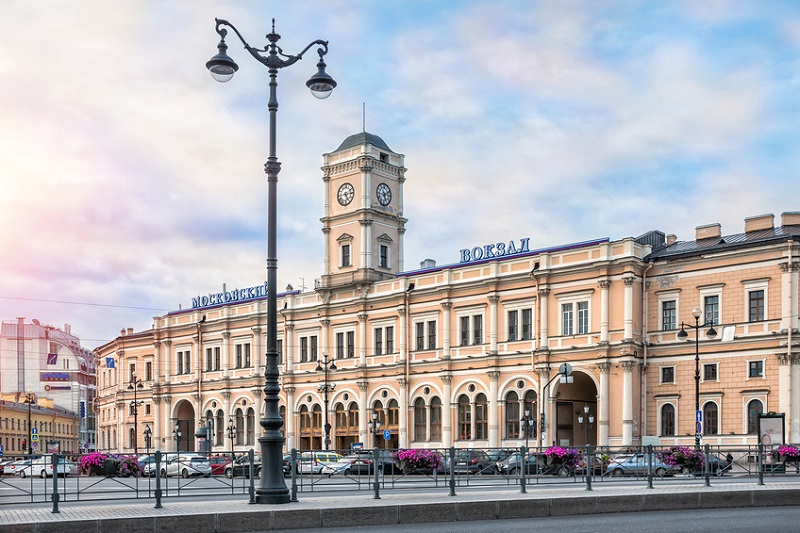 This is the main long-distance train station in the city and is located on Nevsky Prospect, right in the centre of the city. All major trains to Moscow leave and arrive here. The station also services the far north, the Crimea, Central Asia and the Caucasus. Transport from/to the station is very easy as the metro station Ploshad Vosstaniya is located in the station.
For information call: +7 (800) 775-00-00 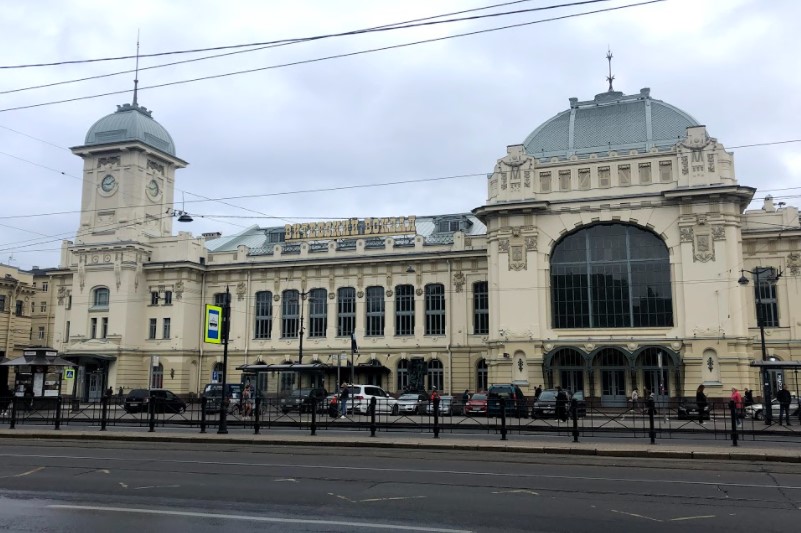 This is located on the edge of the centre of the city and has trains serving Europe, the Baltic States and the Ukraine. Transport from/to the station is very easy as the metro station Pushkinskaya is located in the station.
For information call: +7 (800) 775-00-00 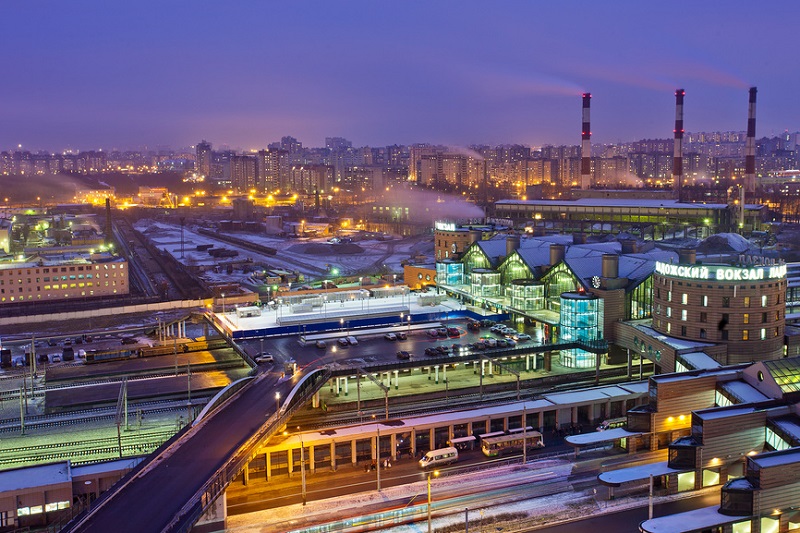 This modern station is located on the outskirts of the city and serves Finland and other northern directions e.g. Murmansk, Archangelsk, Petrozavadsk, Kostomuksha, etc. Transport from/to the station is very easy as the metro station Ladozhskaya is located in the station.
For information call: +7 (800) 775-00-00 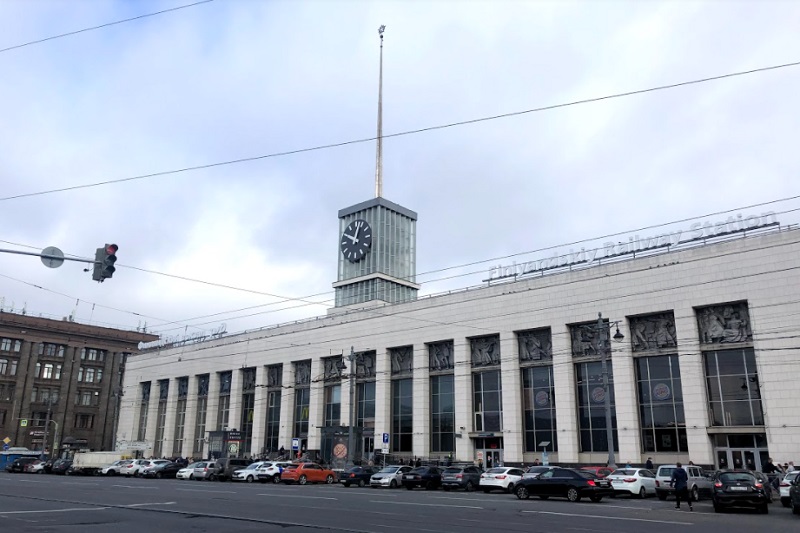 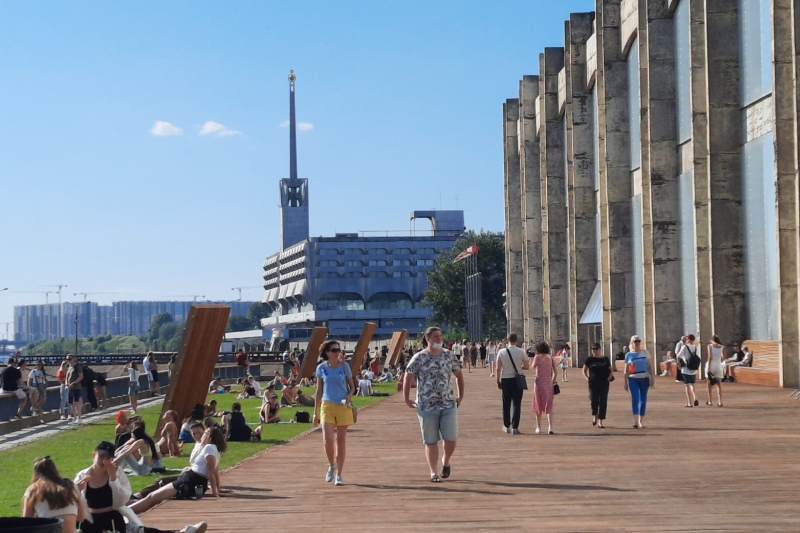 This terminal is located on Vasilevsky Island. This is where you'll arrive if you are travelling from Helsinki, Stockholm or Tallin. There is no metro station near the port, but if you go to the first bus stop on Bolshoy Prospekt then you can catch a marshrutka (minibus), any of K154, K183, K275 and K346, to Vasileostrovskaya metro station. This station is on the green line and if you go one stop to Gostiny Dvor you will be in the city centre.
For information call: +7812 337 20 60

The River Station, which is where all river cruises to/from Moscow and Northern Russian will arrive/depart, is located in the south east of the city. The easiest way to get into the centre of the city from here is to walk to Proletarskaya metro station. It is a 10 minute walk and to get there you turn left off the boat and it's about 400m down the road. This station is located on the green line and to get to the city centre, go 5 stops to Gostiny Dvor.
For information call: +7812 262 02 39 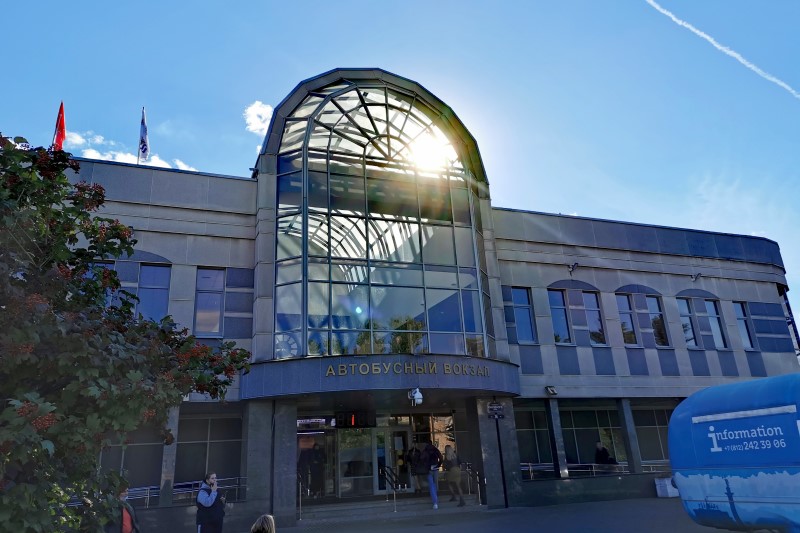 St. Petersburg Bus Station is station is located on Obvodny Canal Embankment, in a relatively central area of St. Petersburg and has a café, if you happen to miss your bus. To get from the bus station into the centre you can either catch a taxi or walk 15mins to the nearest metro station, Ligovsky Prospekt, which is on the orange line.
For information call: +7812 766 57 77