What’s the history of the Mariinsky Theatre?

For centuries, the Mariinsky Theatre has presented the world with masterpieces of Russian ballet and opera and premiered the works of countless household names. Enjoying a ballet in the opulent Mariinsky Theatre, an opera in the modern Mariinsky-II, or a symphony concert in the Mariinsky Concert Hall is an unforgettable experience and the perfect way to acquaint yourself with the magic of Russian music and dance. 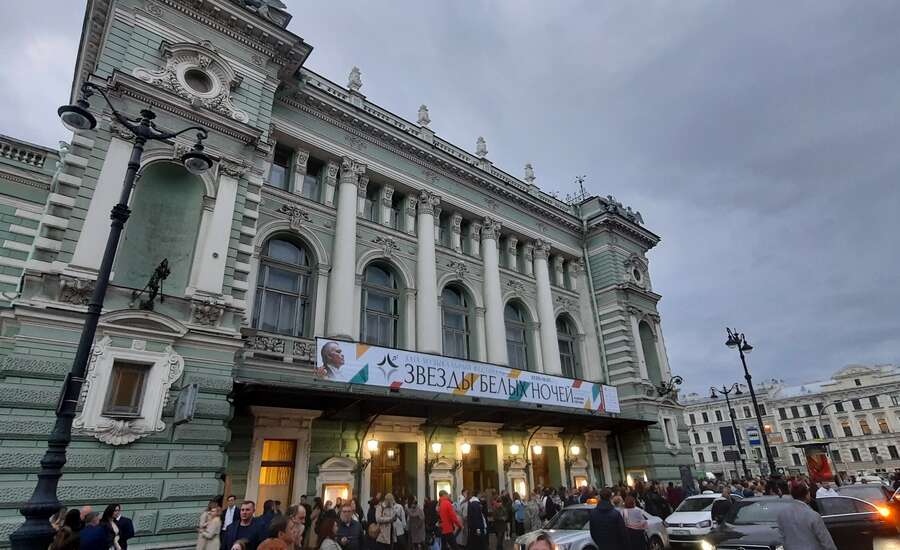 Photo by Expess to Russia staff

History of the Mariinsky Theatre

The Mariinsky Theater During Imperial Russia

The history of the Mariinsky Theatre begins with the foundation of the Bolshoi Kamenny Theatre on 12th July 1783. The Bolshoi Theatre (as it was then known – Moscow’s Bolshoi Theatre was not known by this name until 1825) ushered in the development of Russian ballet and opera and its performance in the imperial theatres, which had previously been dominated by French and Italian works. As the years passed, drama performances were increasingly held at the Alexandrinsky Theatre on Nevsky Prospekt, and opera performances at the Circus Theatre located opposite the Bolshoi Kamenny, while ballet performances remained at the Bolshoi.

After the Circus Theatre burnt down in 1859, a new theatre was erected on its site by Albert Kavos. Kavos named the new theatre Mariinsky, in honour of Empress Maria Alexandrovna, the wife of Tsar Alexander II. The theatre was erected in a mere year, with an auditorium accommodating 1,500 spectators and the biggest stage in the world. The first season of the Mariinsky opened on 2nd October 1860 with a performance of Glinka’s opera A Life for the Tsar. The Mariinsky’s distinctive and monumental form that we see today was constructed later, in the 1880s and 1890s. 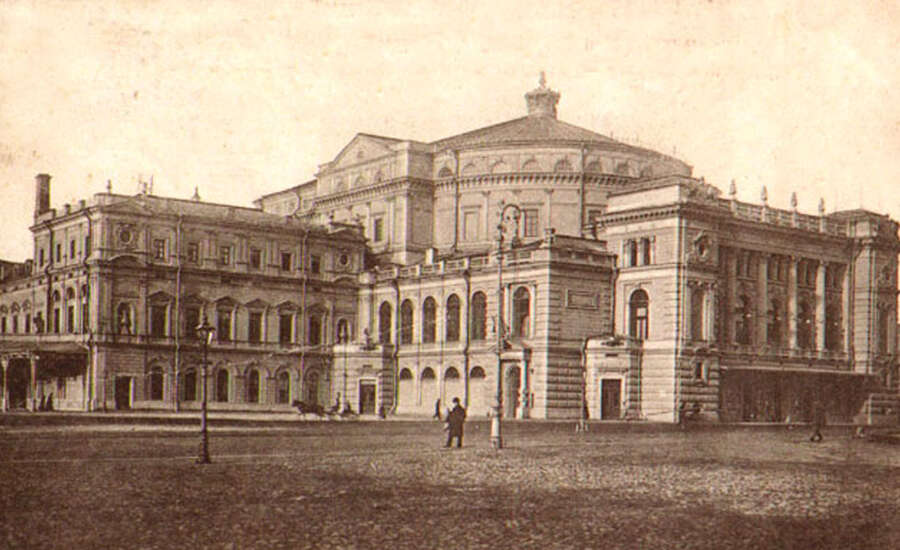 Did you know? The frequency of fires at the imperial theatres certainly kept Kavos in business: he also built the spectacular new Bolshoi Theatre in Moscow after it had burnt to the ground in 1853.

The second half of the 1800s saw the Mariinsky Theatre flourish, especially under the artistic direction of conductor Eduard Napravnik and ballet master Marius Petipa. During this period the works of eminent Russian composers, including Mussorgsky, Tchaikovsky, Rimsky-Korsakov, Rubenstein, and Borodin, were premiered. In 1886, the Bolshoi Kamenny Theatre was closed, and all ballet performances were moved to the Mariinsky, which became the principal imperial theatre. The old Bolshoi Kamenny was given to the Russian Musical Society, and later became the St Petersburg Conservatory. At the turn of the 20th century, the Mariinsky’s star-studded company included prima ballerinas Anna Pavlova, Tamara Karsavina, and Matilde Kshesinskaya.

Did you know? Matilde Kshesinskaya was the former mistress of Tsar Nicholas II and acquired much wealth through her court connections, including a mansion near the Peter and Paul Fortress. It was from the balcony of this mansion that Lenin addressed the crowds after returning to Petrograd from exile in Zurich, shortly before the October Revolution. Kshesinskaya was actually at home when Lenin and the Bolsheviks arrived.

On 9th November 1917, the Mariinsky Theatre was declared the property of the state. In 1935 it was renamed the Kirov Theatre in honour of Sergey Kirov, Old Bolshevik and close friend of Stalin, who had been assassinated the previous year. In the period immediately after the revolution, many of the Mariinsky’s artists left the country, feeling that their creativity, professional prospects, and safety were at threat. This feeling eased in the 1920s, and the Mariinsky company was soon built up again.

Did you know? World-famous opera singer Fyodor Chaliapin was the Artistic Director of the Mariinsky Theatre from 1918 to 1920.

19th century classics of ballet and opera continued to be performed at the Kirov theatre. New composers captivated the Soviet audience, including household names such as Sergey Profokiev, Igor Stravinsky, and Dmitry Shostakovich. Classical ballets were accompanied by modern performances in the style of drambalet – ‘dramatic ballet’ – which became the main genre of ballet in the early Soviet Union. As dance or music for the sake of beauty did not conform to Soviet ideology, drambalet was based on literary materials and characterised by pantomime-like gestures and expressions which conveyed the story – this took precedence over the symphony and the artistry of the dancer. The most famous drambalet performance was Romeo and Juliet by composer Sergey Profokiev and choreographer Leonid Lavrovsky, which premiered at the Kirov Theatre in 1940 and received the Stalin Prize. Other famous performances included Shurale by Farit Yarullin, which was the first Tatar ballet, Twelve by Boris Tishchenko, and Spartak by Aram Khachaturian, all choreographed by Leonid Yakobson.

The Kirov Theatre was evacuated to Perm after the outbreak of the Second World War, during which time they continued to perform. Following the end of the Siege of Leningrad, the theatre company returned to the city and opened the new season on 1st September 1944, with a performance of Glinka’s opera A Life for the Tsar (known as Ivan Susanin during the Soviet period). Incidentally, this opera was also the first performance given at the Bolshoi Theatre in Moscow when it reopened in 1943.

Did you know? Work is currently ongoing to build a metro station by the Mariinsky Theatre, Teatralnaya, which should open in 2023.

What can you see at the Mariinsky Theatre?

What can you see at the Mariinsky Theatre? 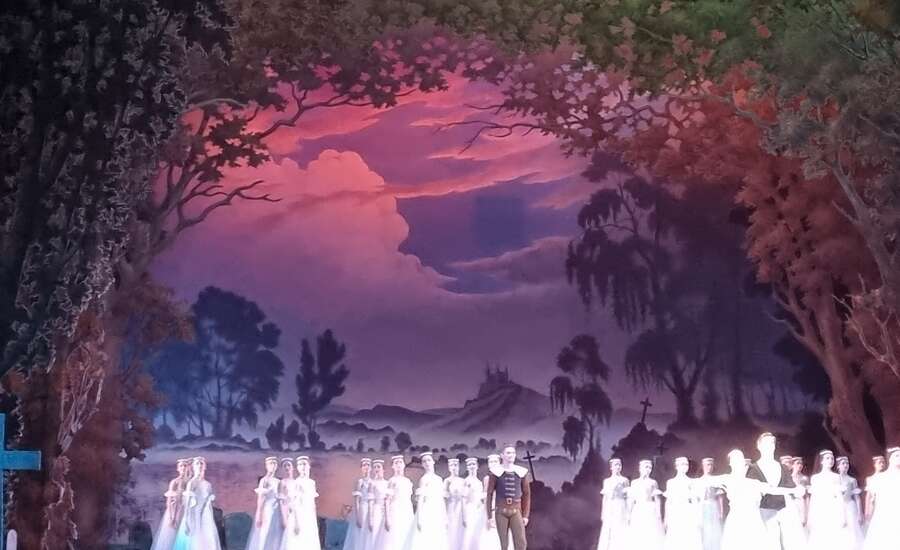 The Mariinsky Ballet (also known by its previous name the Kirov Ballet) is one of the world’s leading ballet companies, whose history began in 1738 with the foundation of the first Russian dance school, attended by children of the Winter Palace’s staff. Marius Petipa’s 6 decade career as Principal Master had a formative influence on the Mariinsky Ballet, developing spectacular multi-act grand ballet, and choreographing some of the most famous performances in the Mariinsky’s repertoire. Petipa had a close relationship with Tchaikovsky, and their shared belief that dance could be as poetic and rich as the symphony accompanying it led to the creation of masterpieces such as Sleeping Beauty, The Nutcracker, and Swan Lake (the latter two were choreographed with Lev Ivanov). These performances remain in the Mariinsky Ballet repertoire today.

The Mariinsky Ballet company employs over 200 dancers, and is directed by Yury Fateyev. Its performances are held in both the Mariinsky Theatre and Mariinsky-II. The ballet company’s style is characterised by its elegance, purity of form, and attention to detail, thanks to the ‘Vaganova Method’ devised in the 1920s and 1930s by Agrippina Vaganova, which focusses on upper body core strength and fluid arm movements. The Vaganova Academy of Russian Ballet is the Mariinsky’s associate school.

Italian opera had a continuous presence at the Mariinsky throughout its history, but in the 19th century composers increasingly sought to create opera which was distinct to Russia and addressed its history, culture and literature. Some of the most famous Russian operas were premiered at the Mariinsky Theatre during the mid to late 1800s, such as Mussorgsky’s Boris Godunov, Tchaikovsky’s Eugene Onegin, and Rimsky-Korsakov’s The Snow Maiden. Czech composer and conductor Eduard Napravnik led many world-famous premieres during this period as Principal Conductor of the Mariinsky Theatre. These works from the ‘golden era’ of Russian opera, as well as later works by Rachmaninoff, Stravinsky, Shostakovich and others, make up the base of the Mariinsky’s repertoire today. Famous European operas are also performed. The opera playbill for the 2020 theatre season includes Eugene Onegin, The Maid of Pskov, The Snow Maiden, and Carmen, and operas are held in all three branches of the Mariinsky Theatre. 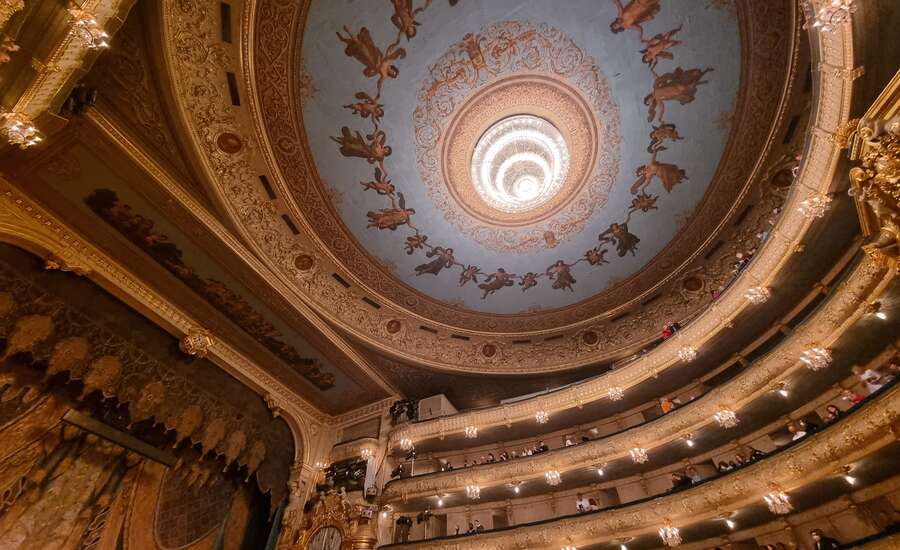 Did you know? Operas performed in Russian and other languages have English subtitles on a special screen.

The Mariinsky II was opened in 2013 as the primary opera house of the Mariinsky. It is one of the largest concert venues in the world, and can accommodate over 1,800 spectators. Its modern form, made of glass, steel and limestone, is starkly different from the historical Mariinsky, and evoked criticism from St Petersburg’s residents. Its interior is made of marble and onyx, with a glass staircase illuminated by Swarovski chandeliers.
Address: Ulitsa Dekabristov, 34
Box office open daily from 11:00 to 19:00, with a break from 14:00 to 15:00

Did you know? The Mariinsky II has a roof terrace which is opened to the audience one hour before the start of a performance, and which offers beautiful views over St Petersburg.

The Mariinsky Concert Hall was opened in 2007 on the site of the former set workshops of the Board of Imperial Theatres, which created the Mariinsky’s sets for over a century. After a fire burnt the workshops down, the decision was made to construct a concert hall on this site, retaining the elements of the historical façade which had survived. It is the only purpose-built concert venue in Russia with such technology and acoustics. The concert hall hosts operas and concerts by Russian and international composers, performed by Russian and international artists.
Address: Pisareva Ulitsa, 20 – entrance from Ulitsa Dekabristov, 37
Box office open daily from 11:00 to 19:00, with a break from 14:00 to 15:00

Tickets for the Mariinsky Theatre

Tickets for the Mariinsky Theatre can be purchased on the theatre website, at the theatre box office, or from officially licensed vendors. If you decide to book online, do so only through the official website, as third-party vendors usually add huge mark-ups to the tickets.
Matinee performances are cheaper than evening performances. An evening performance of a famous ballet at the historical Mariinsky or Mariinsky-II will generally cost between 2,000 and 12,000 roubles, and an evening opera between 650 and 5,000 roubles. Tickets for the Mariinsky Concert Hall are cheaper. Make sure that you purchase a full price ticket, as discounted tickets on the website are only available for Russian citizens.

Dress code at the Mariinsky Theatre

There is no strict dress code for attending the Mariinsky Theatre. An acceptable outfit for a man would be a nice shirt, smart trousers and shoes, and for a woman, smart trousers and top or an elegant dress, with heels or nice boots. If you wish to wear full evening dress, you will certainly not look out of place – attending a performance at the Mariinsky Theatre is a real occasion, and Russians take real pride in their appearance. For more tips on what to pack for a trip to Russia, check out our article.