What’s the history of the Ostankino Tower? 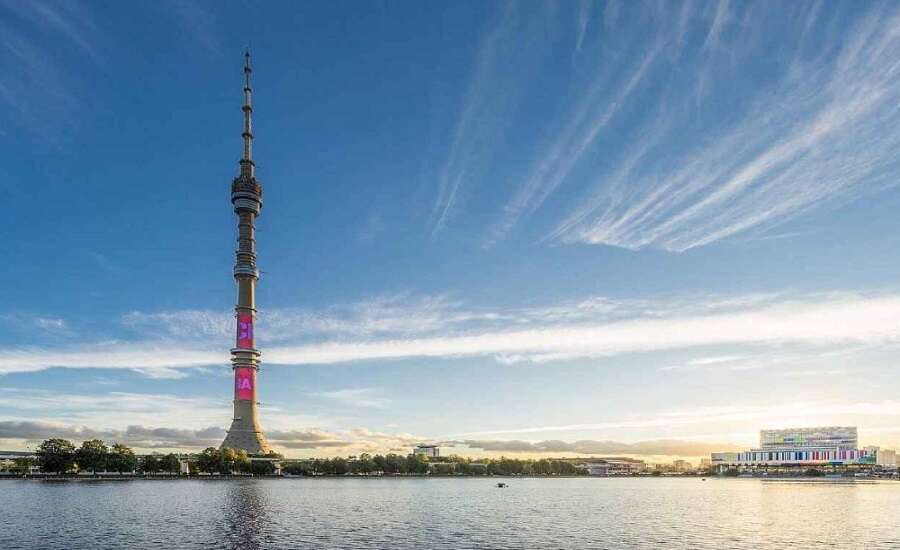 The Ostankino Tower is the tallest structure in Europe, broadcasting television and radio throughout the Moscow region. As well as being an architectural marvel, it is a tourist center complete with multimedia exhibitions, two observation decks, and a restaurant complex high in the sky.

History of the Ostankino Tower

The history of broadcasting in Russia began on 7th May 1895, when Alexander Popov invented Russia’s first radio receiver. This date is celebrated as Radio Day in Russia every year. The Soviet authorities realised the vast potential of radio as a means of communication and dissemination of propaganda, and so Lenin commissioned the country’s first radio station and tower – the Shukhov Tower – in 1919. The tower was so important that Lenin personally arranged for army supplies of steel to be allocated for its construction. To learn more about the Shukhov Tower and other Constructivist buildings in Moscow, check out our article.

In 1926, Lev Termen, a student at the Petrograd Polytechnic Institute, created a working television. This too caught the Soviet government’s attention, and they began broadcasting regular programmes in October 1931 and built the Moscow Television Centre in 1938. Yet as the popularity of television continued to skyrocket in the post-war period, the Shukhov Tower could no longer meet the demand. In 1955, a decree was signed to create the All-Union Television Centre, whose 500-metre antennae could reach every household within a 120km radius. This ‘TV program factory’ would provide entertainment and information to ten million people.

The chosen site for the new television center was the Ostankino Forest Nursery, and a competition to design the television tower was launched. After the original competition winner proposed by the Kiev Design Institute was rejected by the architects, Nikolay Nikitin designed a tower made from concrete reinforced with steel cables. The Ostankino Tower was finally opened on 5th November 1967, with a last-minute change increasing its height from 505 to 540 metres. For this feat of engineering Nikitin and his team were awarded the Lenin Prize in Science and Technology.

Did you know? The Ostankino Tower was the second tallest structure in Europe until 1991, when the 646-metre Warsaw Radio Tower collapsed. After its collapse, the Poles jokingly referred to it as ‘the longest tower in the world’.

The Ostankino Tower instantly became one of Moscow’s landmarks, as it was not merely functional but also a tourist attraction. The ten storeys between the altitude of 325 and 360 metres housed not only equipment but an observation deck and three-storey restaurant complex which opened its doors to customers in 1969.

Did you know? The Ostankino Tower was one of the first members of the World Federation of Great Towers, which includes the Eiffel Tower, Taipei 101, the Burj Khalifa, and the Empire State Building.

As the primary broadcast centre of Russia, the Ostankino Tower was at the centre of the action during the 1993 Russian constitutional crisis. As part of their campaign to unseat Yeltsin from power,

on 3rd October 1993 Ruslan Khasbulatov and Alexander Rutskoy incited crowds of protestors to seize the mayor’s office and the Ostankino Tower. Armed anti-Yeltsin demonstrators were met by the army at the Ostankino Tower, leading to a battle where dozens of people were killed. Nevertheless, broadcasting resumed later that evening.

Did you know? The ten days of conflict which took place during the 1993 constitutional crisis were the deadliest incident of street-fighting in Moscow since the October Revolution.

On 27th August 2000, a huge fire broke out on the Ostankino Tower at a height of 450 metres. It took 2,400 people, 40 fire brigades, and 4 firefighting helicopters to extinguish the blaze. 3 people died, when high temperatures snapped the cables of their lift cabin. The reconstruction effort of the Ostankino Tower took many years – the observation deck only reopened in 2011, and the restaurant in 2016.

Every year an unusual race takes place at the Ostankino Tower. Athletes must ascend the 1,704 steps from the ground floor to the 337-metre observation deck. Although the race length is only 656 metres, as the staircase has no natural light, is only one metre wide and the inclination of the stairs ranges from 39 to 56 degrees, this is not a race for the faint-hearted. In fact, the Towerrunning World Association ranks it as ‘Factor 200’, the second-most difficult race that they organise.

Did you know? The race record was set in 2018 by elite tower runner Christian Riedl, who reached the top in 9 minutes and 51 seconds!

What can you do at the Ostankino Tower?

What can you do at the Ostankino Tower?

Facts and figures about the Ostankino Tower:

The restaurant complex at the Ostankino Tower occupies three floors between the altitude of 328m and 334m. Panoramic windows give diners an unparalleled view over Moscow. As it is a revolving restaurant all diners can enjoy the same panorama, so you should not worry about booking a specific table! You can rent an audio-guide during your visit to the restaurant complex which will tell you all about the history of Europe’s tallest tower. 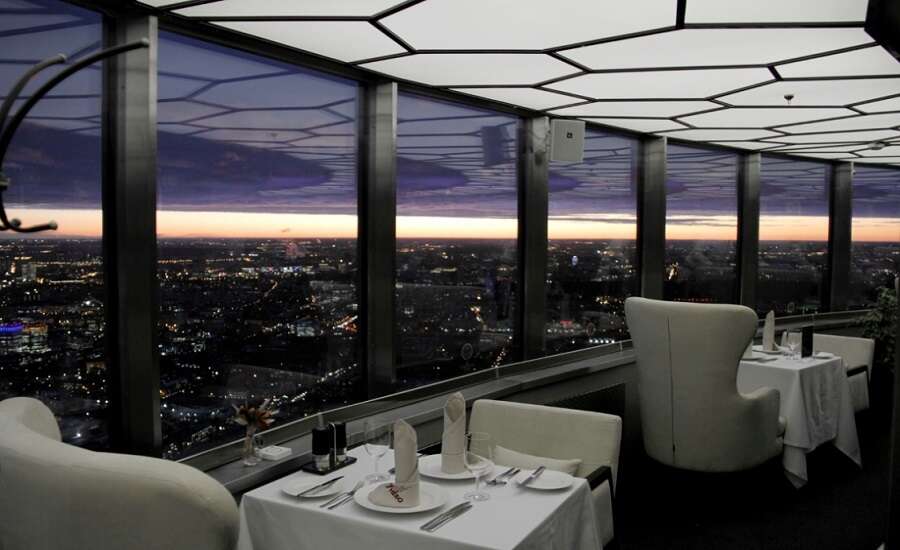 Did you know? This was the first revolving restaurant in the USSR! It takes 40 minutes to complete a full rotation.

The lower floor of the complex is home to the 7Nebo (7th Heaven) restaurant. The upmarket restaurant serves Russian and European cuisine (starters range from 300₽ to 2150₽, salads from 450₽ to 1500₽, hot dishes from 850₽ to 2950₽). On the middle floor is a café serving a simpler menu of Russian and European dishes (salads and soups from 350₽ to 950₽, and hot dishes from 550₽ to 1300₽). On the top floor is a coffee bar. · Opening times and menus for the restaurant, café and coffee bar can be found here.

The Ostankino Tower is the only place in Moscow where you can grasp the true size of Europe’s largest city, with a view which you would normally only appreciate from an airplane. Visitors can admire this panorama from two observation decks: a glazed deck at a height of 337 metres; and an open-air deck at 340 metres. The glazed observation deck even has a glass floor which can bear a weight of 3 tons. Access to the open-air observation deck is only possible from May to October and in favourable weather conditions. You can use the telescopes installed on the observation decks to spot Moscow’s other landmarks.

You can also take a guided excursion to the technical areas of the Ostankino Tower at a height of 85 metres, to learn about the design and engineering of the tower and access the open-air balcony from May to October. 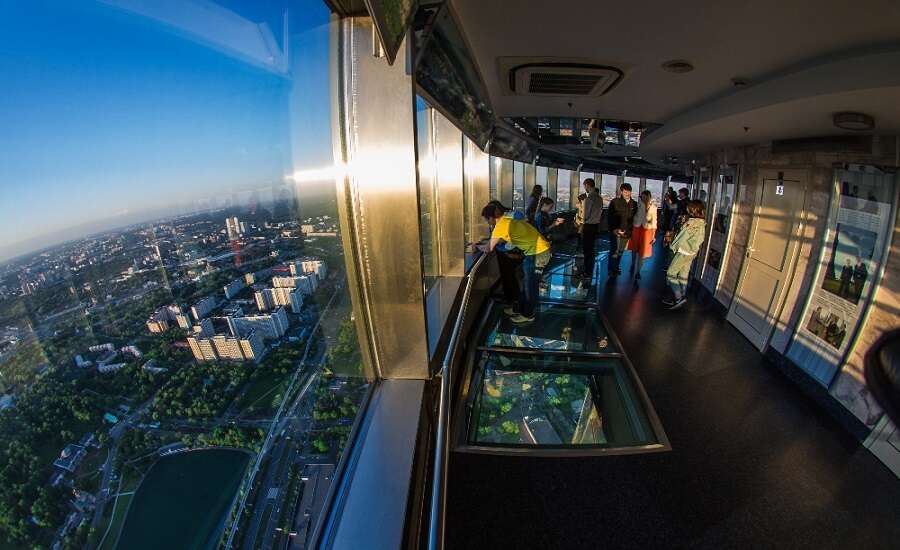 Tickets can be purchased here.

Did you know? On a clear day, you can see 70 kilometres away from the observation decks.

The interactive multimedia complex is home to high-tech expositions about Soviet and Russian TV and radio, the history, architecture and design of the Ostankino Tower, current meteorological conditions around the tower, other famous towers around the world, and the development of tower tourism. It includes a construction museum and analytical centre in the Ostankino Tower foyer and an exhibition on the glazed observation deck.

Ticket is included in the ticket price for the observation deck.

Did you know? The Ostankino Tower is struck by lightning around 50 times every year, lending it the nickname ‘the lightning rod of Moscow’.

VDNKh Park: The All-Russian Exhibition Centre is the largest exhibition, museum, and recreational complex in the world. Russian and international exhibitions, cultural and business events are held in its historical pavilions, palaces, and gardens.

Ostankino Park: This beautiful green space lies to the west of VDNKh Park and is one of the oldest parks in Moscow, formerly belonging to the illustrious Sheremetev family. There you will find woodland, gardens, a lake, palace-museum, and church with fantastic architecture.

Botanical Gardens: These gardens were established by Peter the Great in 1706 for the cultivation of medicinal herbs, and today belong to Moscow State University. Visitors can discover manicured flower gardens, an arboretum, and greenhouses of exotic and rare plants. 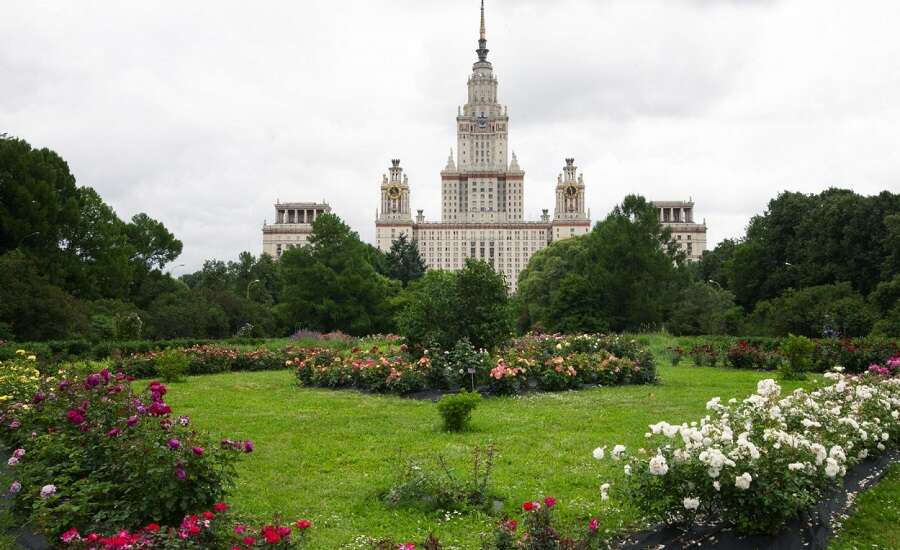 The Ostankino Tower is open from 10:00-23:00 daily. Opening hours and ticket prices of specific attractions vary, visit the website for more information. 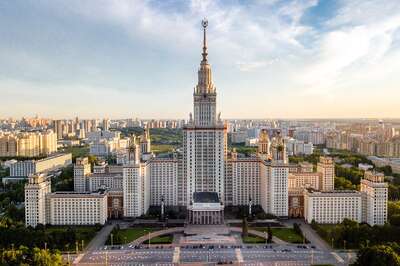 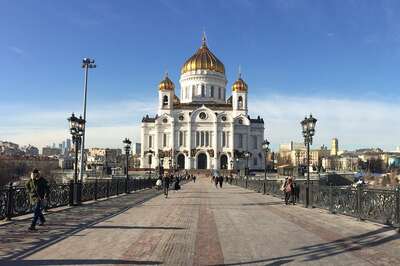 Head to the heart of Moscow with a professional guide on a 4-hour private walk through the city center. See Tverskaya and Old Arbat streets, Theatre Square with the world-famous...