The Best Constructivist Buildings in Moscow 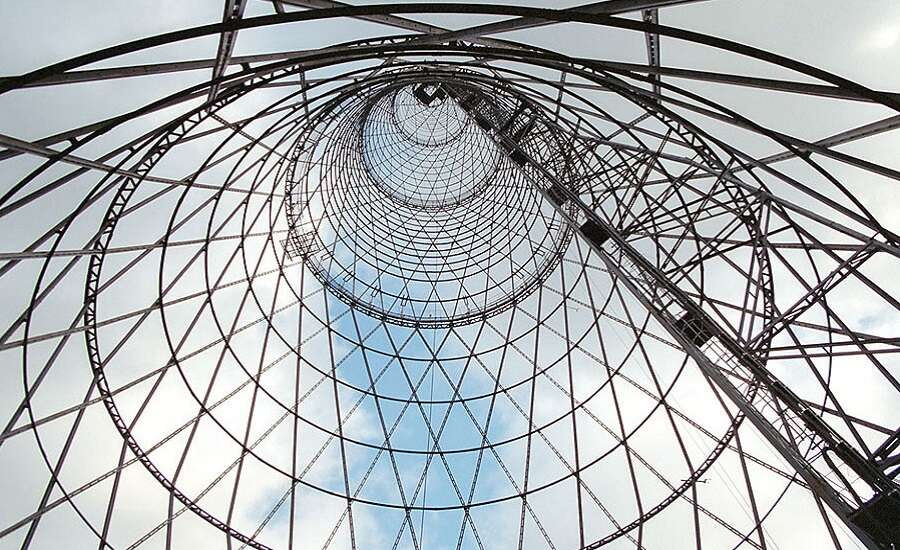 Photo by Lite on Wikipedia

Where are the most interesting Constructivist buildings in Moscow?

Constructivism was an artistic philosophy which emerged in the mid-1910s in Russia, and called for the purposeful construction of art. In the early Soviet period, it was stipulated that all forms of art and design must have a function within socialism: Constructivism therefore presented itself as a suitable artistic movement for that period. It was considered that by making a person’s exterior surroundings harmonious with ideology, you could influence their interior thoughts and behaviour - buildings themselves could play an important role in constructing the New Soviet Man. This encouraged Soviet architects and engineers to embrace all manner of ground-breaking ideas and technologies: redesigning public spaces, workplaces and residential areas could inspire a Soviet mentality from the outside in. Many Constructivist buildings can still be seen throughout Russia, especially in Moscow. Here are four of the capital’s most striking Constructivist buildings, aiming to create utopia from ubiquity. 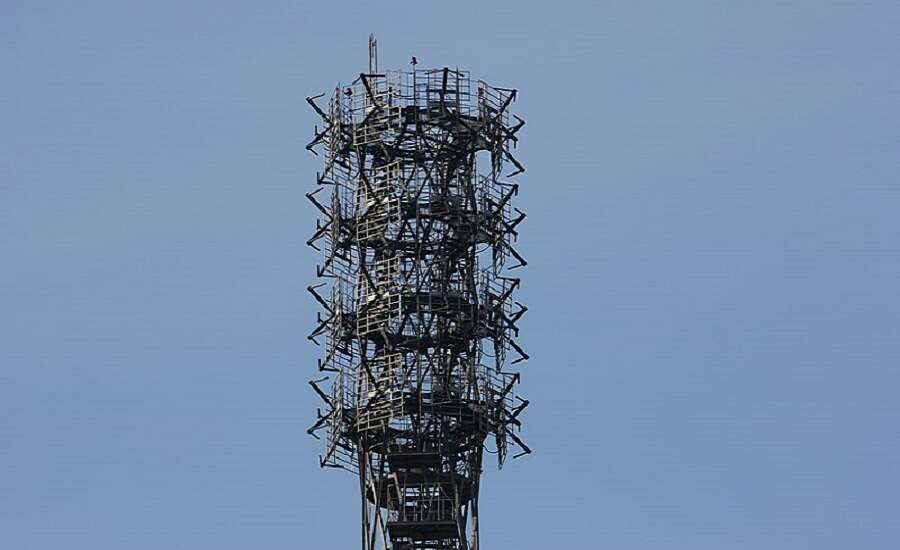 Photo by savethetower on Wikipedia

The Shukhov Radio Tower is a masterpiece of structural engineering and a Constructivist icon. Architect Vladimir Shukhov pioneered the world’s first hyperboloid structures, made of straight beams curving around each other and tapering inwards to a point: lightweight, elegant and strong. The Shukhov Tower is one such construction. It not only pushed the boundaries of engineering but was a visual demonstration of the modern and future-oriented mentality taking root in Russia, the ideals of the Soviet state literally stretching high into the sky. Three years of work, from 1919 to 1922, resulted in a towering landmark nearly 40 storeys high and visible from all over Moscow. Lenin himself personally arranged for army supplies of steel to be allocated to the tower’s construction. From this tower, the Soviet Union was able to transmit radio and television for the first time in its history, and continued to do so until 2002. Today the Shukhov Tower is unfortunately under threat, sitting on prime real estate in central Moscow and suffering from lack of repairs. Extensive international campaigns are opposing the destruction of such an iconic piece of heritage, and any architecture lovers visiting Moscow must pay a visit before it’s too late. 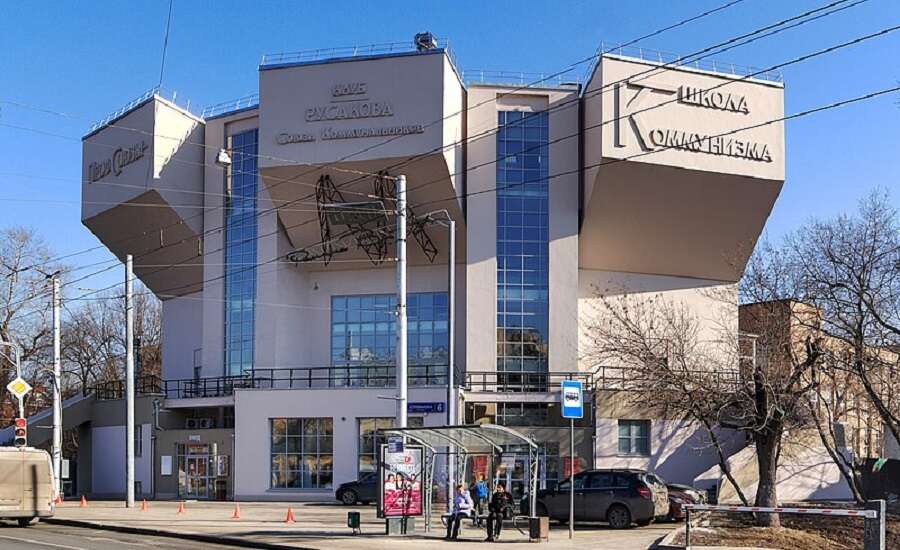 Photo by Ludvig14  on Wikipedia

The Rusakov Workers’ Club was completed in 1928 by architect Konstantin Melnikov. It is just one of many workers’ clubs created in the early Soviet Union which aimed to merge leisure and ideology, creating a space where workers could assemble publicly and enjoy acceptable entertainment. The Rusakov club houses an auditorium for 1,400 people which could adjust its size with movable walls. The club’s Constructivist design further encompasses the aspirations of the new Soviet state: its exterior takes the form of an enormous gear, the building representing an industrial utopia in which the workers could make their home. Over the years, the club fell into disrepair, but a project began in 2012 to fully restore it according to the original construction plans both inside and out. 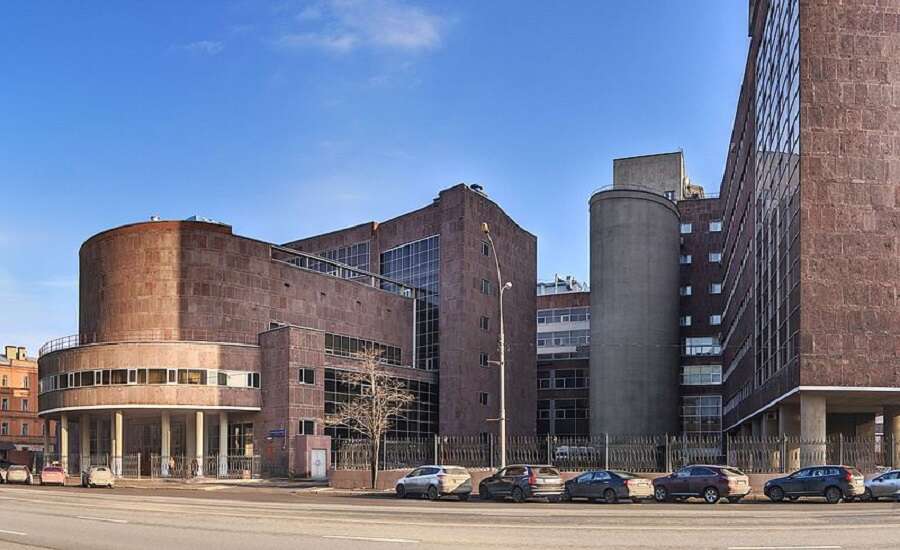 Photo by Ludvig14 on Wikipedia

The Tsentrosoyuz Building was designed by famed architect Le Corbusier for the Central Union of Consumer Cooperatives, part of the Soviet government. The enormous building could accommodate 3,500 people, with offices, restaurants, a theatre and more. Le Corbusier won an international architectural competition to design the building, and declared that ‘it is with great joy that I shall contribute what knowledge I possess to a nation that is being organized in accordance with its new spirit.’ And indeed, in accordance with Soviet aspirations, Le Corbusier set out to create an open-plan space encouraging the greatest interaction possible between the building’s users: wide corridors, open-plan offices, stairs replaced by ramps and lifts by paternosters, multiple entry points and panoramic windows. Each individual part of the design was groundbreaking, but all the parts came together in unity. Unfortunately, very soon after the building’s construction it came under fire from Stalin, who had declared neoclassicism to be the ideologically acceptable architectural style. Today, it is the headquarters of Rosstat, the Russian State Statistics Service. 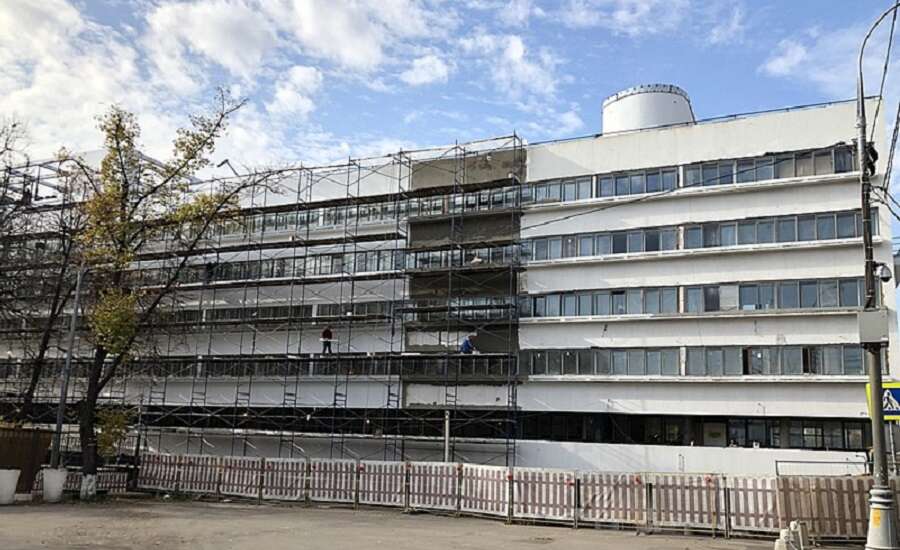 Photo by Amos Jackson on Wikipedia

The Narkomfin House was an experimental project designed to house workers from the People’s Commissariat for Finance. Architects Moisei Ginzburg and Ignati Milinis aimed to redesign affordable housing and restructure domestic life but, aware that forcing people to drastically adapt their domestic situations would be met with a fight, they aimed to do so gradually. Small private living quarters were retained, but large communal spaces were added. Public and private spaces were engineered to encourage more communal engagement: bedrooms and bathrooms had low ceilings, whereas common spaces had higher ceilings.  Narkomfin was equipped with all the amenities needed for emerging communal life: a canteen, library, creche, gym, even usable roof space. Corridors were lined with glass windows and a ‘street in the sky’ was added, allowing people to easily move between the communal and residential halves of the building. Through such transitional housing projects as the Narkomfin house, inhabitants were encouraged to break out of their old domestic patterns without being fully deprived of their old creature comforts.