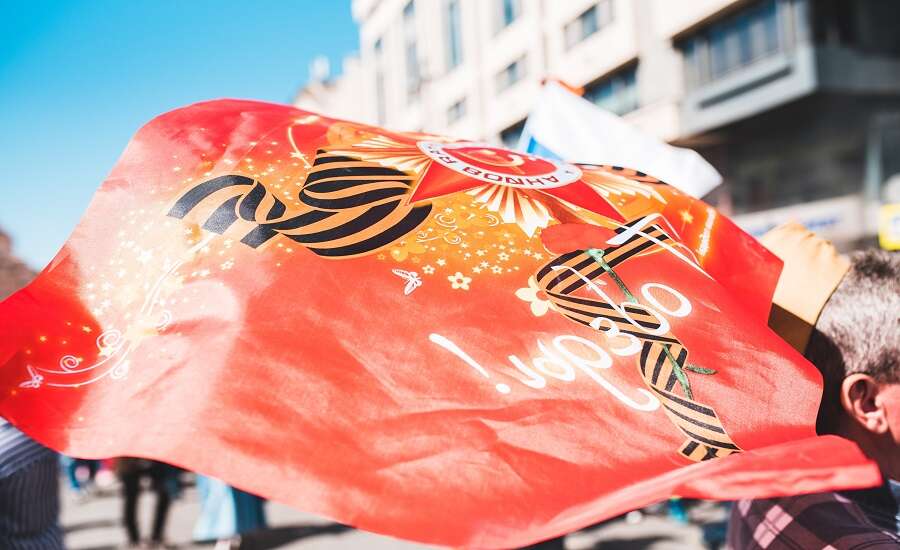 Photo by Aurelien Romain on Unsplash

How and why do Russians celebrate Victory Day?

When people think about Russia they think of New Year and snow. Most Russians, however, when reminiscing about their country think not of sleds and fireworks, but of the bright and cheery Victory Day celebrations and the dacha season which it heralds. There are few countries which celebrate the end of WW2 with such passion and flair as Russia. Indeed, for most of Europe it is a day of mourning and contemplation. There are no public holidays, let alone showy parades and each year people tend to think less and less about this historic day. In Russia, however, it seems the opposite is true; each year the budget for the celebrations grows by millions and the victory it seems is far more important to today’s Russians than it was to the very people who fought in the war. If you plan your tour to Russia in spring, do not miss a chance to get acquainted with traditional Victory Parade.

The anniversary of the defeat of Nazi Germany is the second most widely celebrated holiday after New Year. It is the highlight of the Russian calendar and an integral part of Russian culture, yet surprisingly for such an important event it is younger than most of the population.

For Stalin and his wartime soviet comrades, the memory of WW2 was something to be swept under the carpet and certainly not actively remembered. Stalin’s paranoia included perhaps legitimate fears that the powerful and respected army generals might rise against him. Hence, Victory day wasn’t even commemorated following 1945.

That all changed twenty years later, however, when Leonid Brezhnev, a solider in WW2, became the top-dog, secretary of the party and began propagating the ‘Great, Patriotic War’ line as a way to drum-up support for his leadership. Victory day was made a public holiday and he initiated the pompous parades that can be seen in Russia today.

Some political commentators think that the current president is also exploiting the “hero of the people” persona to cement his moral authority. Either way, the celebrations have undergone undeniable growth each year and now, when asked what they are most proud of in Russia’s history, an unbelievable 87% of Russians say the Great War. 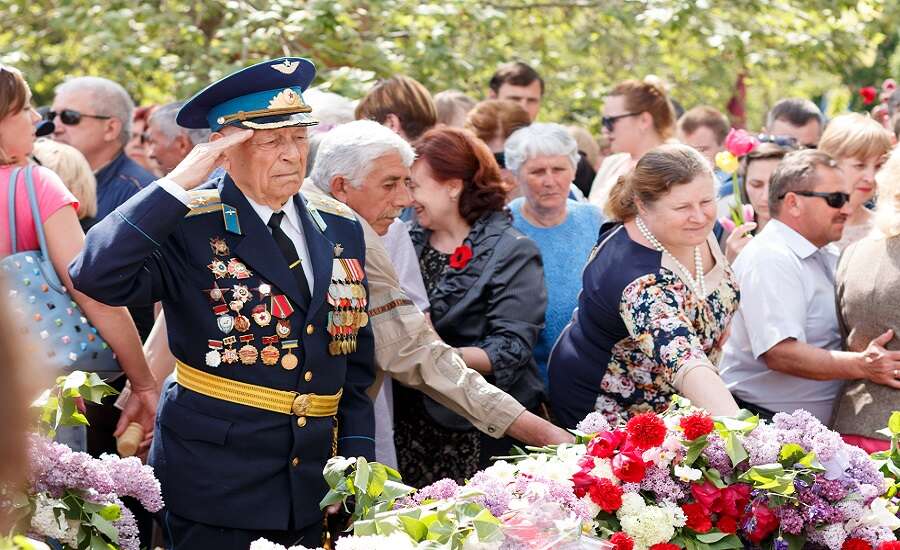 Photo by Yehor Milohrodskyi on Unsplash

Front and centre on the 9th of May are the military parades. Red Square becomes host to a thousand-strong garrison of the motherland’s best and brightest soldiers accompanied by a rolling fleet of lethal weapons and ginormous militarised vehicles intended to strike pride in the hearts of Russians. More than 8 million people in Moscow alone turn out to see the parade which is also televised to a huge part of the population.

It’s about as far away from the solemnity and sorrow of Remembrance Day as a birthday is to a funeral. Bands drum out joyous songs, people cheer, wave flags and banners, some even dance, and at the end of it a truck-load of fireworks are set off. 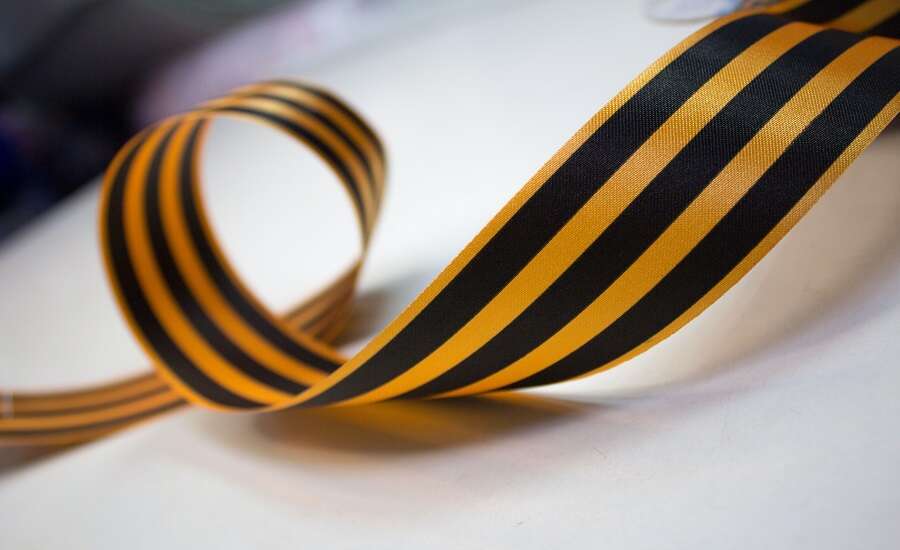 Photo by Ekaterina Grosheva on Unsplash

To show their support of this day, Russians don ribbons days before the 9th. Striped orange and black, the St George ribbon is said to symbolise the fire and gunpowder of war and the death and resurrection of Saint George. Its colours have been incorporated in many military honours throughout Russia’s history and only in the early 2000’s did it begin to be so strongly associated with the Great War. More recently, the ribbons have gained a more sinister meaning as they were worn by the pro-Russian paramilitary forces in Ukraine and as sign of support for the government during the 2011 mass protests against electoral fraud.

There has been a growing dislike in recent times towards the triumphant tone of the holiday and people have begun to counter it by taking part in what has become known as the Immortal Regiment. What started off in 2011 as three journalists walking through the streets of a small Siberian city holding the portraits of their relatives who had died in Gulags during the war, quickly took off on a nation-wide scale. Last year, more than eight million people took part in the Immortal Regiment march in cities all over Russia. It is a striking sight and a sobering contrast to the shows of military might which seem, rather than to ruminate on the lessons of the past, to take strength from the deaths of 28 million Soviets and aspire for yet more glory.

Ilya, 24 years old
Moscow
As a kid, my parents would take me and my sister to Red Square to watch the parades. To be honest, I always found the actual parade rather boring probably because the crowds were so dense that it was difficult to see anything. But I still looked forward to the day nonetheless because it marked the start of summer, the last few weeks of school and the first day my parents would buy us kids ice cream. Now, I can’t really say that I celebrate the holiday. I just enjoy the long weekend and hang out with friends.

Yana, 42 years old
Yekaterinburg
My grandfather lost a leg in the war. He found it difficult to find work and my mother had a hard time growing up because of it. May the 9th therefore has always been really important for my family. My grandfather is no longer with us, but we still think it’s important to celebrate his bravery in defending our country. I really like the idea of the Immortal Regiment and even my kids take part. Sometimes it feels like Victory Day is the one day in the year that our country stands united.

Alexander, 36 years old
St Petersburg
For me, Victory Day means the start of the shashlik season! I’ve got two young kids and if the 9th falls on a weekend, I always take my family to the dacha. After being closed-up all winter, it always needs a deep spring cleaning. While we’re knee deep in dust and dirt, I get a barbeque going outside. Nothing’s nicer than tucking into a grilled stick of peppers and caramelised onions after a hard day’s work.

Victory Day Celebrations in Russia in 2020

In 2020, Russia is celebrating the 75th anniversary of Victory Day. The holiday was supposed to be commemorated with a military parade, the "Immortal Regiment", fireworks and other traditional celebrations with leaders and representatives of different countries as guests. The 75th anniversary is an important landmark so preparations were made well in advance.

However, due to the Covid-19 pandemic all the arrangements that would have included gatherings of large numbers of people have been cancelled. This doesn’t mean that the holiday will not be celebrated. Quite the opposite: the Immortal Regiment will be held online; war veterans will receive postcards, flowers and other forms of appreciation in the most safety conscious way possible. Online concerts, theater performances of war related plays and movies will be widely accessible on the internet.  Instead of the traditional parades that included soldiers and military machinery there will be an air force flyover and there will still be fireworks in the city centers, not to break with tradition, but people will be watching them from their homes or on TV.