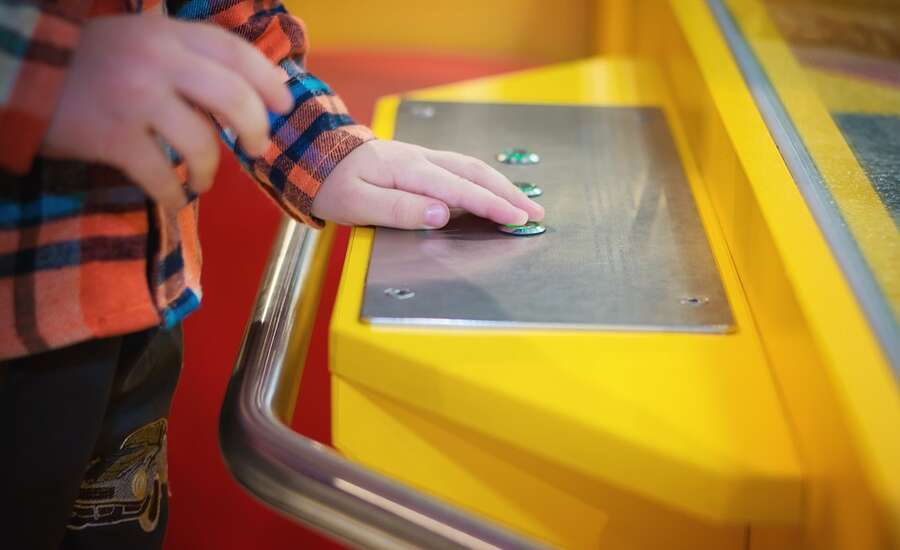 Photo by victoria_borodinova from Pixabay

What are the best things to do with children in Moscow?

Moscow truly is a mega-metropolis like no other. Its non-stop energy and sheer unorthodoxy is sure to enthuse any child with its rebellious, east-meets-west spirit. Just walking down Old Arabat Street— where ancient wooden storehouses are squashed against grey, soviet blocks which are then towered over by blingy high-rises— is sure to appeal to the childish disdain of all things orderly and conventional. Apart from the main sites, there’s a whole host of family-friendly activities in Moscow from the very traditional to the uber, high-tech that will keep your kids entertained. 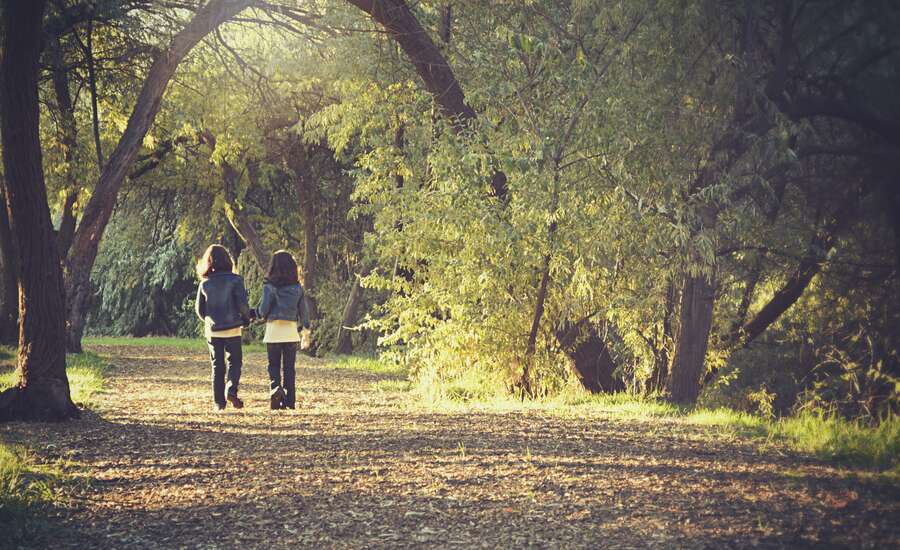 Photo by Jamie Taylor on Unsplash

VDNKh is Russia’s version of Disneyland and, to be honest, we think it trumps that tacky theme park by a mile. First things first is its size. At almost 600 acres, this Soviet park has everything; from space museums to soviet shopping outlets to equestrian centers to beaches. In fact, there’s so much to do that there really is no way to cover it all in one day. Our favorite attractions include the ROBO station, the super-cool playgrounds near the aquarium and the world’s biggest ice rink in winter. Better rent out scooters or bikes as well if you plan on seeing at least a fraction of this green gem.

Unlike VDNKh, you won’t have to travel far from the centre to seek the lovely lush lawns of Gorky Park. Come early so that you can grab a beanbag or hammock for yourself while your children have some fun on the colorful playground rides or play ping-pong under the trees. At teatime, head over to the traditional Russian tea house for a brew from a giant samovar. It’s worth staying on for the whole day until dusk when the roof of the park’s planetarium slides open to reveal the wonders of the sky.

Moscow’s brand-new Zaradye Park couldn’t be more different from the stern, red brick of the Kremlin that towers over it. Whichever way you look, you’ll be rubbing your eyes to make sure that this other-worldly landscape of floating glass bridges, underground ancient walkways, Siberian tundra and ice caves really does exist. For children, this wild-urban project is the perfect place for them to let some steam off during a day of sightseeing. Thanks to the unbelievable glass-paneled roof that keeps warm air in and the rain out, the lawns are perfect for lounging on all year round.

There’s a never-ending stream of tour boats bobbing up and down the Moskva River to hop on to when those little legs have had enough of walking. But for those who’d like something a little special, nothing beats the Radisson yacht. Champagne, on-board dining and floor to ceiling windows make it the most stylish way to cruise round Moscow. 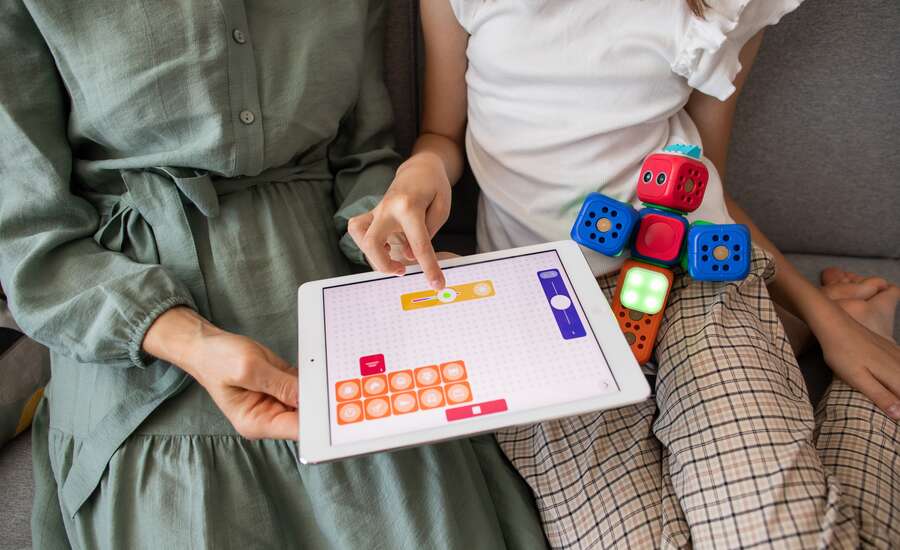 Photo by Robo Wunderkind on Unsplash

This is THE museum to go to if you happen to have a Star Wars fan with you. Unlike in countless planetariums around the world where gimmicky models of the solar system and dramatic movies make for a hollow experience, here you get the real thing. There’s a life-size model of the Russian space station, chunks of the moon, a space toilet, the actual Sputnik, heck, even Belka & Strelka, the space dogs, are there standing next to the very space shuttle they flew into space with  (never fear, they were stuffed only after they died of old age).  *For extreme fanatics, it’s worth noting you can arrange a tour to Star City, the astronaut training centre that is still in use outside of Moscow.

The first museum in the world devoted to explaining the most important concept of biology definitely deserves a visit. Its menagerie of nearly half a million stuffed animals illustrate the steady process of evolution and the many now extinct animals it boasts like the Dodo serve as a warning bell for what the age of mass-industrialization might bring. Despite its name, the Darwin museum isn’t at all quaint or old-fashioned with plenty of interactive displays and microscopes for children to engage with.

This museum could easily compete with the famed Natural History Museum in London. In fact, its extensive exhibit of ginormous skeletons from all sorts of beasts from sloths to diplodocuses might even be more impressive than London’s. After all, Russia is an awful lot bigger than England and probably has lot more giants slumbering away in the depths of its forests just waiting to be dug up!

There’s lots of fun to be had at this fully hands-on science museum. It’s absolutely perfect for little toddlers and mischievous boys alike because nothing’s off bounds—the whole place is a playground (with a lot of science snuck in!). And don’t worry, most of the descriptions are in English so they’ll definitely learn something along the way. 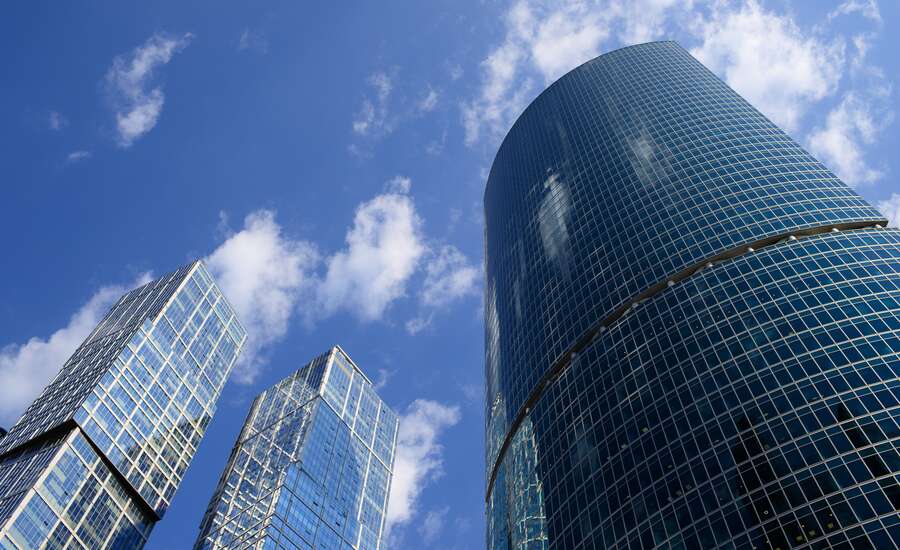 Photo by Alexandr Popadin on Unsplash

The second tallest, the third tallest, the fourth tallest and the sixth and seventh tallest buildings in Europe can all be found within a few meters of each other in the financial district, Moscow city. Apart from breaking their necks trying to gape at all the quirky high-rises, your kids can get a thrill by going up to the 54th floor of Ostankino TV Tower to its awe-inspiring panoramic viewing platform with a drop-down, glass floor!

A trip down to this veritable villain’s lair is certainly worth it with children, not least because it’s 18 stories underground…. AND the only way back up is by the stairs making it the perfect recipe for a peaceful afternoon. Apart from tiring out children, Bunker 42 has the distinction of being a genuine nuclear bunker. It was intended to be the hide-away of the USSR’s top dogs in the case of nuclear war and the staff here do such an excellent job of recreating the tense atmosphere that we hazard against taking softer children here. Everything, from the actual computer with the big red button which would have been used to start WW3 to the KGB’s rooms, have been preserved exactly as they were at the height of the cold war.

*Entrance only with group tours which can be arranged in English.

Though there isn’t much English in this museum dedicated to all things sickle and hammer (i.e. the Red Army), the genuine American U2 spy plane it has on show and the opportunity to hold real (but thankfully, not loaded!) guns make it a real treasure trove for army-mad kids.

You don’t actually need to step a foot in this museum dedicated entirely to WW2 to please your wannabe soldiers. Just sit down on a bench as your kids jump on and off the airplanes, tanks, armored vehicles and every other killing machine imaginable that are free to explore outside this museum. 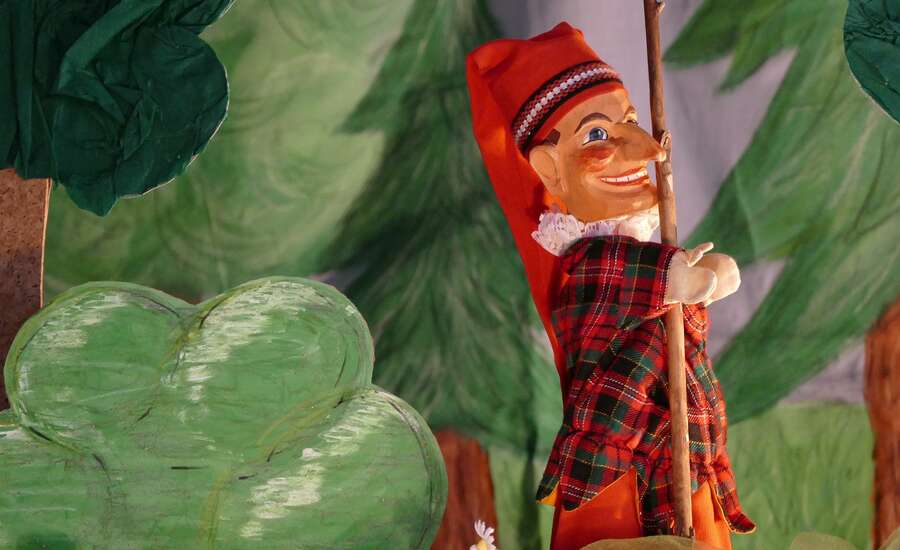 Photo by Ralph Lindner from Pixabay

The oldest puppet theatre in Moscow is also the largest in the world. Its wide-ranging repertoire has shows for tiny tots up to adult-only shows. Its fairytale clock, from which mythical creatures spring out, will be the cherry on top of a magical visit to this dear theatre.

This seven-story department store devoted entirely to little people boasts the biggest Hamleys in the world, the biggest time keeping mechanism and one of the best viewing platforms in Moscow. In other words, it’s kiddy heaven. The building itself is also rather noteworthy, dating back to 1953. Its stained murals and colorful tiles give it an old-world (soviet) charm.

This is possibly the world’s only Slavic theme park. Just joking, but just be warned this recreated Russian village with mini-museums, bakeries and a market is a teensy bit kitsch. If your children are artsy, then why not let them make their own matryoshka at a masterclass instead of buying one at the market. And while the kiddies busy themselves with the business of covering every square inch of their clothes in paint, there’s plenty for parents to peruse; like the vodka museum or the pleasantly, rolling park land.

Ivan the Terrible’s summer retreat isn’t at all as gloomy as you’d expect, indeed some might say it’s actually a bit too colorful. In our opinion, its postcard-perfect; with petite trains chugging through the acres of apple orchards, a pearl-white 16th century, UNESCO-listed church and a magnificently vibrant, 300 year old wooden palace. Take your children on a trip back in time, they’ll be delighted - we promise. 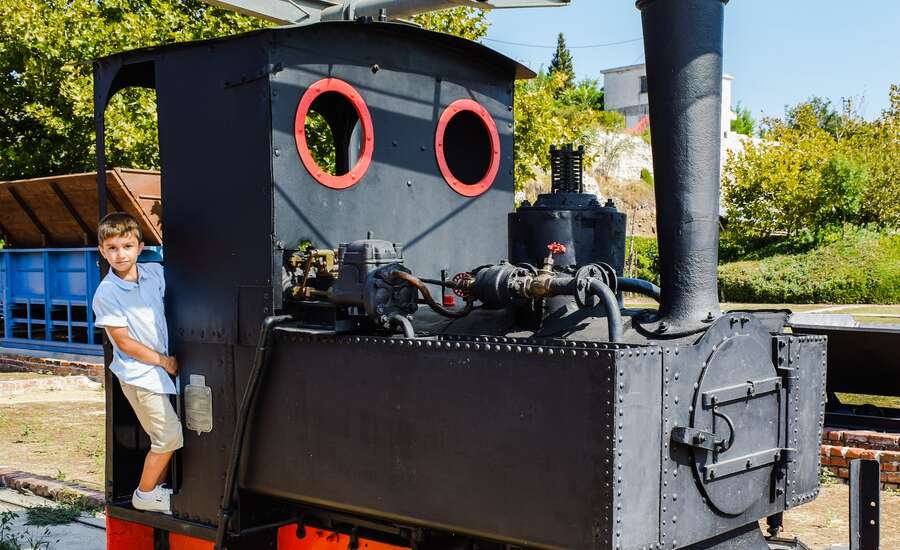 Photo by Dimitris Vetsikas from Pixabay

If you don’t have time to take your children on the Trans-Siberian, then a ride on a Soviet steam train is a superb alternative. The beauty of chugging through the outskirts of Moscow on a train with a red star on its gleaming, coal-black engine will definitely make Harry Potter fans squeal with excitement. Adults will appreciate the cups of tea served in old-style soviet mugs specifically made for train journeys. If you’d like to explore the rail museum after the trip (we highly recommend it), be prepared for the weather as the whole exhibition is uncovered.

After taking your children on the Moscow metro (which you simply must!), chances are they’ll bombard you with all sorts of questions a parent isn’t equipped to answer; like “How fast do the trains go?” and “Who drives them?”. Never fear, Moscow’s metro actually has a free museum which will answer all these questions, as well as even allowing kids to take a seat in the driver’s seat for a virtual ride down the tunnels. 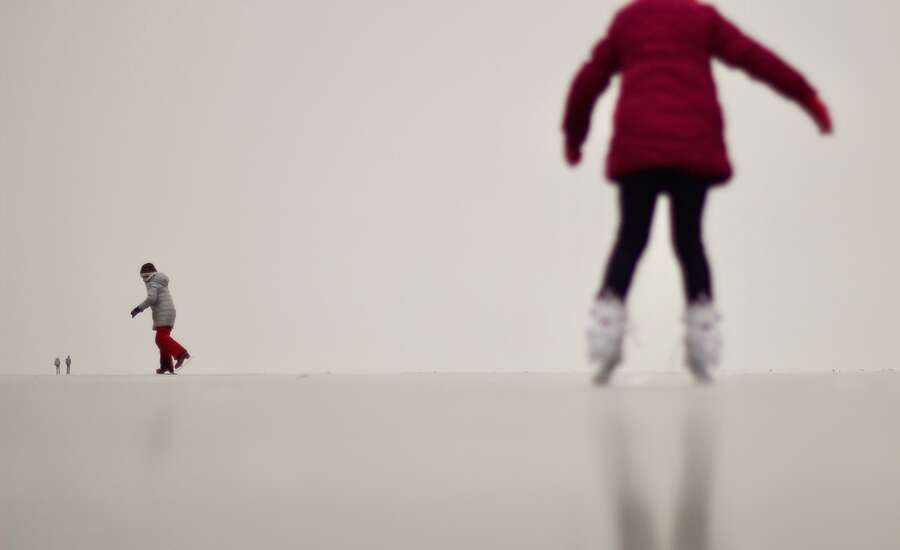 Photo by Mihály Köles on Unsplash

Each winter in Park Pobedy, blocks of ice are towed in from Russia’s great lakes to be chiseled away into masterpieces. Children will be delighted to find that they can even clamber upon some of these unbelievably big artworks. But the favorite by far, are super slippery ice slides.

*Just beware of wet bums— waterproofs are a must.

There are almost 1500 ice-skating rinks in Moscow alone. It’s almost as if every open plot of land has water poured over it; even Red Square is transformed into a mega rink! The park VDNKh boasts the biggest in the world, but there’s also an awesome rooftop ice rink at ArtPlay. Wherever you take your children, you can’t go wrong with a bit of skating.

Even if your family aren’t ardent ice-hockey fans, book tickets to a KHL match. It’s the ultimate way to see the real Russia at its best— happy, cheering and, yes, maybe slightly tipsy. No need to worry though, ice-hockey maybe a hardcore sport but the supporters are very well-behaved compared to their football-mad English counterparts!

*If your child is more delicate, or perhaps even a culture snob, then an evening of world-class figure skating would be just as special.

Top 7 Free Things To Do In Moscow

Free Things To Do In St. Petersburg