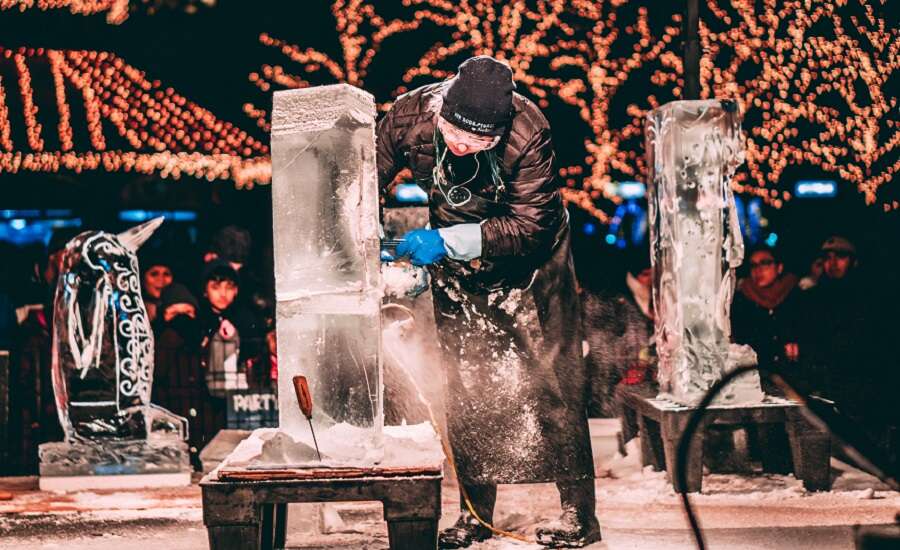 Photo by Chait Goli on Pexels

What are the best ice-festivals in Moscow?

Legend has it that hundreds of years ago two Russian men went ice-fishing. So engrossed were they in watching their lines that they failed to notice a snow storm hurtling towards them. The next morning, the locals found the fishermen exactly as they had been the day before, crouching over their ice-holes— frozen in time. But instead of shocking the villagers, this sorry sight inspired them to try carve figures from ice. Ever since that fateful day, ice sculptures have been at the center of Russian winter celebrations. Though other sub-arctic nations, such as Canada, have also taken a whack at ice sculpting, no one does it better than the Russkies. 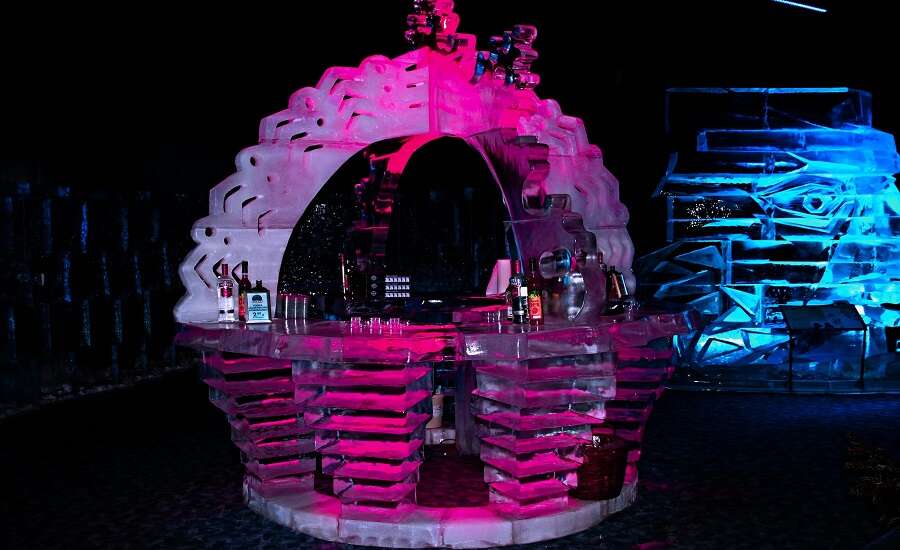 Photo by der-bilderknipser from Pixabay

Starting in late November each year, Moscow’s parks are filled with everything under the sun— except, that they aren’t really under the sun per say. For if these elephants with bejeweled maharajas on their backs, or fairy-tale castles with slides swooping down from their towers, were to be so much as 1c above freezing they’d dissipate into nothing. And that is where the magic lies.

Fittingly for the land of ice and snow, Russia’s capital boasts not one but dozens of ice sculpture festivals. Here are the top five to see this winter:

“Ice Moscow” at Victory Park is the star of Moscow’s ice exhibits; but sadly, as with all good things, it doesn’t last very long. From December 28th until January 12th, a whole host of fairytale creatures, magnificent flora and ancient architecture, standing in both the open air and climate-controlled tents, will stretch throughout the park. More than a few hours are needed to take in the beauty and scale of it all. With that in mind, make sure you arrive early so as to have time afterwards for a few rides down the gigantic ice-slides or “Kremlin hills” as the locals call them. Those with kids should keep an eye out for a stage on which wonderfully entertaining shows will be held. 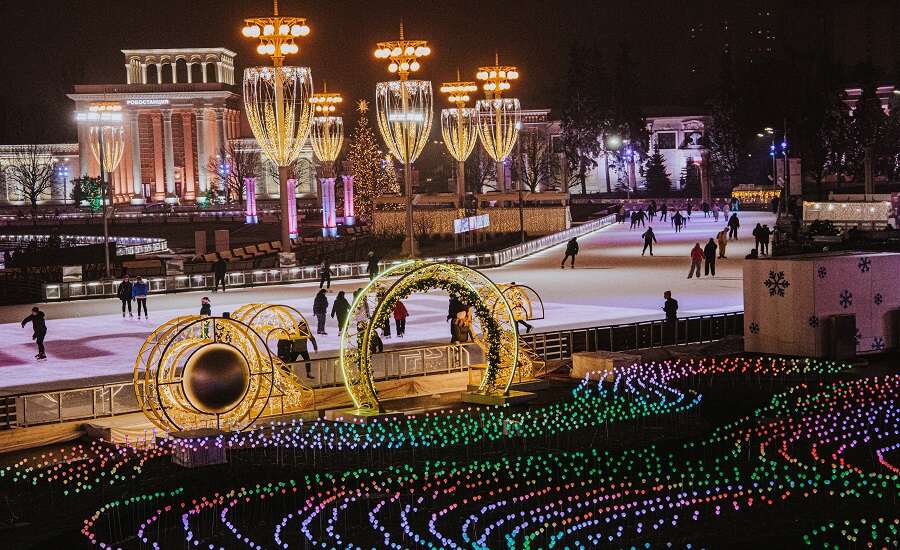 Photo by Klara Kulikova on Unsplash

VDNKh is also particularly well known for all things icy: boasting the world’s biggest open-air ice rink! So when it comes to ice sculptures, they certainly don’t disappoint. Last year, there was a seemingly never-ending maze which was made entirely out of ice. This year’s concept is still up to conjecture, but it won’t be for long. Weather dependent, the sculptures are generally on display by the end of November and are up all the way until March 10th, meaning there’s plenty of time to see them. Unlike with Victory Park, the later in the day you come, the better. Though the crowds at this ever-popular park may be no less packed at 10pm than at 11am, thanks to ingeniously positioned lights, at night the sculptures are literally aglow with life! 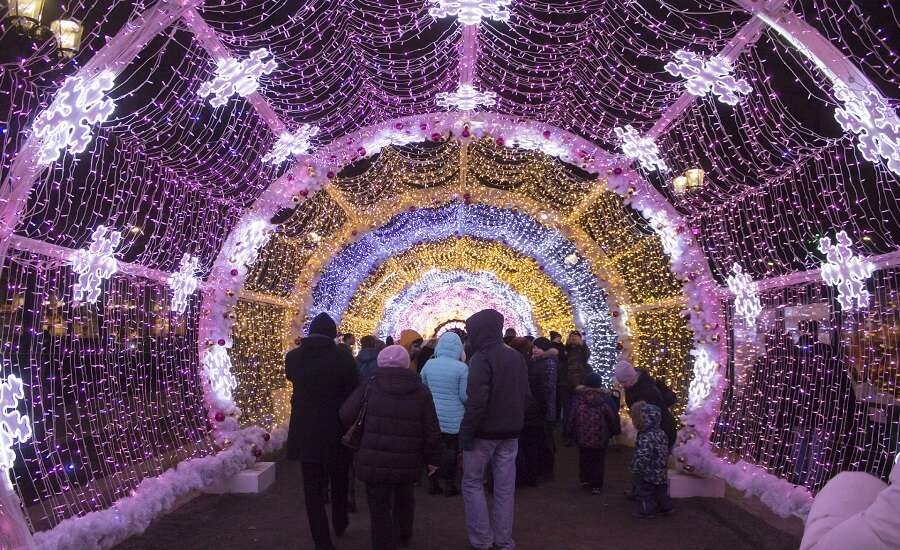 Photo by olesikus88 from Pixabay

Though Moscow is quite some distance from the North Pole, there’s a park called Sokolniki which is just a couple of metro stops from the city center that feels every bit as enchanting as Santa’s home. From ski trails to tubing slides, all the ingredients for a winter wonderland can be found within Sokolniki’s sprawling grounds. The ice-sculptures at this park are especially authentic, as they are molded from pristine river ice. But what really makes this event stand-out is not the ice-sculptures themselves, but rather their backdrop. Swirling and shimmering above the sculptures, the northern lights in all their many colors can now indeed be said to be seen during your trip to Moscow. Now if that isn’t a Christmas miracle, I don’t know what is! 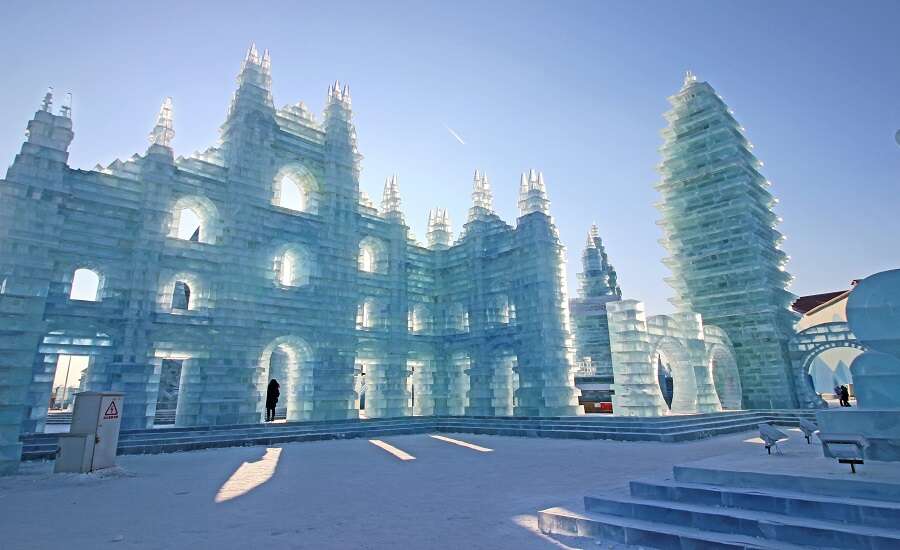 Photo by Erica Li on Unsplash

The candy-colored domes of Izmailovsky Palace seem absolutely surreal when topped off with a sprinkling of snow. And, with the aid of troikas, husky-sleds and ice-bastions, it isn’t at all difficult to imagine how Ivan the Terrible’s children might have spent their Christmases. Indeed, for those with children, Izmailovsky Park is the best place to visit, as many of its ice sculptures (think giant castles and igloos) aren’t roped off and can be fully enjoyed. The snow ball fights that go on between the ice forts here are legendary! 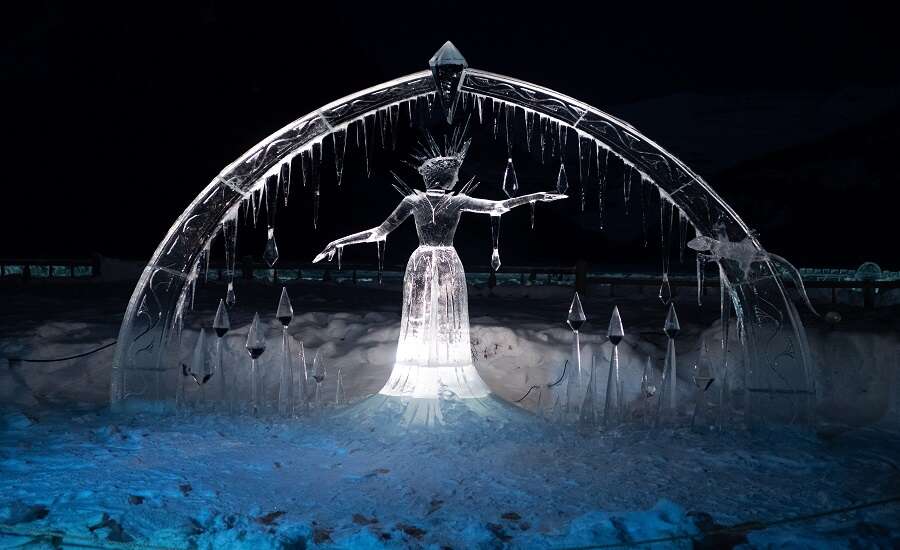 Photo by Matt Forster on Unsplash

Moscow can be rather expensive when compared to the rest of Russia but thankfully, when it comes to ice-sculptures, everyone can join in the Christmas spirit. At the metro station Luzhniki, a free-for-all, snow kingdom will be open from December 15th until January 15th. As it is free, the size and variety of sculptures really depends on how bountiful the first snows are but, if the Russian winter lives up to its reputation, then one can expect to see giant polar bears, characters from Russian traditional folk-tales and much, much more.

Learn about other winter activities in Moscow.