What can you see and do at Sokolniki Park? 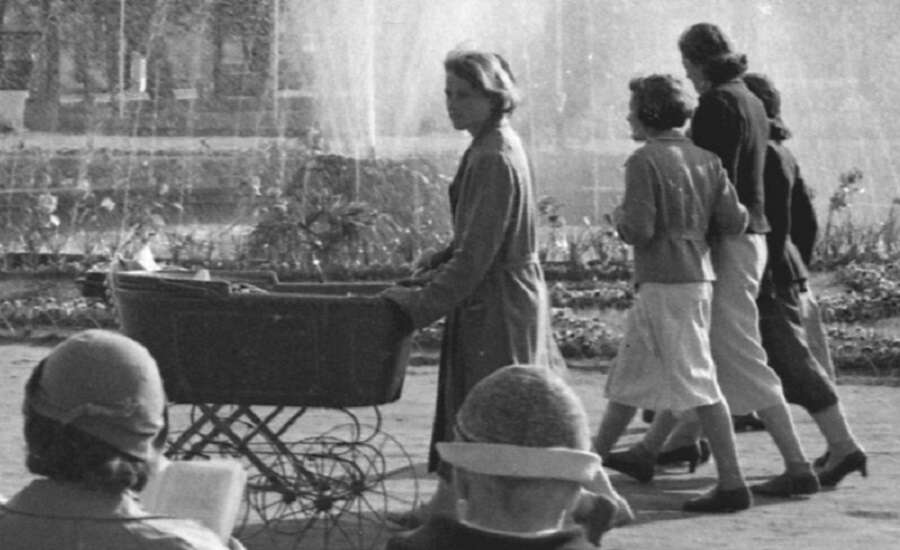 In the 14th and 15th centuries on the site of present-day Sokolniki Park lay an untouched forest, reaching from Moscow to northern Russia. From the 15th century the area of the forest closest to Moscow was used by Russia’s rulers for falconry, and under Peter the Great, festivities were arranged in glades in the forest. The May Day holiday in particular remained for centuries the liveliest celebration to take place in Sokolniki, attended by thousands of people every year.

Did you know? Sokolniki takes its name from the falconry enjoyed by Russia’s medieval rulers – the Russian word for ‘falcon’ is sokol.

Landscaping of Sokolniki began in the mid-1800s, and the layout has been largely preserved until today. Glades and alleys fanning out from a central circle were laid, and modern technology was used to build irrigation systems, roads, and even a horse-drawn railway. In 1878, Sokolniki was acquired by the city of Moscow and transformed into a public park to be enjoyed by all. Many famous teahouses were built, and pleasure gardens complete with performances, dinners and dances were arranged in summertime. Festivities and royal events continued to be held, including the opulent coronation celebrations of Alexander III.

Did you know? Sergey Tretyakov, the 19th century mayor of Moscow, played an instrumental role in acquiring Sokolniki for public use. Sergey is the brother of Pavel Tretyakov, philanthropist and founder of the Tretyakov Gallery. 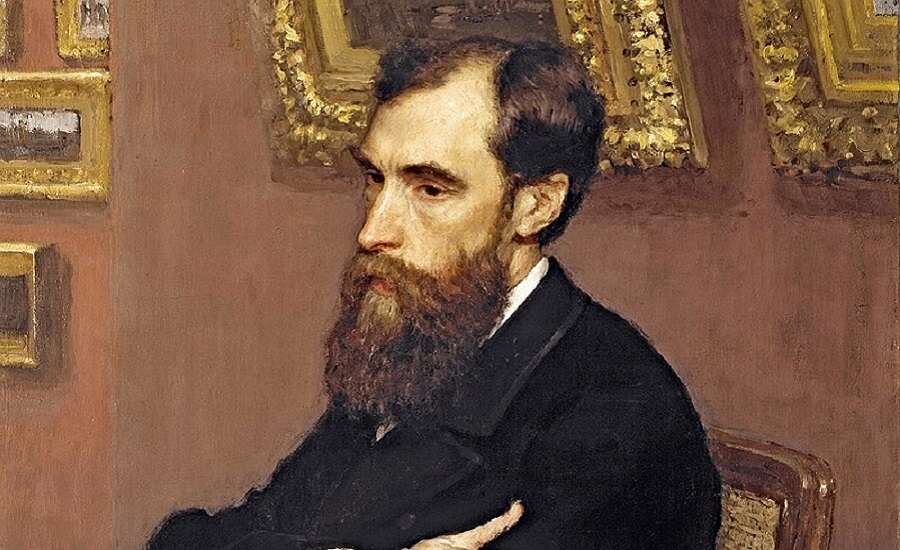 Photo by Ilya Repin on Wikipedia

Following the October Revolution, Sokolniki Park remained in a state of neglect until the 1930s. On 16th May 1931, Moscow City Council declared it to be a park of culture and recreation, and serious restoration efforts began to revive the park’s former glory. Particular emphasis was placed on creating cultural leisure venues such as concert halls, reading rooms, and exhibition spaces. Carnivals were held in Sokolniki Park, which included guild carnivals celebrating different professions, children’s carnivals, and ‘friendship’ carnivals showcasing the national cultures of different countries and fostering the friendship of peoples.
Sokolniki Park flourished in the post-war years. It was expanded into one of the largest parks in Moscow, and events of national and international importance took place there. These included events of the 1957 6th World Festival of Youth and Students, which was a watershed moment in Soviet culture as 30,000 foreign young people flocked to Moscow, as well as the 1959 American National Exhibition, the first international exhibition in Russian history dedicated to US industry and culture, which was opened personally by Nikita Khrushchev and Richard Nixon.

Sokolniki Park underwent renovation in the 2000s and was designated an area of “special environmental, historical, cultural and recreational value” in 2009. Aside from extensive landscaping, the restoration of the summer cinema, theatre and Large Rose Garden, and the addition of various sports facilities, a memorial sign was erected at the park entrance in honour of Sergey Tretyakov, without whose efforts Sokolniki would not have become part of Moscow.

What can you do at Sokolniki Park? 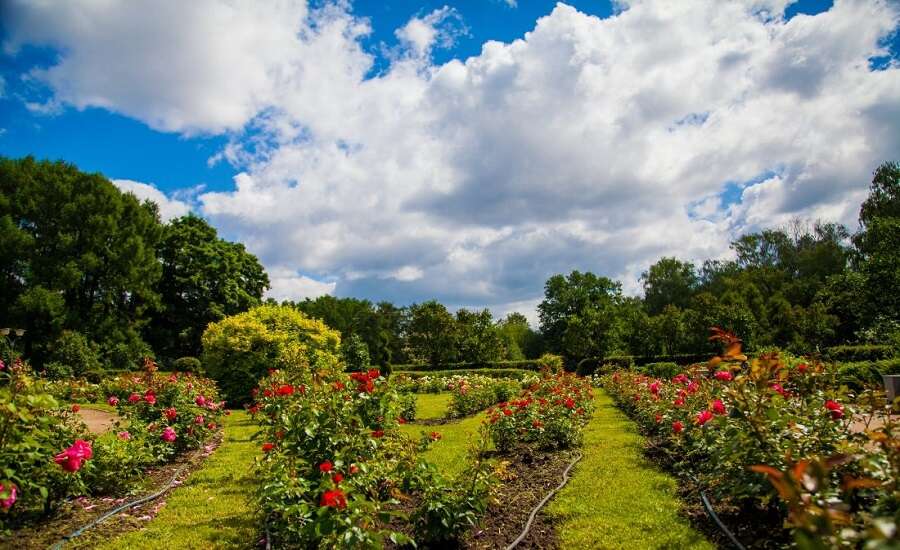 Sokolniki Park is an oasis of nature in Europe’s biggest city. 8 forest glades radiate out from the park’s central circle, each of which has been planted with certain species of tree – birches, sugar maples, lindens, red oaks, and more. In the woods, visitors can look out for owls, grass snakes, elk, and foxes. There are 13 ponds, some of which you can sail on, which are home to frogs and even beavers! Visitors can also relax in the beautifully-landscaped Large and Small Rose Gardens and Lilac Garden. 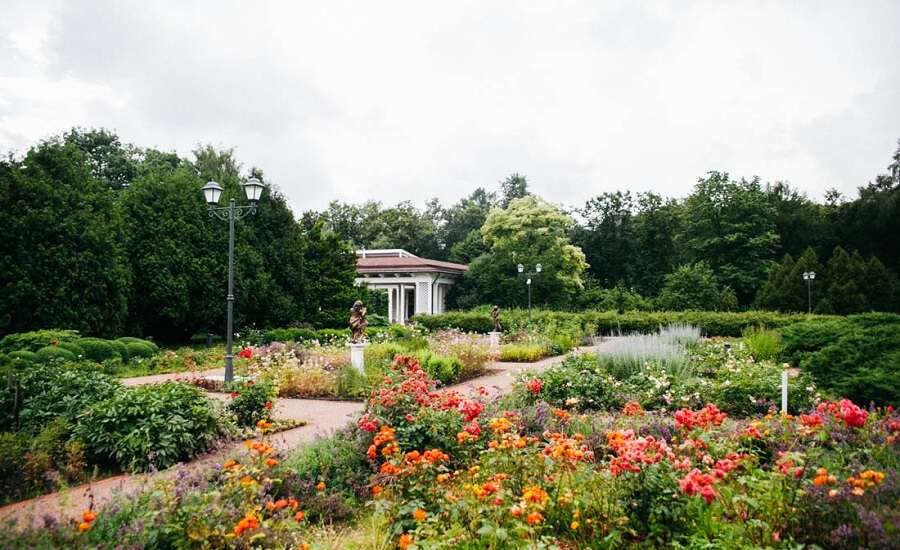 Did you know? Famous and rare trees have a QR code attached to them, so you can learn more about the fauna of Sokolniki Park. 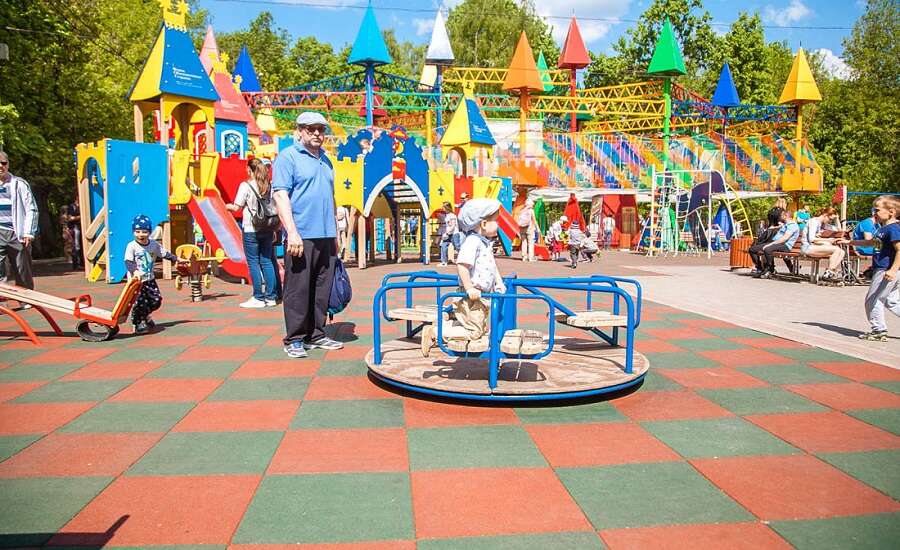 Aside from walking, there is a huge variety of sports activities on offer at Sokolniki Park. In summer you can play football, volleyball and tennis at the open-air sports centre, rent bicycles to explore 10km of cycle paths, hire boats, and visit the beach and swimming pool. In winter, a huge ice rink is set up in Sokolniki Park, and visitors can rent skis to explore the park on 45km of ski tracks. Other facilities include a skate park, trampoline park, and the largest indoor go-kart track in Moscow.

Did you know? Sokolniki Park is home to a famous chess club where some of Russia’s finest grandmasters have played. 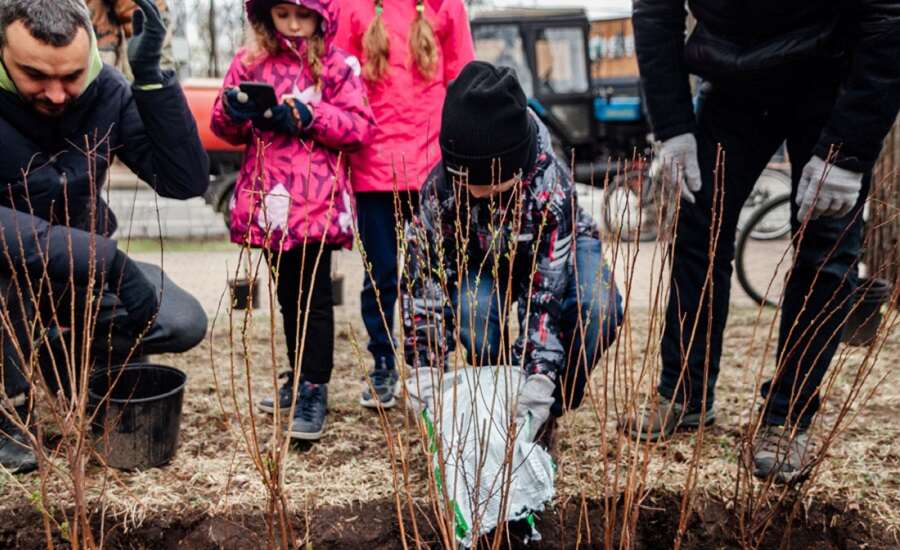 The Sokolniki Park Museum was founded in 2015 to share the history of the park and its surrounding district, and document centuries of leisure and festivities in Moscow. Sokolniki Park is also home to the Museum of World Calligraphy, the only such museum in the world, with 5,000 exhibits from 70 countries. The park’s Kvadrats Gallery hosts temporary exhibitions in an immersive multimedia and VR format.
In keeping with centuries-old tradition, events of all kinds are held at Sokolniki Park – orchestral concerts, screenings at the summer cinema, literary readings, dance evenings, fairs and markets, sports competitions, and more. 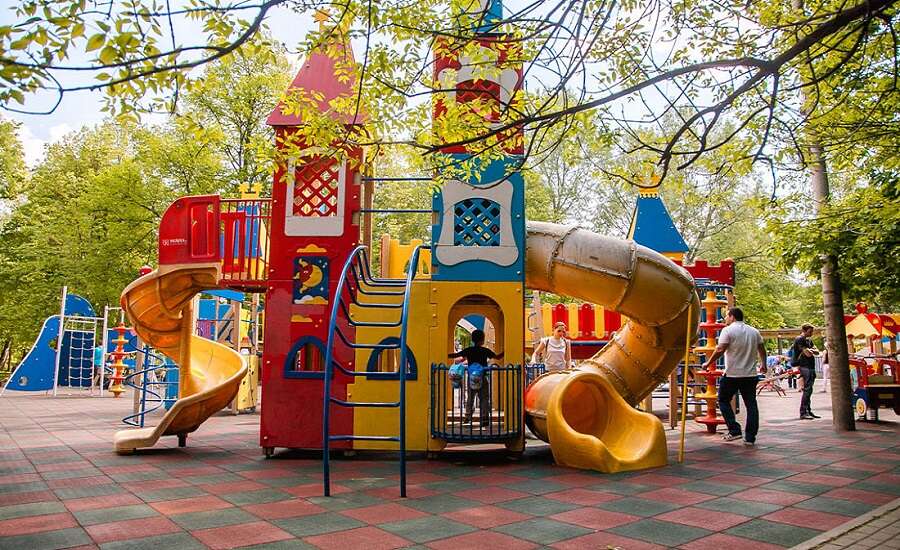 There are activities for all ages at Sokolniki Park, and especially for children. Aside from 12 adventure playgrounds, including the ‘Emerald City’ complex for disabled children, there is a treetop obstacle course and theme park with 20 rides, including a 35-metre Ferris wheel. 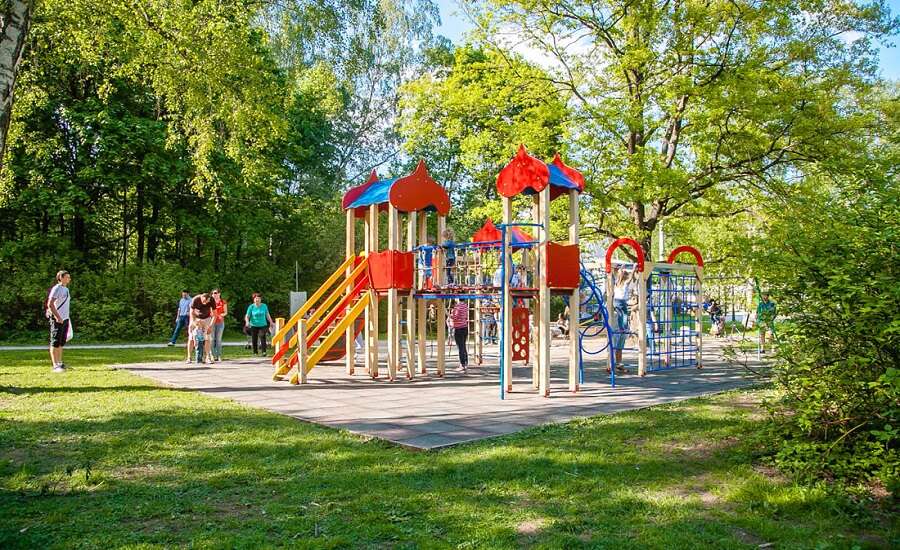 Did you know? Children can also meet animals at Sokolniki Park, which is home to more than 20 rare species of birds of prey at the ornithological shelter, as well as 22 huskies in the Husky Park! 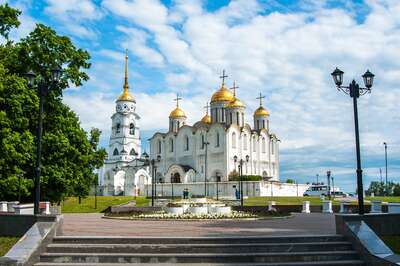 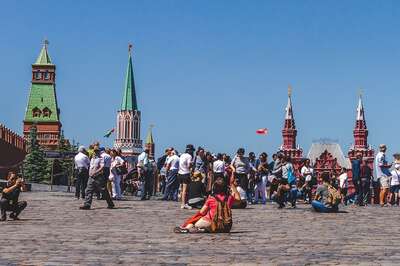