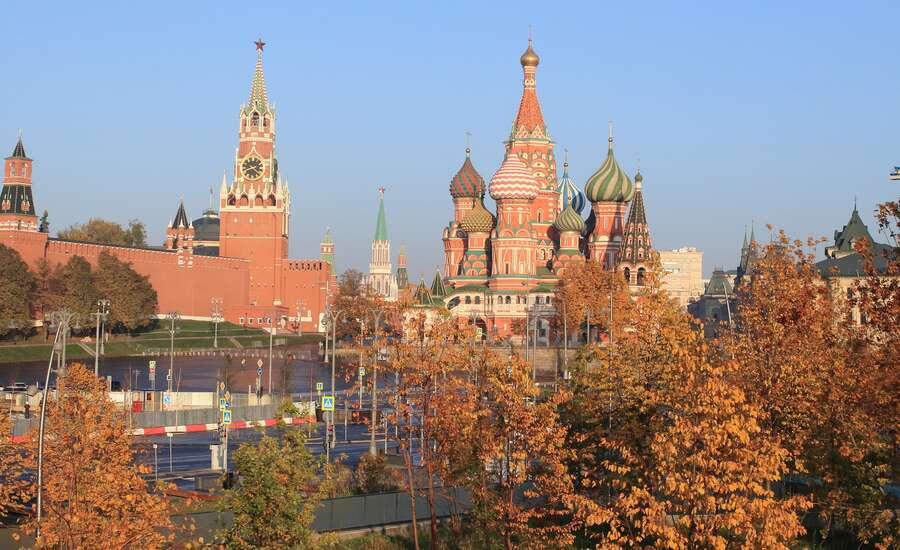 Photo by Анна Иларионова from Pixabay

Golden leaves, mild temperatures, comparatively few people - there are many reasons why traveling to Moscow in the fall is a good idea. And who wants to explore anything when the air is thick and dense with heat and every step is a burden? Moscow is no exception in this case, so we’ve created a list of things that will compel you to move your next trip to Russia’s capital to September. 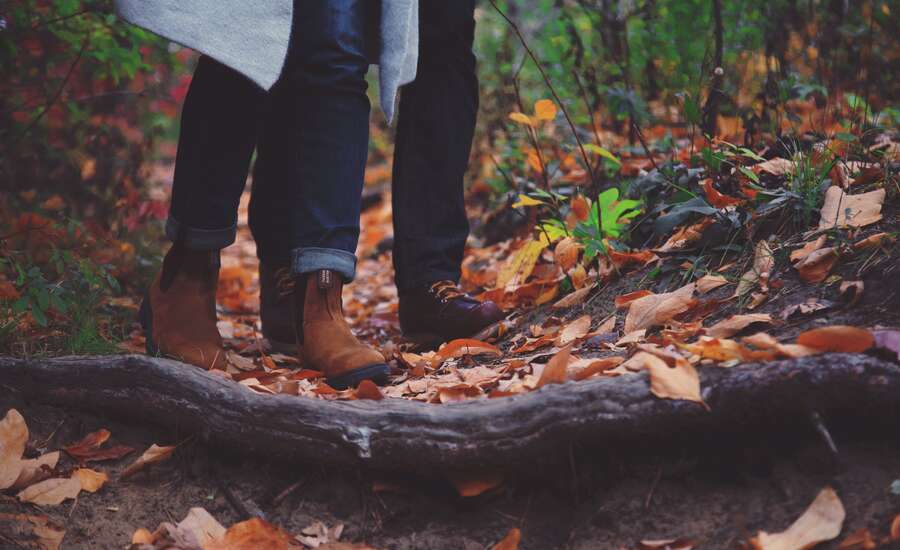 Photo by Takahiro Sakamoto on Unsplash

The temperature in Moscow in early fall averages at around 16 °C (61°F) at the higher end and 7 °C (45°F) at the lower end of the spectrum. Though it won’t typically snow in September, a rainy day or two is more than likely. If you’re lucky, you can even get some nice last summer days, with sun and temperatures high enough to leave your jacket at home. Nonetheless, essentials to bring are a sweater and sturdy, comfy boots (for all the walking you’re going to be doing) as well as a jacket, preferably rainproof. You might want a hat, but unless you get cold quickly, a scarf and gloves are not really necessary. 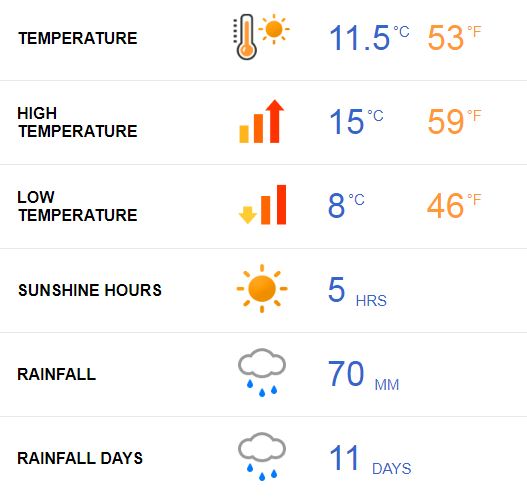 Weather in Moscow in September 2019 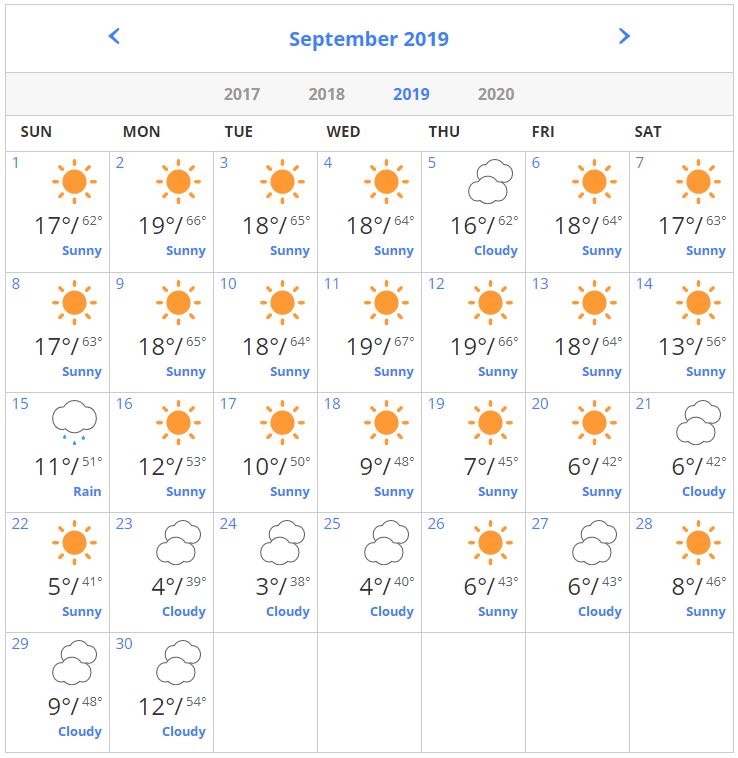 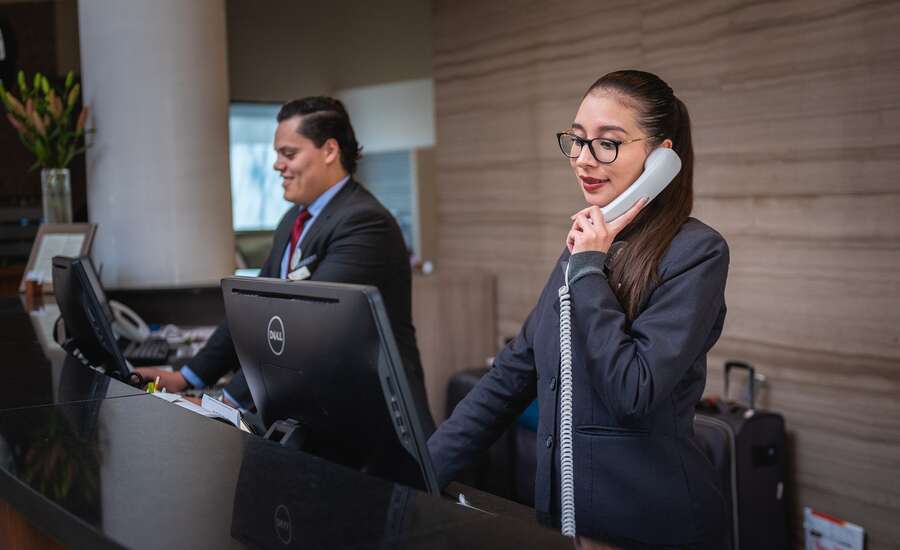 Moscow is a business city, which mostly means that prices will be cheaper on the weekends, and more expensive during the week - just the opposite of your classical holiday destination. The same goes for hotels and seasons: For example, July and August are considered low season because there are no international trade fairs. Still, you might be able to score a cheap bed in a hostel or any other location that doesn’t usually host business travelers. On top of that, tourist attractions that vary their prices according to the seasons might start lowering them as well to comply to the sinking demand. 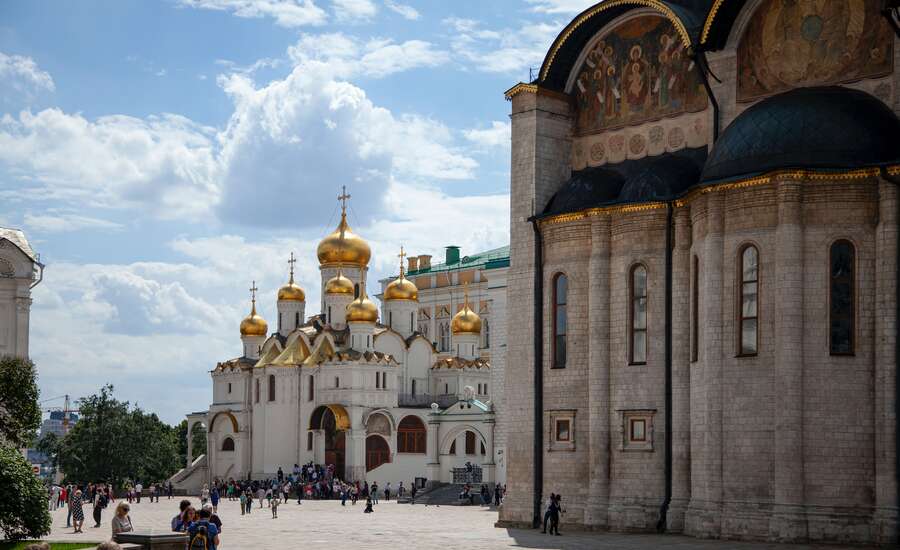 Photo by Tamara Malaniy on Unsplash

As soon as the summer is over, the streams of tourists pouring into museums, streets and bars slowly start to dissipate. Roaming the city will be much easier without millions of people stopping in the middle of the sidewalk to check their map. Also, lines will be a lot shorter everywhere, which means you actually stand a chance of visiting the attraction you hoped to see that day. 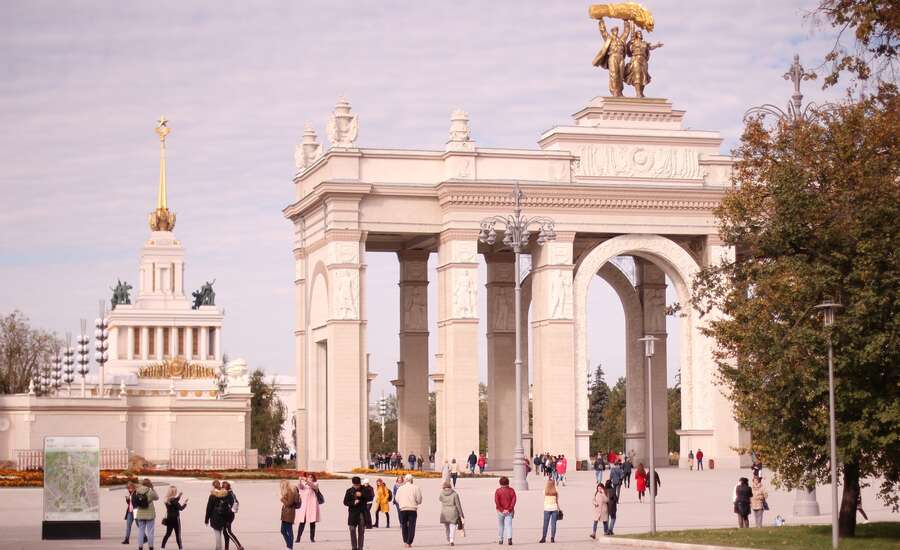 Photo by Jonathan Planells from Pixabay

One thing is certain: if you travel to Moscow in September, you’re definitely not going to be bored. The beginning of fall is packed with events like the International book fair, the International exhibition of calligraphy and City Day. The book fair is Russia’s largest literary exhibition, which you can visit annually at the VDNKh Exhibition complex. It also includes workshops, seminars, conferences and other events.  Last but not least, City Day celebrates Moscow’s birthday and traditionally takes place during the first weekend of September. There’s a parade, fireworks, concerts and all kinds of entertainment.

Another definite plus of traveling in September is the breathtaking beauty of nature. Moscow has a significant number of parks and gardens which are colored a stunning variety of shades of orange, red, green and yellow before they finally begin to fall. Fun fact: all in all, 61 million flowers were blooming in the capital this year, according to the city’s official website mos.ru. Enthusiasts and simple admirers alike will certainly be able to appreciate this bright and marvelous spectacle.

For those into running, the Moscow Marathon also occurs in September. You can choose whether you want to participate in the full marathon, or only do a 10 km course. The route goes all around the city, so this is also a perfect opportunity to get to know the place.

If you’re still not sure which time of year is best to discover Moscow, September is a solid month to visit. Temperatures are still pleasant and crowds are already thinning out. On top of that, all the wonderful nature in Russia’s capital will be in its most beautiful state. Unfortunately, prices are not necessarily cheaper than during other seasons, but they probably never are in this buzzing metropolis. On the other hand, while St. Petersburg is already slowly preparing for its annual winter sleep, Moscow is still booming with events and fairs.