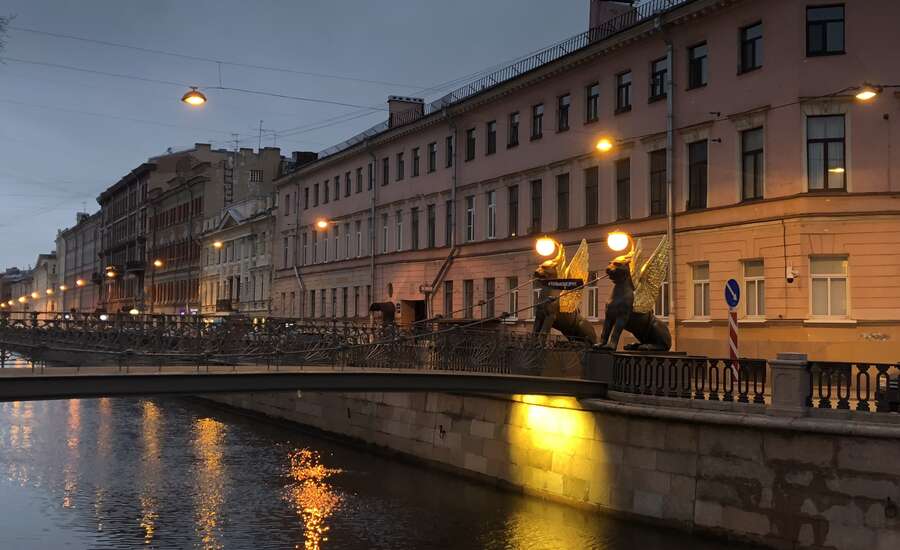 The Best Things to Do in St Petersburg:

In the mere three hundred years that St Petersburg has existed it has played a whole range of roles. The richness of its history means that even born-and-bred petersburgers can’t claim to have seen all the treasures of this city - there’s simply too much to fit into a lifetime! From a visitor’s perspective this is both a blessing and a curse. Simply by stepping outside onto the wide boulevards, lined from end- to-end with palaces and swirling canals, all sorts of magical places can be uncovered. Then again, with the time-constraints of a week-long vacation, relying solely on your sixth-sense to sniff-out the gems of St Petersburg may not be the wisest thing (though you should definitely give it a go for just one morning!)

Here, we’ve listed the best places to springboard your St. Petersburg Russia tour. Make sure you get yourself a map of St Petersburg so that once you’ve had enough of visiting one of the main attractions listed below, you can carry on exploring the city like a local—swaggering down the streets, nipping into secret courtyard cafes and quirky art galleries.

Site No.1— The Hermitage 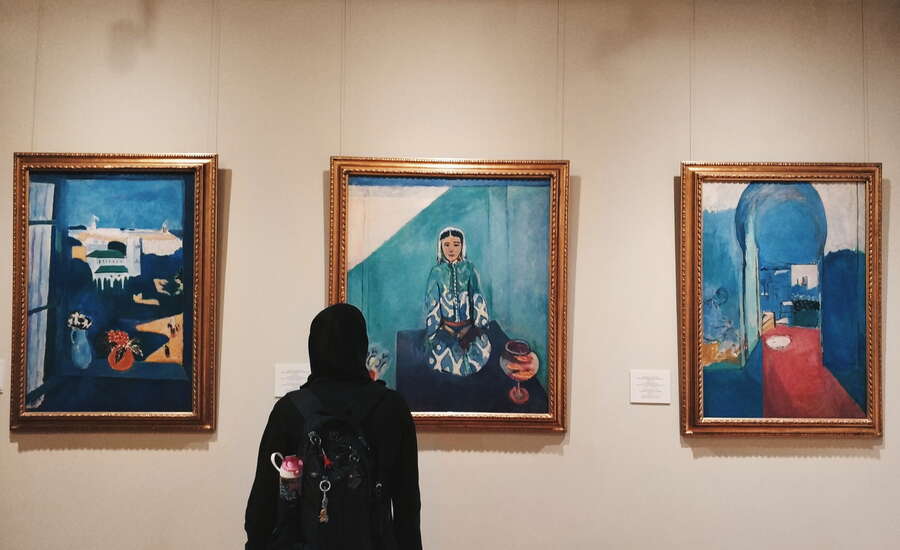 The Hermitage encapsulates all the enchantment of St Petersburg under one roof. Correction: five roofs. Most people tend to think that the main building on palace square with the turquoise-and-white facade is all there is to the Hermitage, which is understandable— the building is so large, one would hardly suppose that it could possibly be any bigger! Yet crossing over the Zimniy canal that runs past the Hermitage, is an interior bridge that links the Winter palace to another palace, which then connects to another and so on. By the time you’ve got to the fifth building in the Hermitage complex you will have covered 24 kilometres! Which is why it’s always a good idea to buy the pocket-friendly 2-day pass. Though it is true that you’d need ten years to see everything in the Hermitage, in two days you should be able to cover the most interesting rooms and art works. The whimsical peacock clock is of course a must, as is Rembrandt’s Danaë. Few people realise that since this master piece was attacked by a mad man thirty years ago, the acid thrown at it has been gradually eating the paint away and in another twenty years or so it will have completely deteriorated! And should century-old paintings fail to inspire you, head down to the basement of the Hermitage where countless Sarcophagi, ancient Greek jewellery and Peter the Great’s personal weaponry will be sure to fascinate.

Local’s tip: It’s well-worth getting a guide. There are dozens of staircases, the descriptions accompanying the displays are unhelpful one-liners and many of the most interesting halls can only be accessed on guided excursions. 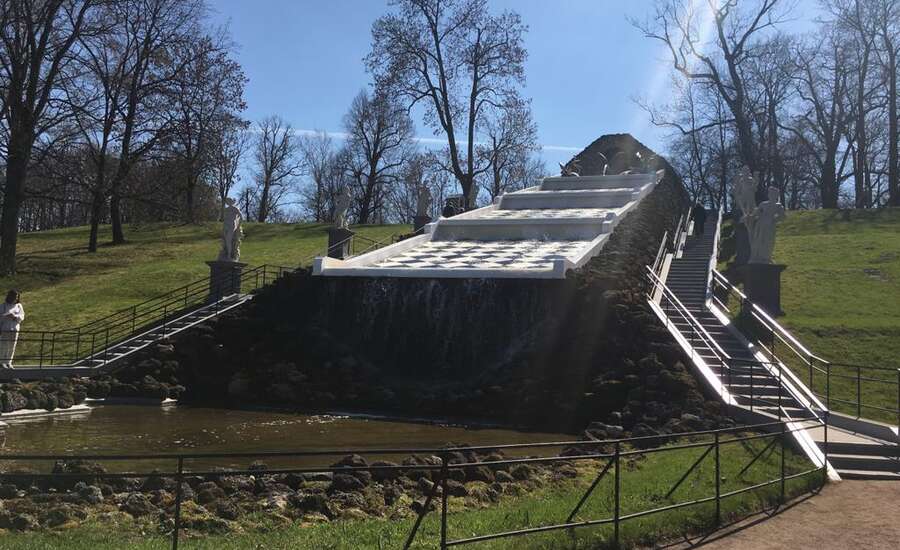 If the Hermitage’s grandeur gets your head spinning, then Peterhof will simply knock you off your feet! The main cascade alone consists of three roaring waterfalls, 67 splendid fountains and 37 golden statues; and that is just one out of the sixty-four water pieces in the palaces parks.
Unlike other palaces like Tsarskoye Selo, Peterhof wasn’t designed for courtly matters or diplomatic meetings. ‘Monplaisir’, or my pleasure, is how Peter the Great fondly referred to it and boy oh boy did he know how to have fun! The palace and park is filled with boobytraps, like the paving stones that trigger spurts of water, timed waterfalls that to this day manage to soak unsuspecting visitors, impossibly difficult mazes and the gilded aviary filled with mischievous parrots. Along with the many acres of stunning parkland, there are half a dozen palaces within Peterhof that house all sorts of wonders. The dining table that rises like an elevator from the kitchens directly to the dining room in the main palace is a must see, as are the unbelievably luxurious bathing houses of Alexander I with panoramas stretching out on the Finnish Gulf and the garage housing the bicycles of the last generation of the Romanov family is ever-so poignant.

Local’s tip: The 30 minute journey out of the centre to see Peterhof needn’t be a drag. Travel like Peter the Great would, by water, and feel like the king of the world as you zip across the Neva on one of the many hydrofoils that go to Peterhof! 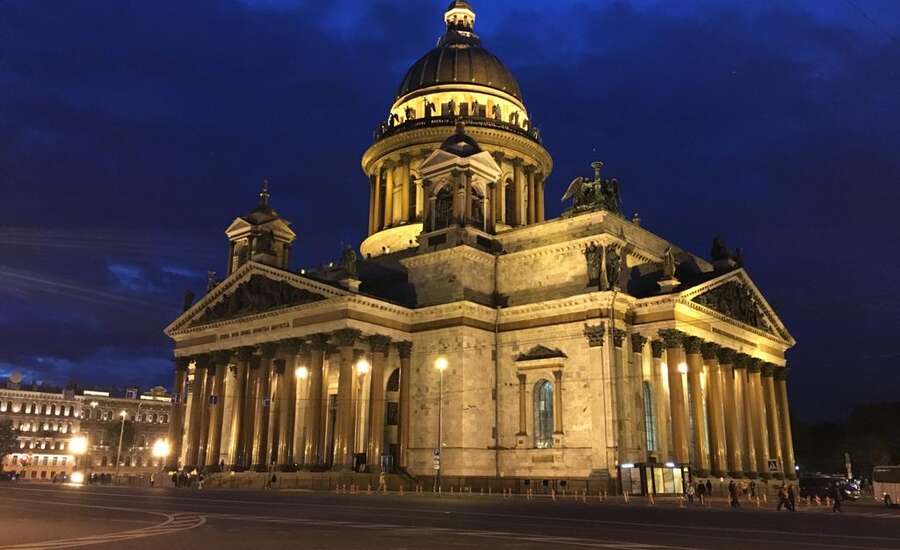 The most striking aspect of St Petersburg has to be its 18th century skyline. Thanks to the whole city being classified as a UNESCO zone, not a single skyscraper disrupts the quilt of tin roofs, red-brick chimneys and golden domes stretching over the many islands that makes St Petersburg feel like an open-air museum. The best vantage point from which to marvel at this city frozen in time has to be St Isaac’s Cathedral. The giant, golden dome of St Petersburg’s second tallest building makes it one of the most iconic landmarks in the city. The 262 steps up to the 360 degree viewing platform encircling the cathedral are well worth the effort.

Local’s tip: During the white nights, the observation deck is open till 4am.

Not many cities can claim to be as beautiful underground as above the ground. Indeed, in many places such as London going underground for any other reason other than the need to commute is unthinkable. The Soviets were a strange bunch who were ardent yet inconsistent when applying their ideology. They made a pact with the Nazis, who should have been their greatest enemy, stole in silly numbers from the state, which they technically owned, and made metro stations as grand as palaces while trumpeting the horn of utilitarianism. How the mind-bogglingly lavish designs of St Petersburg’s metro system were given the go ahead while theatres were being torn down for the crime of being overly ornate is something only the Soviets would be able to make sense of. Regardless of whether they can be justified, the marble columns of Ploshad Vostaniya, emerald-green tunnels of Admiralteisky and mosaics of Ploshad Lenina --to name just a few-- can certainly be appreciated. There is no better way to get a feel of Russia than to head down under into the depths of the metro.

Local’s tip: There are so many interesting facts about St Petersburg’s subway that it’s worth going on an excursion. Metro-themed quests are even organized in English that make learning about the history of the metro fun and interactive!

Learn about the best non-touristy spots in St. Petersburg.

An Alternative Guide to Moscow