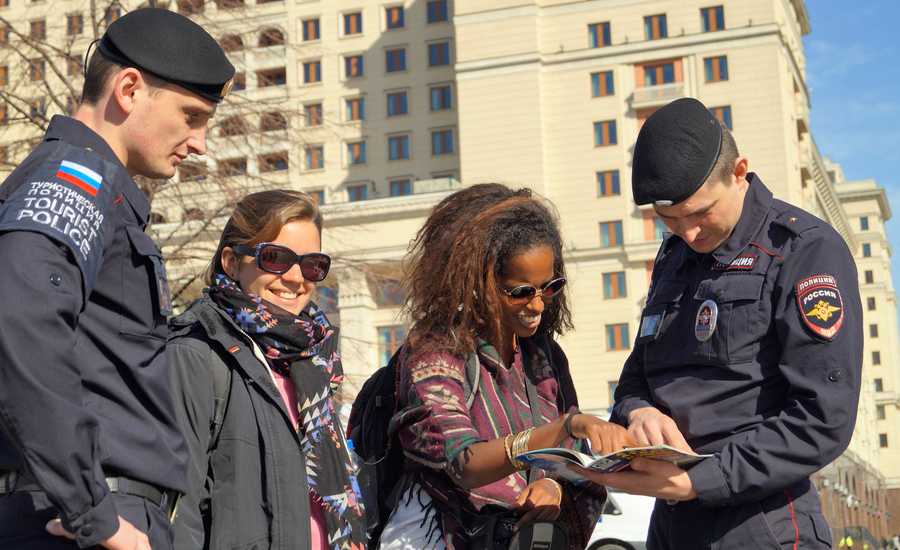 Is it safe to travel to Russia?

Travelling in Russia is no more unsafe than travelling in any European country, if you use common sense and follow the rules.

Despite political tensions between Russia and other countries, this rarely affects those travelling there. Russia is no less safe for tourists than other European countries if you exercise the same common sense as you would do when travelling anywhere.

Looking after your belongings 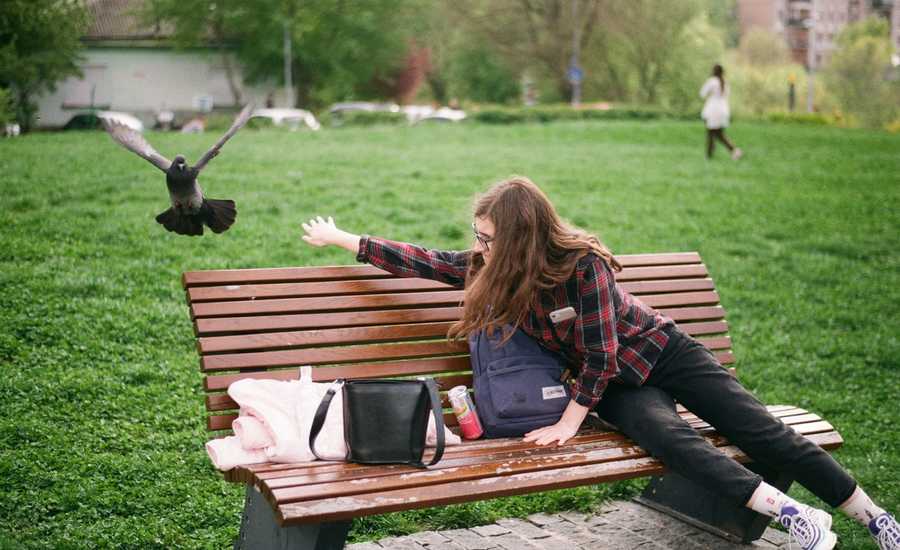 Look after your belongings and don’t flash money or valuables around. It’s sensible to split up your cards into different bags, and leave large sums of money and valuables at your hotel. As you would do in any large city or busy place, keep an eye on your bags and pockets, especially on public transport where pickpockets commonly operate. 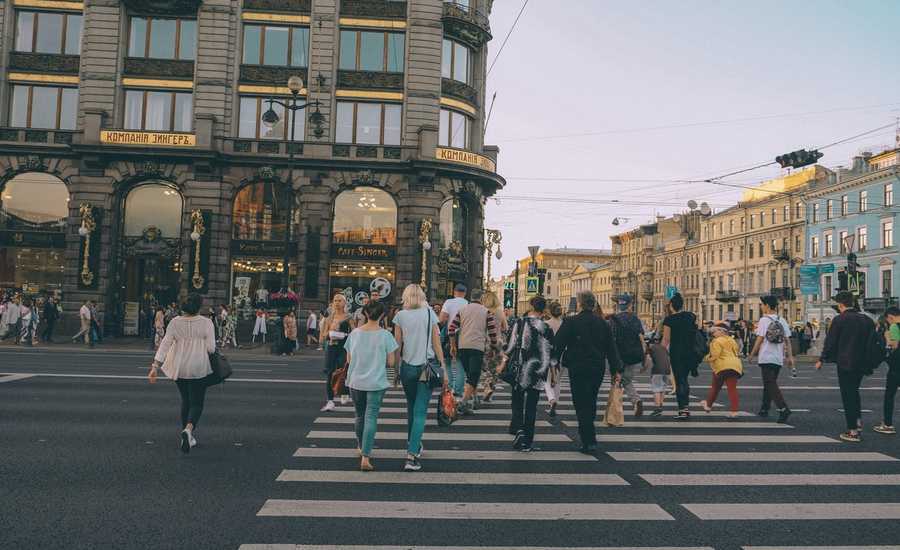 Be particularly careful when crossing roads, as it is not uncommon for cars not to stop at zebra crossings or red lights even in highly busy areas. It is not required by law to wear a seatbelt whilst travelling in a vehicle, but this is always a sensible choice. 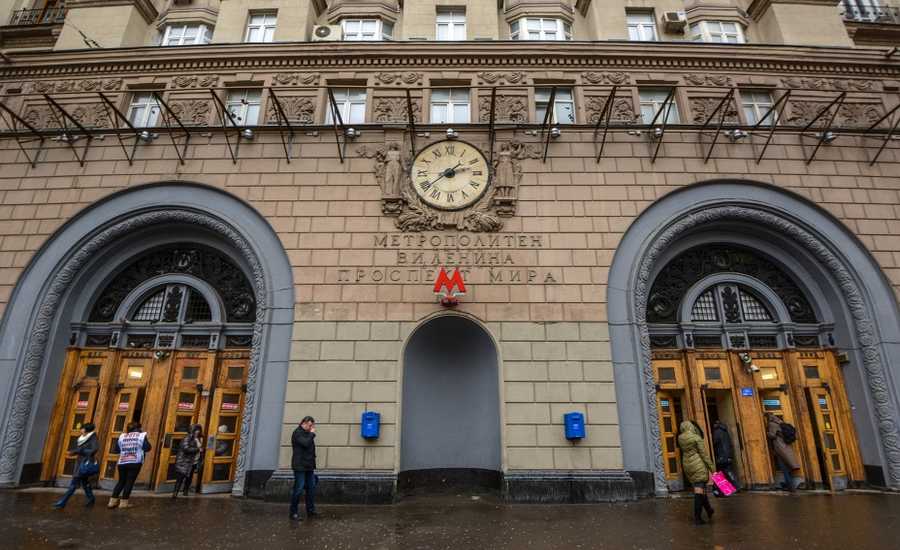 Do not take unlicensed taxis. Not only will you probably pay an extortionate fee, but they are not an overly secure method of transport. Fortunately, there are plenty of safer ways to travel by taxi. Order your cab at the official airport kiosks and ask your hotel to arrange your trips. Alternatively, use taxi apps such as Yandex Taxi, which operate similarly to Uber, display your fare in advance, and allow you to track and share your journey. See our guide to Russian taxis.

Public transport in Russian towns is safe and plentiful. Understanding some Cyrillic would be useful, but trams, buses and metros in larger cities frequently have English translations on maps and intercoms. If in doubt, ask a local person or see our instructions on using Moscow metro or using St. Petersburg metro.

Whilst travelling on night trains, keep an eye on your belongings if staying in shared carriages. Sleep with your passport and other valuables in a small travel-bag attached to your person, and if possible, get to know your neighbours.

Certain regions of Russia have been designated unsafe by both Russian and foreign authorities, but Express To Russia does not offer tours to these places. As in all cities in the world, there are unsavoury areas in Russia’s cities. But exercise common sense as you would in your home country. If you feel uncomfortable, travel back to a more populated and tourist-friendly zone. 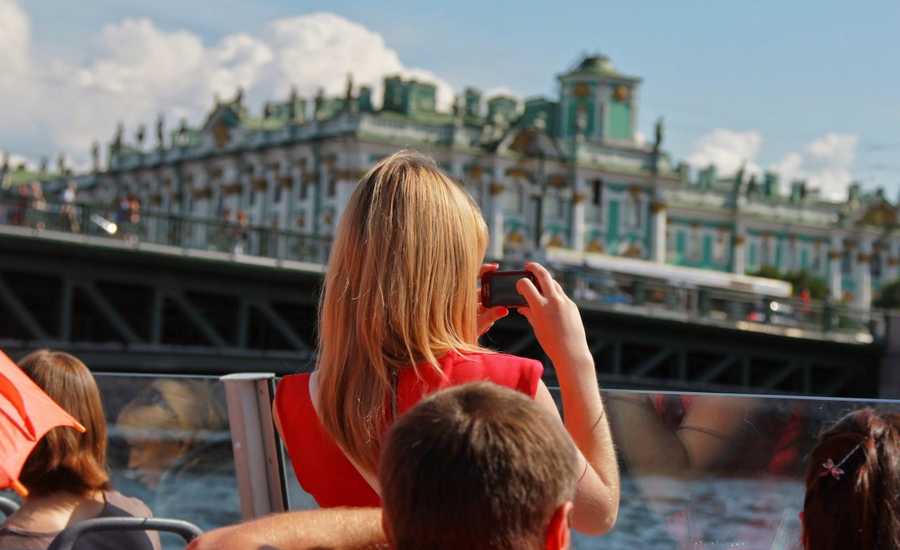 Do not take pictures of buildings used for military or security purposes, or of police or soldiers. If in doubt, avoid taking photos of anyone in uniform. Luckily though, it is no longer forbidden to take photos on the palatial metro systems!

Is it necessary to know Russian?

Learning some basic Russian phrases can come in handy - of course, спасибо (thank you) is a given! But even if you speak no Russian at all, you’re unlikely to be caught out in a big city, especially in tourist areas. Though it will still be useful to have a map or guide book to keep an idea of where you are located and use it to ask for directions.

Do they speak English in Russia?

Only 11% of Russians speak English, which is few in comparison to other European countries. However, in museums, hotels, restaurants and bars in tourist areas, it’s likely that some staff speak English. There are also special English-speaking tourist police in big cities. Public transport services in larger cities frequently have English translations on maps and intercoms, but its unlikely that public transport staff will speak English. Bear in mind that there is a generation gap: younger people have had more exposure to spoken English, whereas it’s common for the older generation, even in the capitals, to speak no English at all. 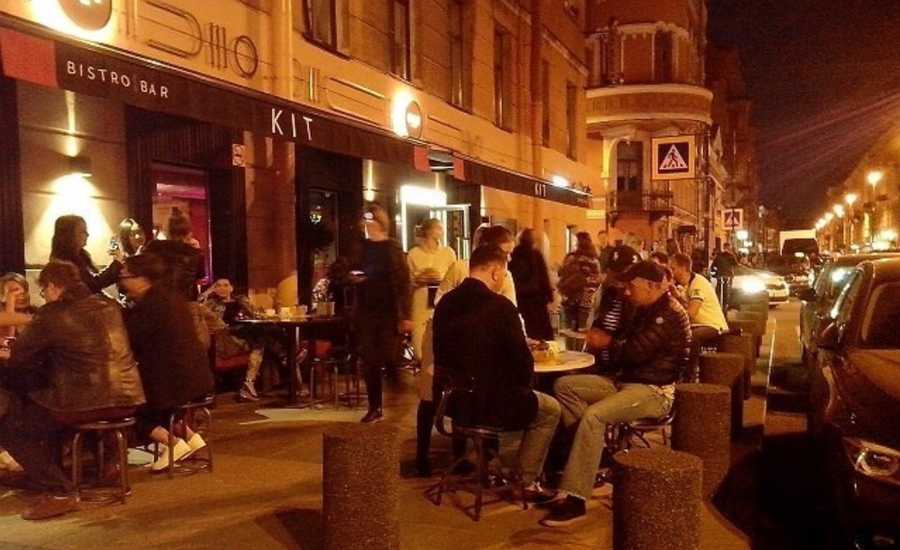 Be careful what you drink, especially hard alcohol purchased in kiosks. Avoid the cheapest products and purchase brands which you recognise, which have proper labels and information. It is not unheard of for counterfeit alcohol to be sold at shops with dangerous consequences, so think about quality over quantity if you’re planning for a good night!

Don’t be noticeably loud and drunk on the streets, as it can attract unwanted attention and you may end up in an unsafe situation. You should also know that it is illegal to drink on the streets in Russia.

Be aware of corrupt policemen who may take advantage of drunk tourists, and demand a fine for allegedly incorrect documentation. Remain patient, polite and cooperative, and show your passport, migration card and registration. If the situation shows no sign of improvement and you are asked to pay, ask to see the officer’s ID, inform a friend, and ask for an interpreter. 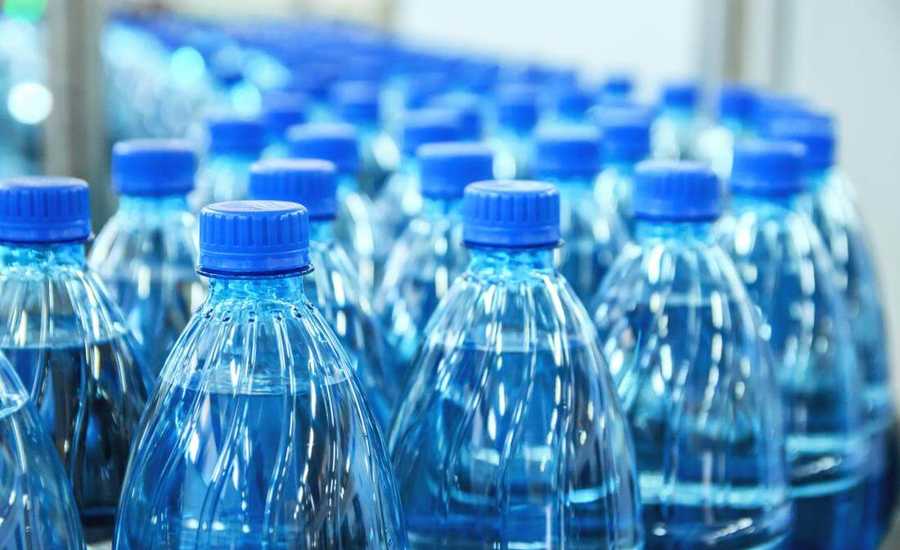 Tourists should stick to bottled or filtered water when visiting Russia. Hotels generally offer free drinking water and many Airbnbs have special drinking taps or filter jugs. Whilst tap water is not dangerous, you may suffer from stomach upset. But brushing your teeth, washing fruit and vegetables and washing yourself will have no ill effects.

Staying safe in all seasons

As the Russian weather can be famously extreme and capricious, make sure you check a detailed weather forecast before you pack. Autumn and winter are typically mild in other European countries, but can bring unwelcome surprises in Russia. Even in October and April, snow, minus-temperatures and storms are not unheard of. Be especially careful during winter. Many tourists will not be accustomed to temperatures of -20 or lower, and it is extremely important to wear adequate clothing. Ensure you pack a hat, scarf, gloves, sensible footwear, and most importantly when travelling to St Petersburg - an umbrella! You can find more packing gudelines here.

Having a smooth trip through customs 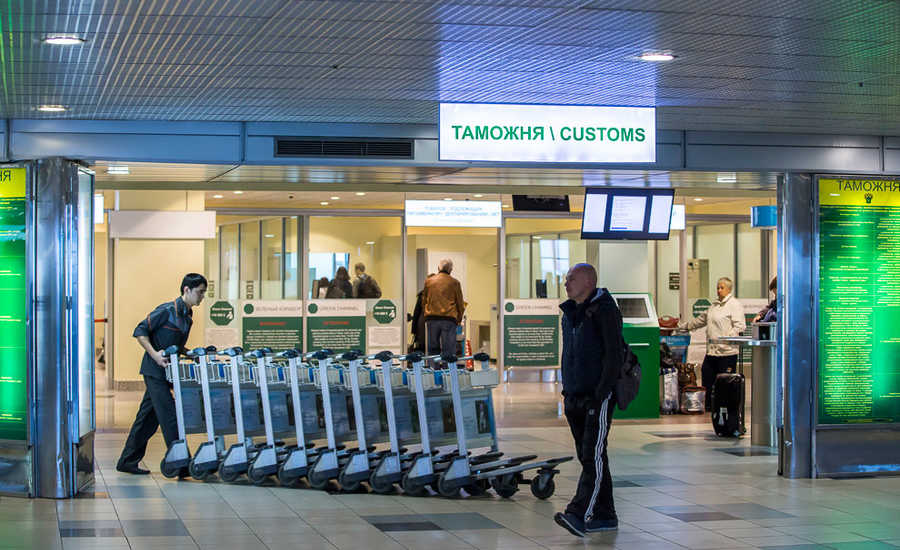 Double check which souvenirs you can and cannot bring back home with you. Aside from the typical duty-free restrictions, some of the items not permitted through Russian customs might surprise you. You will need official permission to transport works of art and items of Russian cultural value. If you’ve visited markets or antiques stores you may happen upon fascinating Soviet memorabilia, but problems can arise when taking home medals and awards. Transporting Russian delicacies such as sturgeon caviar also carry weight restrictions for the amount tourists can take home.

It’s important to research whether you are on any medication which is restricted in Russia. For example, double-check the legality of ADHD medication, painkillers, sedatives and psychotropic medications. Learn more about Russia's Customs Rules. 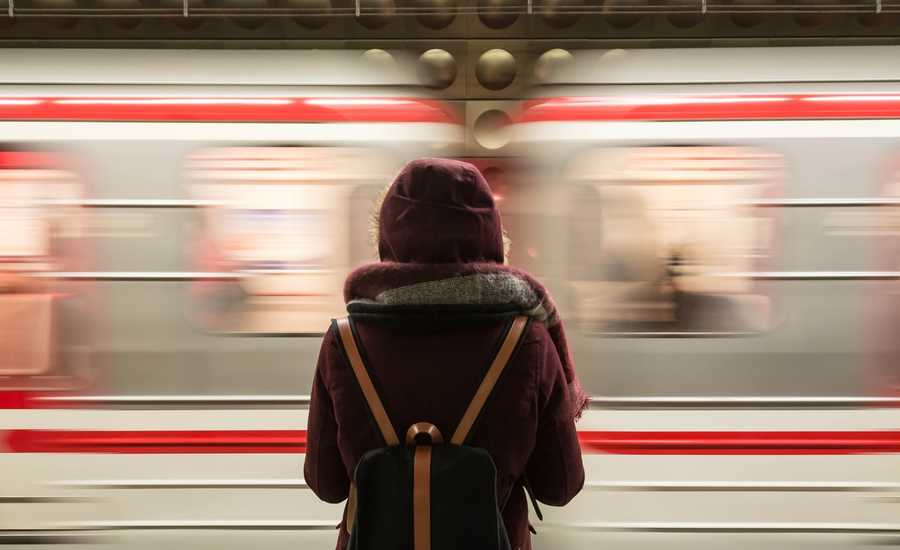 It is not unsafe for solo females to travel in Russia, and women frequently travel alone. Women exploring cities on their own will raise no eyebrows, but exercise caution as you would do in any place, don’t hitchhike, and try not to draw unwanted attention to yourself.

Despite media portrayals, Russian people are friendly and helpful to tourists. They often go out of their way to help you and give you advice if they can. Although smiling is less of a cultural norm in Russia than in many countries, this does not mean that you are unwelcome. Just be polite and patient with the language barrier.

Overall, it is unlikely that tourists will encounter unsafe situations in Russia. If you use your common sense, follow the rules and your instincts, you are certain to enjoy your trip to this beautiful country.