St. Petersburg State Museum of Theatre and Music is located in the building of the former Imperial Theatres Management, thus the building itself is an exhibit of the museum. The museum aims to revive theatrical life in Russia from the past for every visitor.

The museum also includes 4 branches also in the city of St. Petersburg: the N.A.Rimsky-Korsakov Museum, the F.I.Chaliapin Museum, the Samoilov Family Museum, the Museum of Music in the Sheremetev Palace. To help with establishing the theatrical world of the past portraits of famous actors, theatre designs by well-known artists, posters, manuscripts, theatr e props, set models are on display for all to see. There are the diaries of famous ballerinas such as Anna Pavlova, letters written by Tchaikovsky, manuscripts from performances at the Mariinsky and possibly one of the most interesting exhibits is the display of ballet shoes over history. 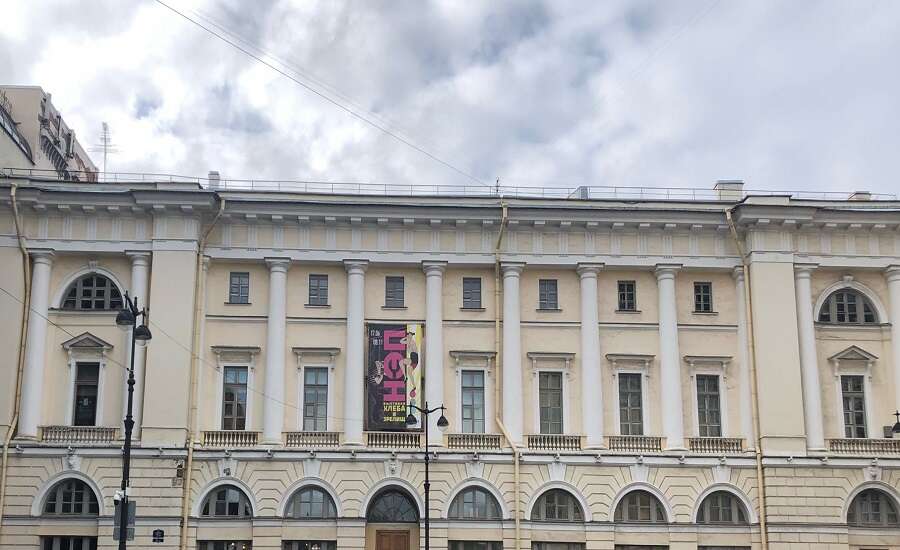 Photo by Express To Russia Staff

The museum also have private belongings of great composers, singers and actors, which enables the museum to reconstruct the atmosphere, in which these ‘celebrities’ of the time lived and created. There is also a brilliant opportunity to watch footage from historical performances, which gives you the chance to see the brilliant work that was created. One of the rarest exhibits is that of the costumes. You can see the costumes from first night performances and the ballets of the 1920s. Furthermore, the museum hosts the largest collection of photographs and negatives in Russia, which bring rehearsals and performances to life in front of your eyes. The Museum of Music in the Sheremetev Palace preserves the memory of theatrical and musical traditions of the celebrated noble family of Sheremetev. Here one of the world's biggest collections of musical instruments is also located.

Unsurprisingly, a considerable number of productions, subsequently famous, were first presented here, and many future celebrities made their debut here. In all the buildings of the museum there are concert halls which are still used today. The idea is that whilst the museum looks at the past, it is also housing new creations and possible gems that will be marvelled at in the future.

Anyone with any interest at all in theatre, of any sort, won’t be disappointed with a visit to the State Museum of Theatre and Music in St. Petersburg, arguably one of the most cultured cities in the world!