Ways to unleash your inner hipster at New Holland Island: 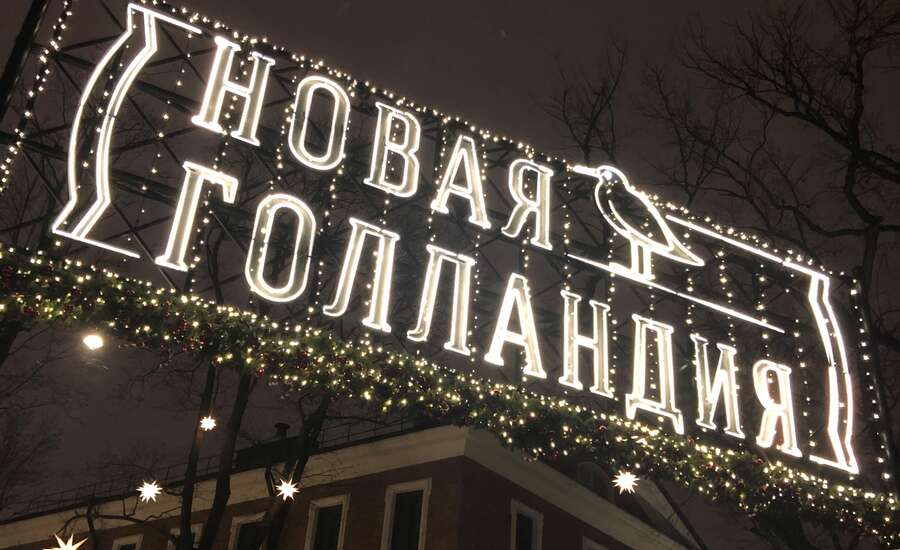 In five, neon-blue words and two ingenious brackets, the Coney-Island-esque sign shining over Labor Square says it all. Firstly, New Holland re-ally is an island. In a city compromising of 42 islands that may not seem significant, but it is unique in being the only man-made one. And, like most of St Petersburg’s impressive sights, its existence is thanks to the revolutionary vision of one man— Peter the Great.

The second meaning of the sign will be made apparent as soon as you cross over the arched bridge and step onto the island’s cobblestones. Time passes at its own pace here. The gardens bloom earlier, on the loungers lined up on the mini-beach the sun feels so much warmer and when the grey days of November come, the lawns are still a brilliant green. Sheltered from the goings-on in the city by the 18th-century ship-building workshops and the wide canals, it truly feels like an island to it-self. 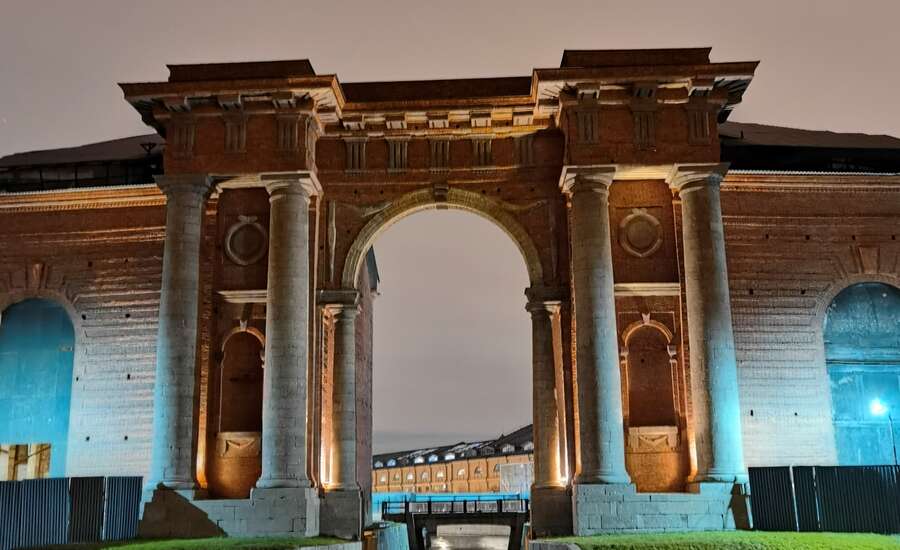 The last meaning lies at the heart of the island. Being so ingrained in the nature of New Holland it can be difficult to pinpoint. It starts with bike stands by the entrance where children’s scooters are parked unlocked. The feeling gets stronger when the amiable concierge offers to take your heavy coat and bags. Suddenly, you fling your shoes off to run across the lawn or forget your age and whoosh down an ice-slide. Now you feel the magic: You are an island.

“Islands in the stream, nothing in between….that is what we are.” 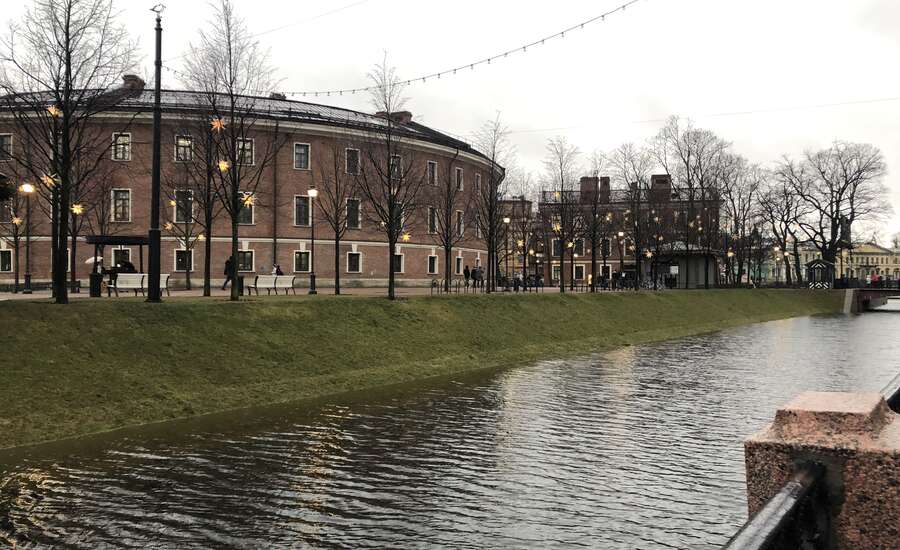 To the ordinary visitor, New Holland can seem like quite a mystery. Un-like most buildings from the time, the facade of the main warehouse, though exceptionally grand in design, was never plastered and left bare-bricked. An arch of magnificent proportions only connected the exterior-facing columns — leaving the remaining columns free-standing. Its most distinguishing building is peculiarly shaped— a sort of hollowed-out cyl-inder. New Holland’s fascinating history, not Masonic theories (as some bizarrely attribute to the island due to its triangular shape and circular building), explains all these mysteries away. 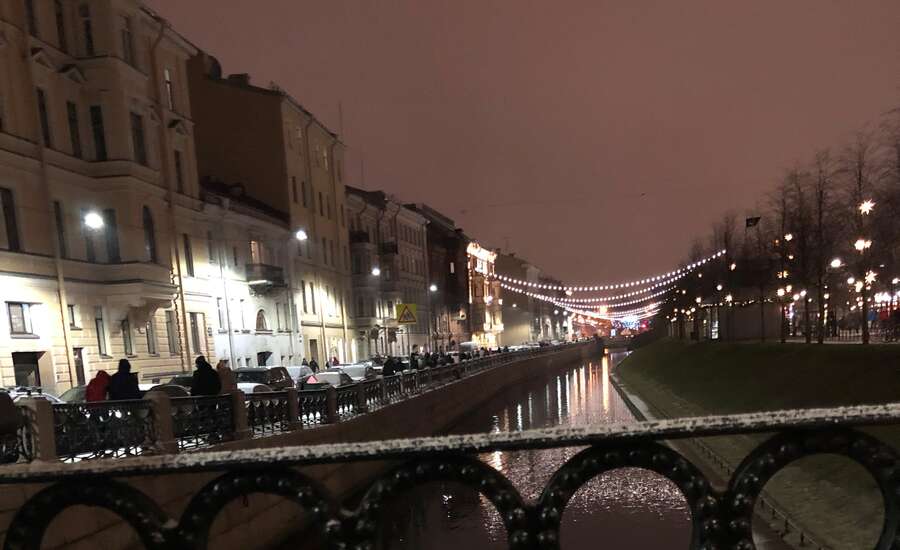 The island was built to provide fire-safe storage for the navy’s timber. Crucially important for the young city’s security, New Holland’s first wooden warehouses were constructed just one year after St Peters-burg’s founding in 1703. Like much else built at the time, New Holland was heavily influenced by the Dutch. Peter the Great himself worked in a Dutch shipyard and it is presumed that the Dutch craftsmen he brought back to St Petersburg gave New Holland its name. Much of the Imperial Navy’s 500-strong fleet was built here, but it would take another great tsar— or rather tsarina— for the island to progress past the wooden sheds Peter had set up.

As soon as Catherine the Great seized power from her infirm husband, she went about strengthening Russia’s armed forces. Under her orders, New Holland’s wooden warehouses were rebuilt in brick. The war with the Ottoman Empire, however, quickly drained the navy’s coffers. Con-struction at New Holland was halted and wasn’t resumed until a Russian billionaire’s (Abramovich) acquisition of the island.

Did you know? New Holland has always been known for its pioneering foresight. The cylindrical building at the center of the island was built in the 1830s as a naval prison. Along with its design which was ground-breaking, the way the prison was run was also unbelievably original. While serving their sentence, prisoners were trained in a profession so they could earn a living once they were released.

The Perfect Day Out
What to do at New Holland Island? 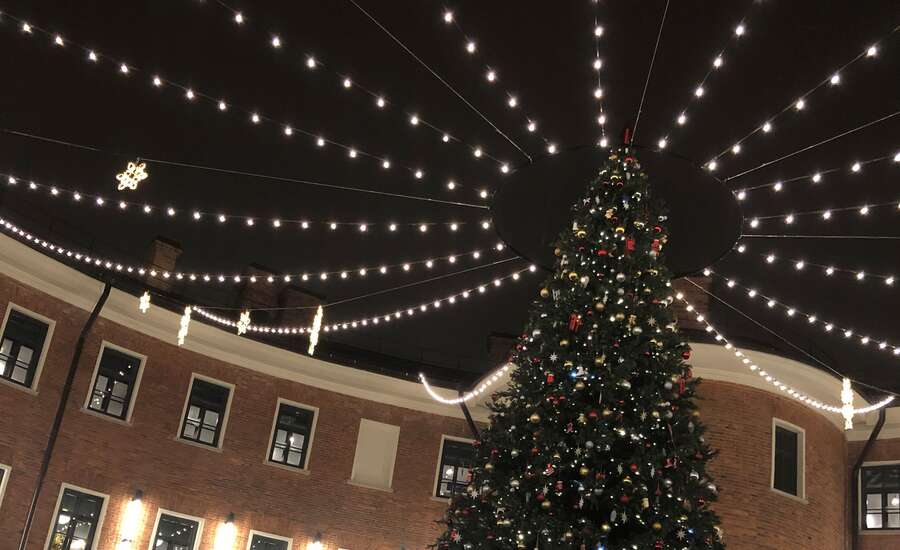 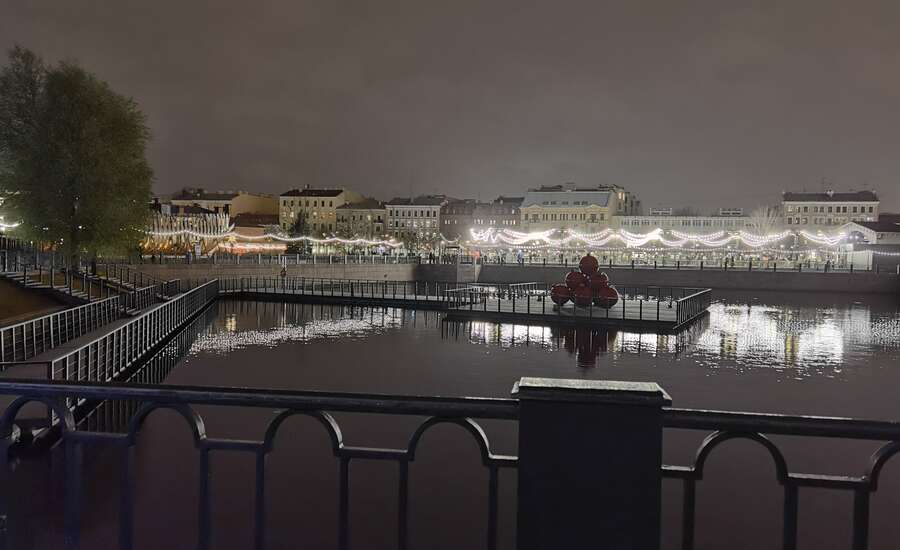 Did you know? Each year, new dimensions of the island are opened up. Construction works are planned to continue till 2025. By that time, there should also be a concert hall and art gallery to accompany the cafes, shops and stu-dios which are already running. 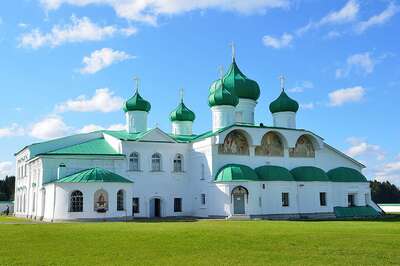