The History of the Orlov Museum of Palaeontology 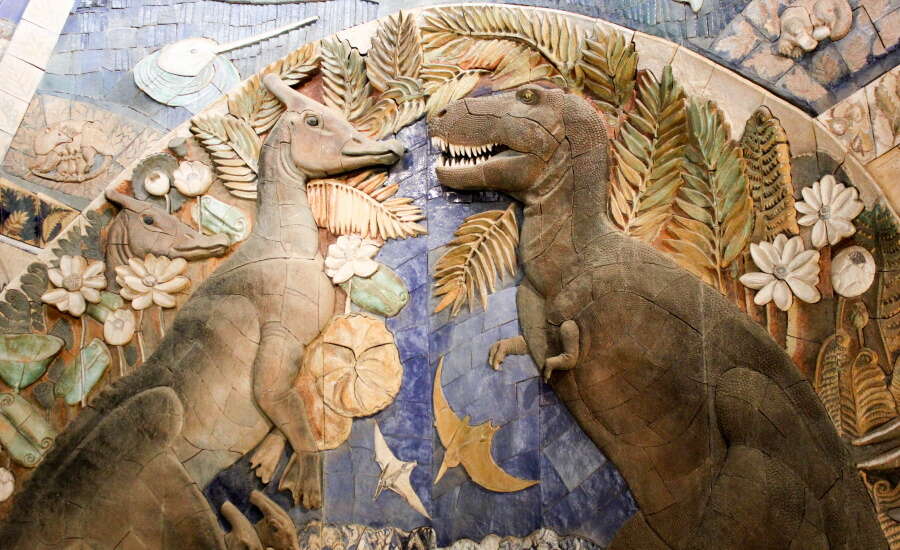 What can you see in the Orlov Museum of Palaeontology today?

Old or young, the mere sight of the fearsome creatures that once roamed Russia is guaranteed to induce goose bumps. The skull of a sabre-tooth tiger is unnervingly life-like— its intact canines seem to glisten with saliva— even the skeleton of an extinct species of moose is positively hair- raising in all its 4.5 meters from hoof to antler-tip. Naturally, the museum has its stock of Siberian woolly mammoths, and a giant rhino adds an exotic twist to the otherwise distinctly Russian collection. 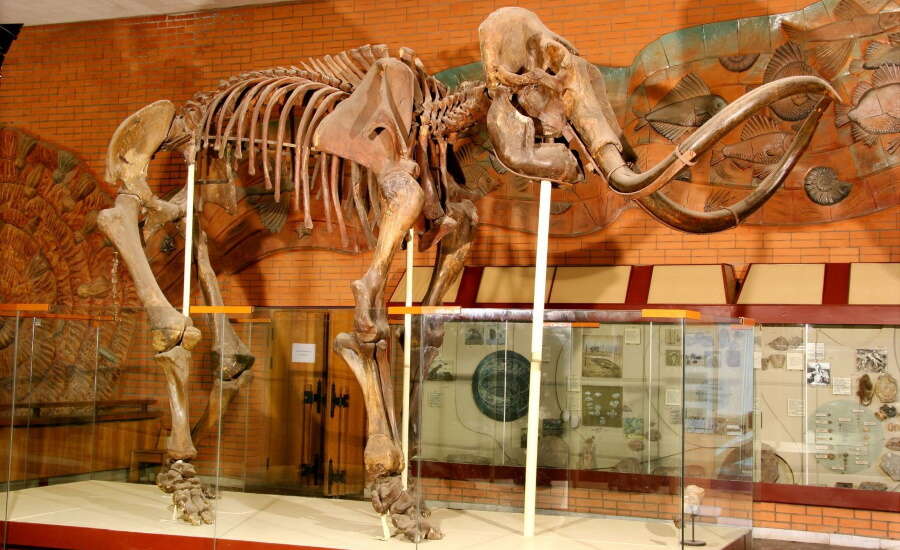 BIG seems the only apt word to describe the Orlov Palaeontological Museum’s dinosaur exhibition. The variety and sheer size of the skeletons and casts sprawling through the halls will set even the heads of dino-experts spinning. With giant therizinosaurus claws, 11 ton saurolophus skeletons, juvenile tarbosaurus skulls, therapsids from Perm, otherworldly fossilized eggs and a 21 metre diplodocus cast presented to the last Tsar, Moscow’s most overlooked museum could rival the likes of London’s Natural History Museum. 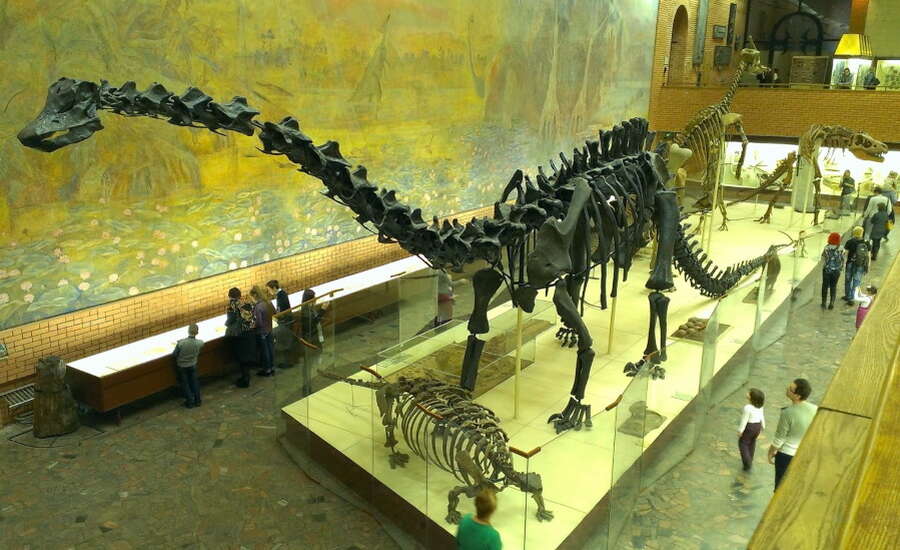