What’s the history of the Annunciation Cathedral? 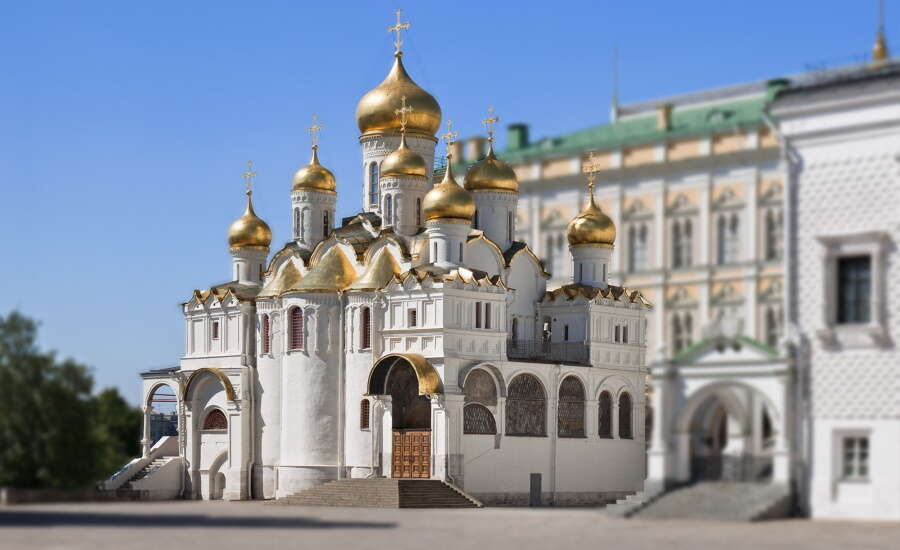 History of the Annunciation Cathedral

Did you know? According to legend, Ivan the Terrible was standing on the porch of the Annunciation Cathedral when he saw a comet. Astrologers and fortune tellers believed it to foretell his imminent death, and Ivan soon died from a stroke while playing a game of chess. He is buried in the Archangel Cathedral on the Kremlin’s Cathedral Square.

Did you know? The Annunciation Cathedral basement held the royal treasury, though many priceless items were looted by the Lithuanian-Polish army in 1612 and by Napoleon’s army 200 years later. 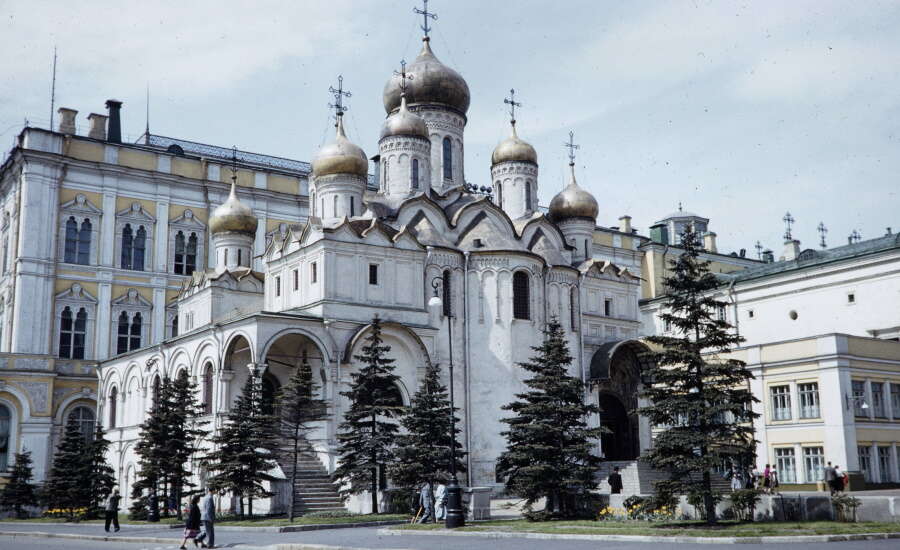 What can you see at the Annunciation Cathedral?

What can you see at the Annunciation Cathedral? 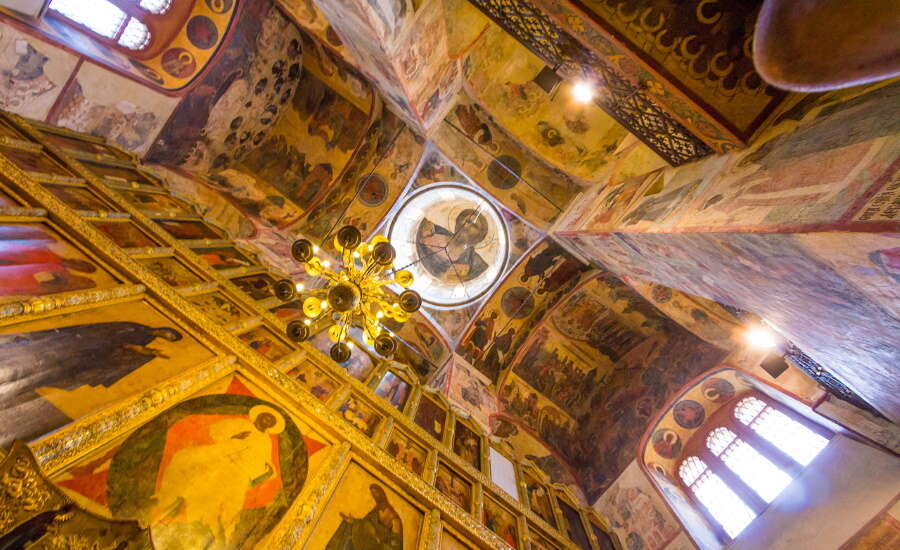 Despite its small size the Annunciation Cathedral is a true work of art, both inside and out. Nine golden domes sit atop the white stone church, and its design embodies the religious architectural traditions of ancient Pskov and Moscow, decorated with tiers of semi-circular niches and kokoshniks, arches, and elegant fretwork.
Underneath its many gilded domes, the cathedral is adorned with murals of religious and royal figures and scenes (some murals are originals from the 16th century), and icons by masters including Simon Ushakov and Andrey Rublev. Inside stands one of Russia’s oldest iconostases, decorated with icons from the 14th to 19th centuries, and in its centre is a silver door leading to the staircase to the Tsar’s personal chambers in the Kremlin Palace.

The basement of the Annunciation Cathedral houses an exhibition dedicated to the history of the settlement of Borovitsky Hill (upon which the Kremlin was constructed) and a collection of the Kremlin’s treasures and antiques from the 12th and 17th centuries. The Southern Gallery on the first floor is home to an exhibition of precious icons, religious sculpture and reliquaries.