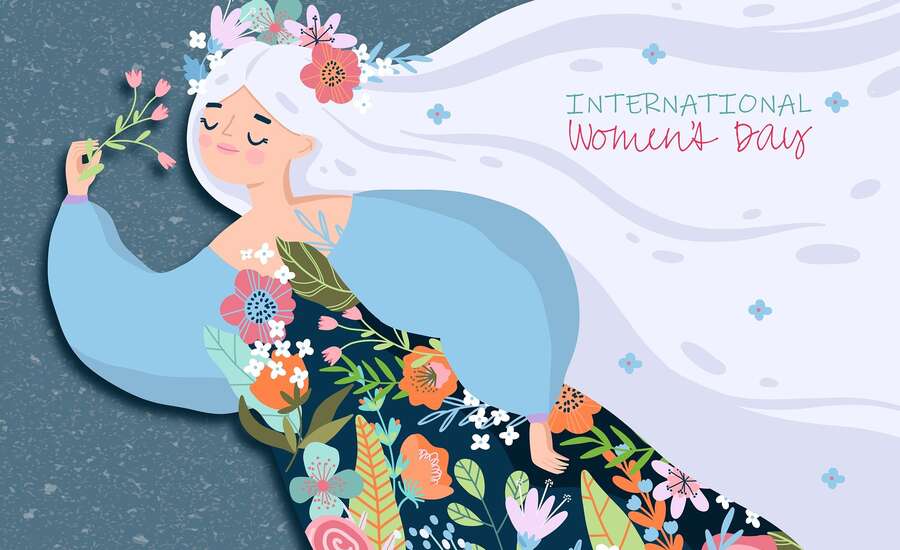 Photo by by ALBERTO H. FABREGAS from Pixabay

How and why do Russians celebrate International Women’s Day?

March 8th is marked in red, bold letters in Russian calendars. Weeks before the event, cities and towns are scrubbed and buffed to a shine. Board meetings are held in companies large and small on critical questions such as the merits of long-stemmed roses in comparison to medium-stemmed roses. Restaurants are booked up months in advance and the economic boon created by this holiday is felt as far away as the Netherlands and Kenya.

Though International Women’s Day, with all the flowers, perfume, chocolate and dates, may sound frivolous and unimportant, understanding this seemingly trivial holiday is key to understanding the Russian psyche. 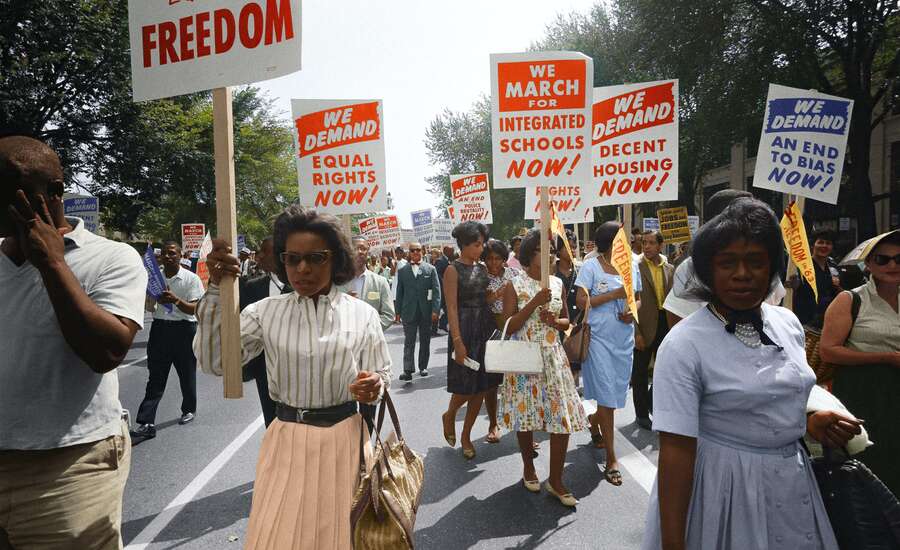 Photo by Unseen Histories on Unsplash

The roots of Russia’s third most important holiday after New Year and Victory Day are bizarre and riddled with inconsistencies. For starters, the “International” in its name, is as misleading as the “world” in the World American Football League. Apart from ex-Soviet states and a few states, such as former Warsaw Pact countries, Afghanistan and some South American states, which were closely affiliated to the regime, few other countries in the world celebrate this day. Stranger still, the holiday originated not in good ol’ Leningrad, but instead in none other than NYC as an all-American, feminist movement. Thanks to Lenin it was given a communist twist. Then, after the fall of the USSR, feminism became unfashionable and, today, there is a distinctly patriarchal and nationalistic air around this holiday. Who would have thought that a few American seamstresses, unsatisfied with their pay, could be the foundation for such an important holiday all the way over in the USSR? But then again, as the Russian poem goes, ‘a woman is as full of mystery as an unfurled rose bud’. It is only fitting, therefore, that a holiday devoted to them should be as perplexing as it is beautiful. 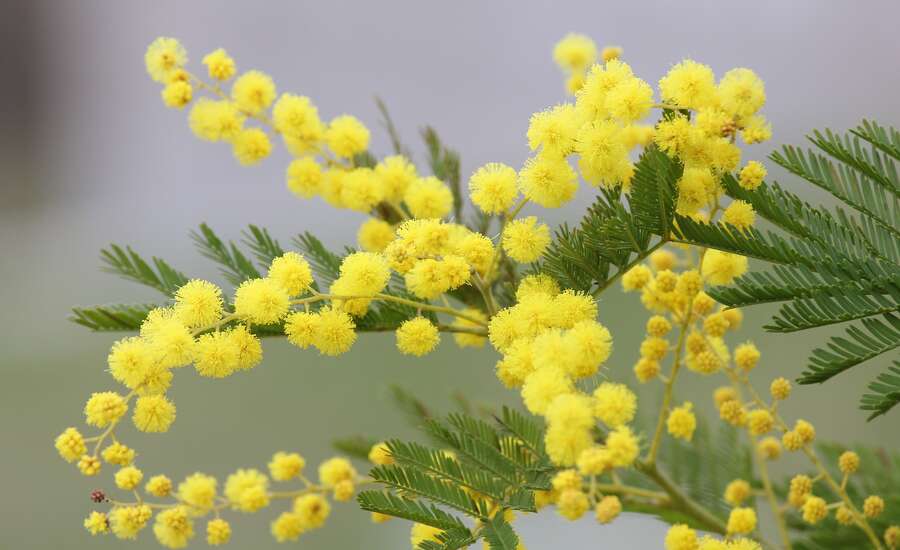 Photo by ecoplay1 from Pixabay

Both Valentine’s Day and Women’s day are celebrated in Russia and both involve giving bucket-loads of flowers. There are specific types of flowers, however, for Women’s day and any old rose or, god forbid, bunch of pansies simply won’t do. Since Soviet times, the soft, yellow clouds of Mimosa or Acacia flowers have been considered the classic gift for the 8th of March and, in more recent times, giving tulips has become widespread. Showing love and admiration is what this holiday is all about, but the love exhibited is not necessarily romantic. Though awkward teenagers will take the opportunity to shyly reveal their feelings on this day and young couples going on dates flood restaurants to capacity, there are just as many children giving bouquets to their mothers, grandmothers and teachers and Dad’s delighting daughters with little gifts as there are lovebirds on this family-orientated day.

"I’m the youngest in my family and so I’ve always been spoilt rotten! My two older brothers, I remember, would save up their pocket money to buy me and my Mum a bunch of mimosas each and in the evening, when my Dad took my Mum out, my brothers would have to cook dinner for me. They made me sit at the table while they went about making a mess in the kitchen and then, after about half an hour of sitting through a concerto of clashing pots and pans, they’d proudly stride out the kitchen and lay before me a plate with a swimming-pool sized portion of condensed milk at the bottom, upon which a halved banana floated which was topped off with crumbled cookies, swirls of fluffy cream and then drizzled over with half-burnt chocolate— basically it was a mishmash of anything sweet in the house which they could get their hands on! It looked absolutely inedible, but we always devoured it in no time and then ran to the TV for a night of cartoons before my parents came home. To this day, my brothers always give me something sweet like macaroons or pastilla on the 8th of March."

"When I was a young girl, the 8th of March was as much about socialism as it was about femininity. My girlfriends and I would go on parades organized by our university, carrying banners of the USSR and singing songs about equal rights for mankind till our throats were dry. What I liked most then was how respectful men were towards women and in fact, not just to women. Everyone in general was much more considerate of others’ needs. This underlying social harmony was simply exemplified on Women’s Day. I remember how I looked forward to that day when my late husband would bring a bunch of bright mimosa to me in bed and then later in the evening we’d go out to dance to a live band in the town hall."

"Women’s day is a real treat. For once I get to kick my feet up and not worry about the washing or the kids’ breakfast. I really don’t understand how some feminists could be against it. It switches the roles for the day and puts the domestic responsibilities on the man, which is sort of what they want, right? My children are still in primary school and they always bring me cards with poems written inside or something sweet like that along with a bunch of flowers my husband brings. By the 8th of March the snow has usually melted and the sun is up for longer, I always feel cheered up on this day because I know winter’s ended." 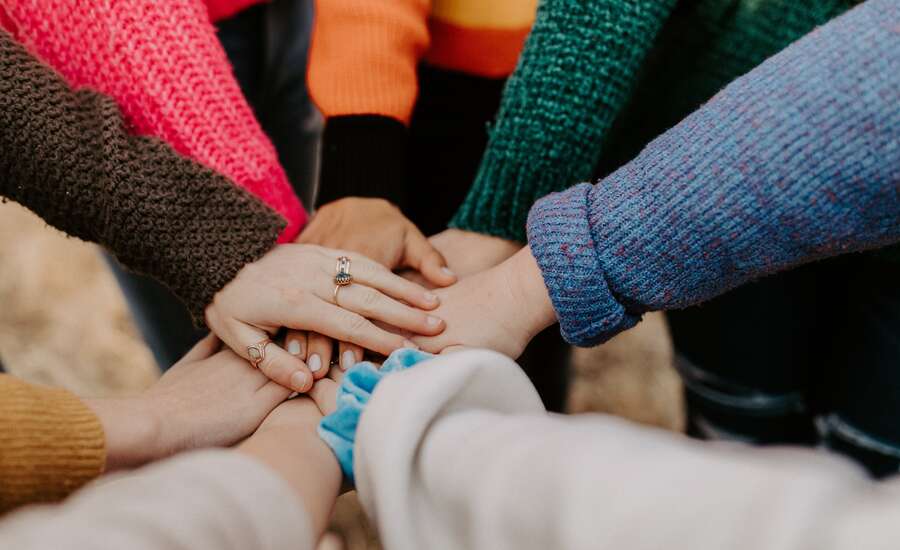 Photo by Hannah Busing on Unsplash

No doubt, not a gram,
If spring would be a lady
She would have a face
Like you, dear Mum.

You shine like the morning sun,
Are as soft as dew on petals
and your voice seems to sing like birds,
chirping in trees tall and green.

Let the hand of spring,
so gentle, so nurturing,
sow seeds in your heart
that will bring happiness
and everlasting love
on March the 8th,
your day, my sweet mother.