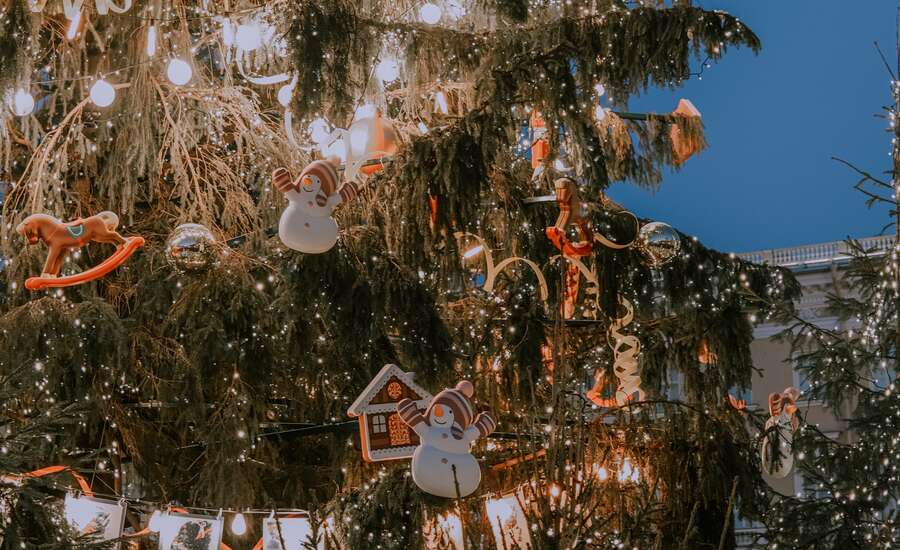 While Russian New Year shares a few festive traditions with Christmas, the resemblance ends with the brightly decorated tree and Grandfather Frost heaping presents on the kids. New Year’s Eve is the largest, flashiest and most exciting holiday in the country, bidding farewell to the year and kicking off a fortnight of festive holidays. Rather than settling down in front of the fireplace with a mug of cocoa, this is the moment for Russians to let their hair down and head out into town! The Soviet Champagne flows by the bucket, the Olivier Salad is piled high on the table, and the celebrations don’t get going until after midnight.

And where better to celebrate this wintertime wonder than in Russia’s cultural capital, St Petersburg? Whether you want to see in the New Year on snow-covered squares strung with glittering fairy lights, join Petersburg high society at a luxury gala dinner, or end the year with a famous ballet at the imperial theatre, there’s a New Year’s celebration for everyone. Will you join the Russians on the most exciting night of their year? 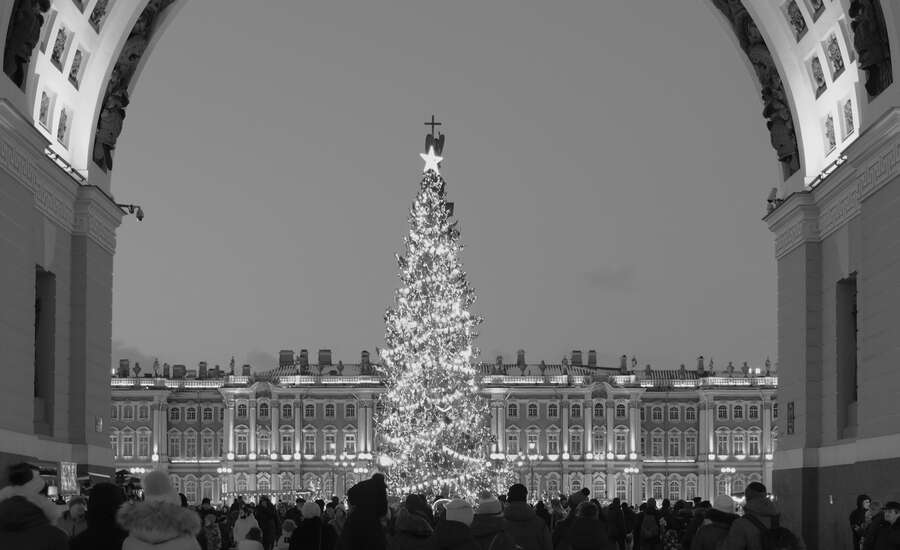 If you’re happy to brave the cold, then a New Year’s stroll through St Petersburg promises the height of romance. Every year from mid-December to mid-January, Nevsky Prospekt is frosted with fantastic decorations in imperial Russian style. Huge, illuminated garlands of flowers, crowns and angel wings are suspended over the wide street, and the lampposts are woven with vines of lights. Everywhere you look are rich red and gold colours contrasting the white snow on the ground, complementing the illuminated mansions and palaces lining the street, and reflected in the gleaming glass shop fronts.
On New Year’s Eve, Nevsky Prospekt is pedestrianised and becomes one giant street party! Take your time to walk the length of the avenue from Vosstaniya Square to Palace Square, enjoy lively street performances by talented bands, and pop into a café for a cup of mulled wine to warm up from the cold.
At the northern end of Nevsky Prospekt is the centre of St Petersburg’s celebrations on Palace Square. Here, as every year, stands a 25-metre New Year’s Tree draped with lights and topped with a gleaming star. Sadly the annual Palace Square New Year’s concert will not be held this year, but a show will be broadcast online and on the TV instead.
Fabulous fireworks
From Palace Square, revellers are in prime position to admire the River Neva in all its frozen glory. While venturing out onto the river itself is strictly prohibited, a stroll along St Petersburg’s famous granite embankments is much encouraged, and people gather on the riverbank to watch the Peter and Paul Fortress firework display which bursts into the starlit skies at 3am. The Palace Embankment alongside the Hermitage offers the best view of the thunderous volleys, as well as the Spit of Vasilievsky Island, Palace Bridge and Troitsky Bridge. Those who don’t feel comfortable in a crowd can watch the colourful show on TV. 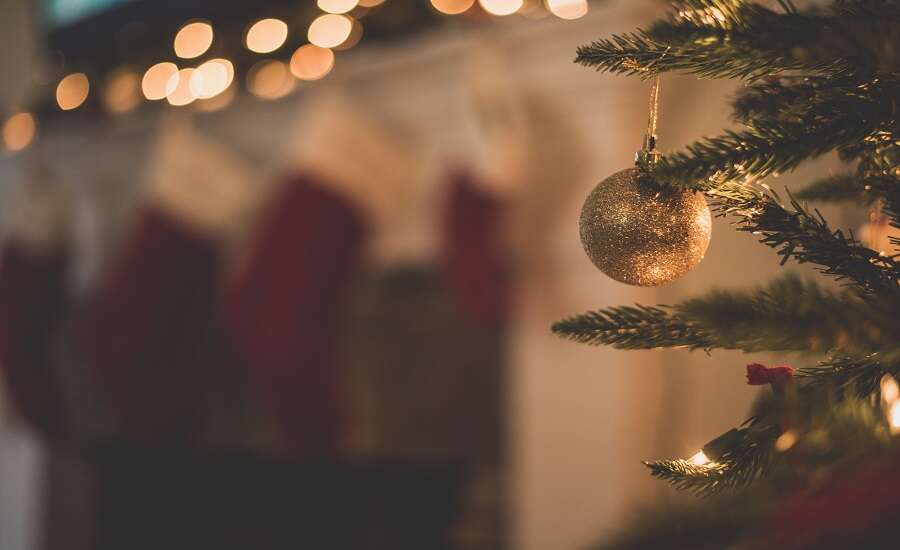 Photo by Chad Madden on Unsplash

If you’re looking for something to do before the big night, then visit one of St Petersburg’s New Year’s fairs. Get yourself in the festive spirit – swoop around the ice rink, sip mulled wine or hot honey sbiten, and browse handicrafts and presents for your loved ones.

Visit the New Year’s Bazaar at stylish New Holland Island, where there are 22 decorated pavilions for you to browse. Here you can find gifts like homeware, ornaments, books, clothing, jewellery, winter accessories, toys and records; warm up from the cold with Roman-style pizza, Czech trdelniks, Israeli doughnuts and Swiss raclette; and glide around a huge ice rink strung with fairy lights.

On 31st December the bazaar operates until 7pm, the ice rink until 10:30pm.

One of St Petersburg’s newest creative spaces opened its New Year’s fair on 21st December. The historical market has been transformed into a colourful fairground decorated in cosy, traditional European style. Here is a Venetian carousel and an enormous ice hill which you can slide down on inflatable rings; a market of gifts and souvenirs from local businesses; and street food of all cuisines.

On 31st December the market operates until 10pm.

This historical square just off Nevsky Prospekt, and its surrounding streets, is decorated with festive lights, photo zones and a large Christmas tree. As well as browsing the market stalls in wooden pavilions, visitors can enjoy the carousel and ice rink free of charge, and watch performances by organ-grinders, gymnasts, jesters, jugglers, mimes, musicians and dancers.

On 31st December the fair operates until 9pm.

St Petersburg’s coolest seafront space is famous for its ice rink, which offers skaters a fabulous panorama of the frozen Finnish Gulf as they glide around the ice. Alongside the rink is a small New Year’s market selling gifts and street food. If visitors want to relax after their skating, they can visit one of Sevkabel’s many cafes and restaurants for a sit-down meal.

The Central Park of Culture and Leisure on Elagin Island is the perfect place to spend a winter day – and the frosting on the cake is the Elagin New Year’s fair. We’d recommend exploring the woodland alleys of the park by ski or sledge or skating on the ice rink, before grabbing a bite to eat at the fair food court. Don’t forget to browse the pavilions, packed with gifts like local honey and sweets, handmade knitwear, folk handicrafts and toys.

On 31st December the market operates until 9pm.

The lap of luxury 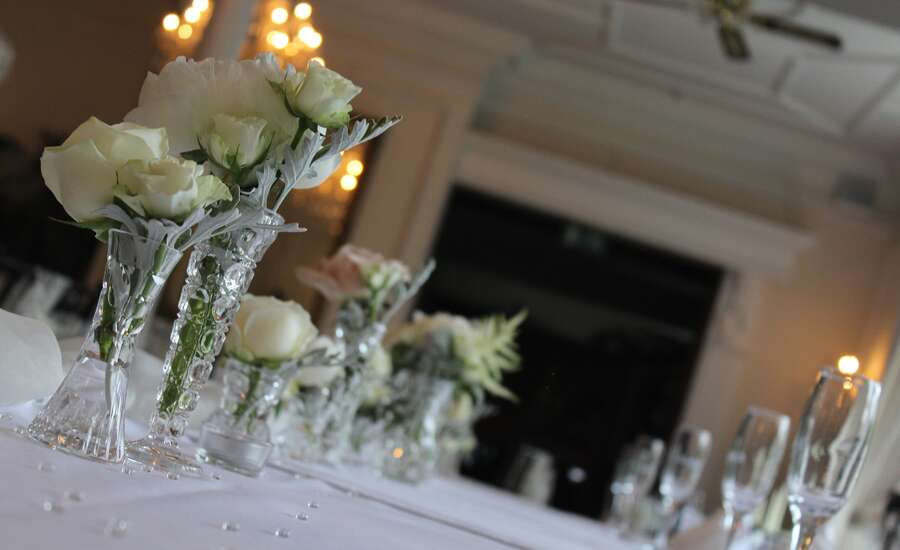 Photo by Natalie White from Pixabay

For a truly magical end to the year, St Petersburg’s luxury hotels throw a party like no other where you can sip champagne and snack on caviar in the most opulent of settings.

St Petersburg’s iconic Grand Hotel Europe is the perfect place to meet the New Year in the company of St Petersburg high society. This year’s gala dinner theme is the Hussar’s Ball, held in L’Europe Restaurant. A six-course dinner of aristocratic Russian cuisine, including Kamchatka crab, Baltic salmon and sturgeon caviar, is served alongside handpicked wine pairings. Talented musicians and artists from the St Petersburg world of musical theatre will provide an operatic soundtrack to the meal, and will have guests swinging around the dancefloor at the end of the night to waltzes and polkas. For something a little more laid back, head to the Grand Hotel Europe’s Lobby Bar. Sip chilled champagne or cocktails and nibble canapes as a jazz band plays, creating a special and intimate atmosphere to greet the New Year.
To reinvigorate yourself on New Year’s Day, visit L’Europe Restaurant for a New Year’s brunch of Pan-Asian and European dishes (accompanied with champagne and vodka, if you’re not suffering too much the morning after!) As you dine, soak up the Art Nouveau décor and enjoy the live orchestral music performed in the restaurant.

There is no more magical setting for a New Year’s celebration than in Kempinski Hotel, a 19th century mansion on the Moika River. The New Year’s dinner is held in the panoramic rooftop Bellevue Restaurant, which offers an unparalleled view over St Petersburg’s skyline, in particular the Winter Palace and Palace Square which unfold just metres from the hotel. In the morning, guests can enjoy a late breakfast in the spacious Beau Rivage Restaurant.

Each of the Four Seasons Hotel’s restaurants is hosting a New Year’s dinner to suit any taste. The vibrant Percorso restaurant will be transformed into a colourful circus arena where chef Luca Crostelli serves a six-course Italian dinner. For something a little more oriental, Sintoho Japanese restaurant will serve an Asian fusion menu in an ocean-inspired setting. Alternatively, see in the New Year with champagne toasts in Xander bar. The next day, you can start the New Year in good form with brunch in the bright and airy Four Seasons Tea Lounge.

Dinners at Percorso and Sintoho start from 32,000 roubles per person, in Xander the minimum spend is 15,000 roubles, and New Year’s brunch costs 6,500 roubles. 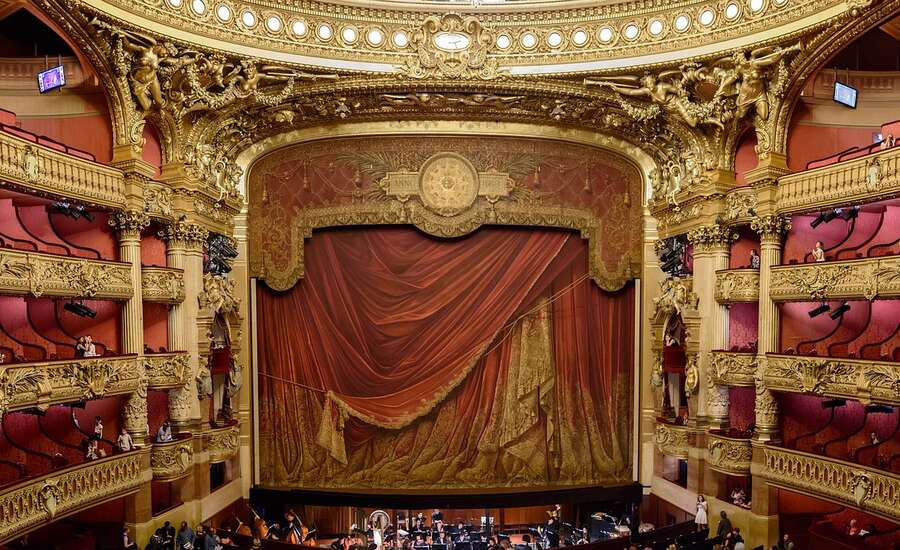 Photo by MustangJoe from Pixabay

The quintessence of New Year’s magic in St Petersburg is a performance of The Nutcracker at the Mariinsky Theatre. Tchaikovsky’s ballet was premiered on this very stage 129 years ago and has remained a classic ever since, and there is simply no better place to begin your New Year’s evening. The audience will dive into the fairy tale world of Christmas through the eyes of a child, in a performance woven with candy-coloured decorations and joyful dancing. There are performances at 12pm and 6pm on New Year’s Eve.

On 31st December, the Mariinsky Theatre’s Stradivari Ensemble will stage a special performance. The repertoire of 20 musicians, each playing instruments crafted by the Italian masters in the 17th and 18th centuries, combines classical string orchestral compositions with genres such as Argentine tango and Viennese operettas. The performance takes place in the Mariinsky Concert Hall at 6pm.

The New Year’s Concert at the St Petersburg Philharmonic is one of the musical highlights of the year. In the opulent Grand Hall the Philharmonic Orchestra will perform Haydn’s Symphony No.45 "Farewell" and pieces from Tchaikovsky’s The Nutcracker, led by famed conductor Nikolai Alekseev. The performance begins at 7pm. There is another New Year’s Concert held in the Philharmonic’s Small Hall. Led by conductor Andrei Alekseev, the Orchestra of the Theatre of Musical Comedy will perform works by Johann Strauss, Astor Piazzolla, Franz Lehar, and others.