Top sights worth seeing in Yekaterinburg 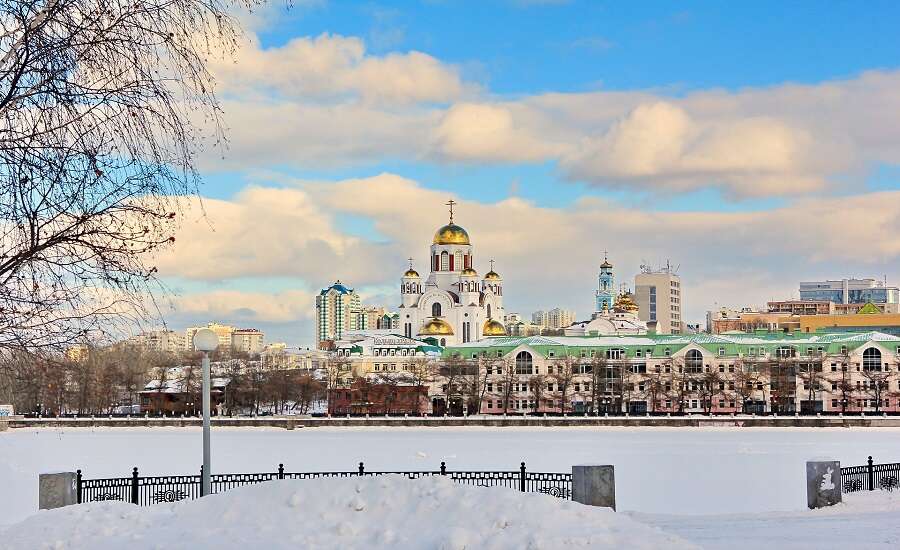 What to do in Yekaterinburg?

Although it doesn’t boast the sheer number of architectural gems of St Petersburg or the buzz of Moscow, Russia’s 4th biggest city has for the past hundred years persistently kept popping up in international headlines. From the banal - its residents consume the most mayo (11kg/annum!) in the world - to the ground-breaking - the protests held in 2019 were one of the few significant civil movements in Russia at the time - to the heart-breaking - this being the place where the Royal family were murdered - Yekaterinburg has something for everyone.

Church on the Blood 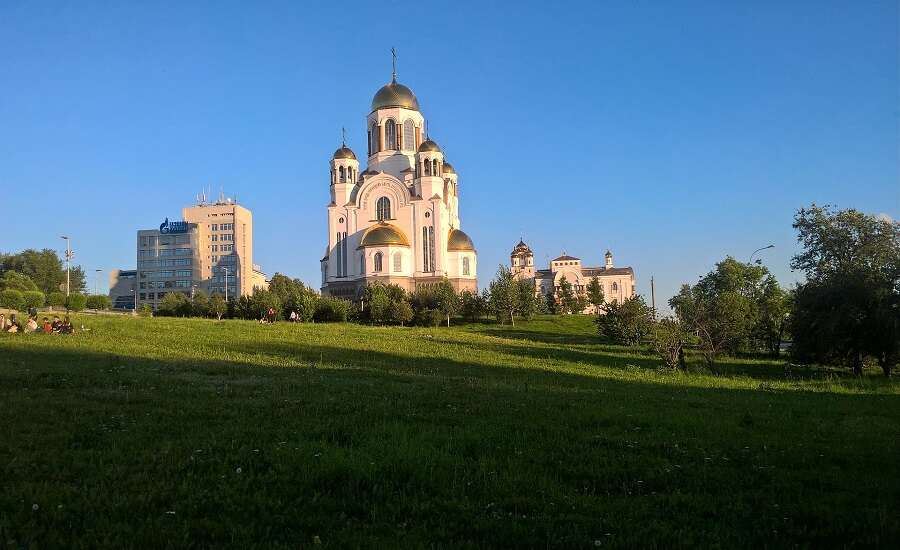 Perhaps the most defining moment of Yekaterinburg’s history was the gruesome murder of the Romanov family in a dingy cellar right in the centre of the city. Sadly, the unassuming mansion which they were kept hostage in was demolished towards the end of the Soviet Union to prevent pilgrimages which were becoming increasingly frequent in memory of the Tsar. After the fall of the USSR, the government and church began to come out increasingly in favour of the monarchy. To mark the canonization of the Romanovs, a church was erected on the site of the Ipatiev mansion. Though the building itself doesn’t boast much history, being built in 2000, the museum section of the church is full of evocative mementoes of the Tsar and his family, like private correspondence and jewelry. The church itself if not old is certainly grand, containing the most valuable Russian religious icon. 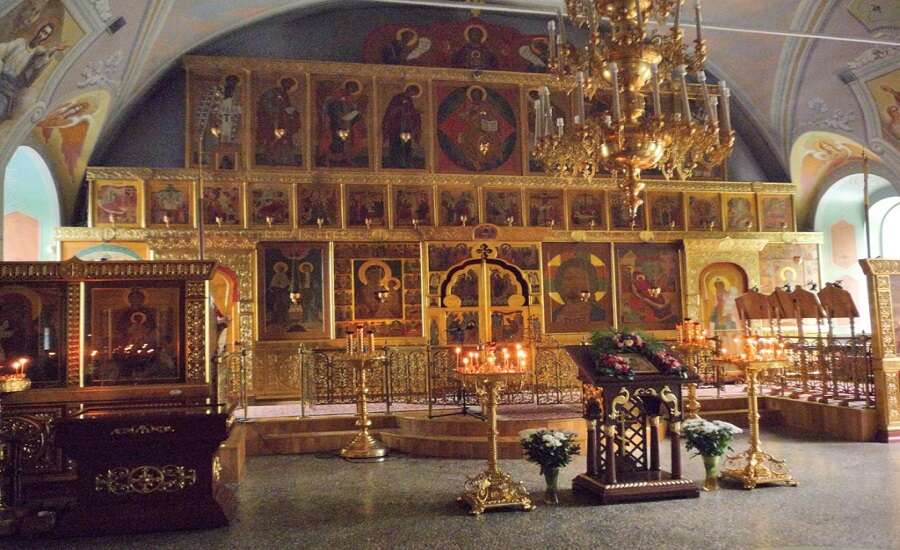 The prettiest building in the city is by no coincidence also one of the oldest. One could imagine that the pastel blue and white palette was taken straight from the heights of heaven and, as it harbored some of Russia’s most prominent saints (the Romanovs), it might be the closest thing to heaven on earth.

Where the Wild Things Are 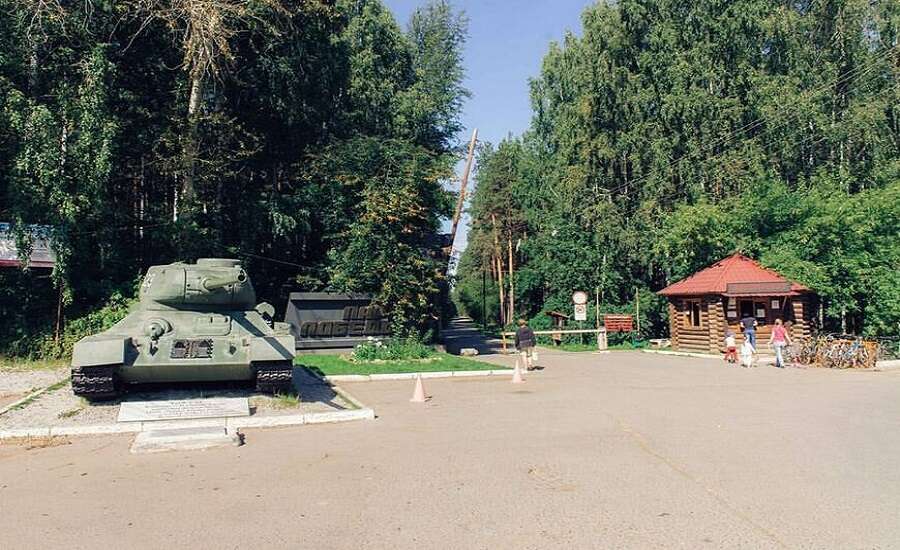 Yekaterinburg is surrounded by forest, but for a breath of fresh air that doesn’t cost an uber-ride, head to the city’s main park and summer hot-spot. Russians love to barbecue and at the height of summer you’ll find the rolling lawns covered in picnic blankets, gazeboes and ice-cream carts. From spring to early autumn, bikes are available for rent while in winter a pair of cross-country skis or a ‘vatrushka’ (blown-up sled) will keep you occupied for hours. For those who are mad about anything with four legs, there’s even horse riding at this massive park.

A year-round cafe serving up traditional Russian dishes is the perfect spot to retreat to once tired. 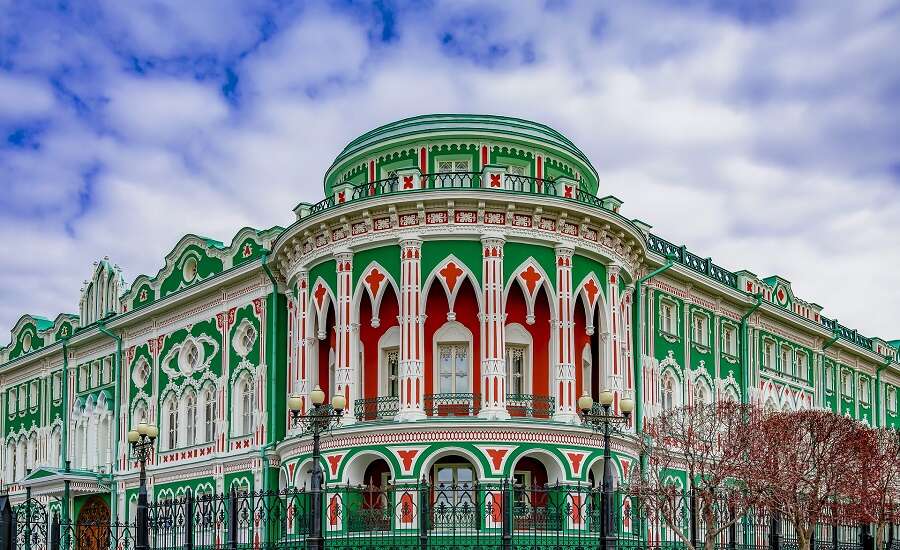 The entirely original design of this palace is so stunning that it has been more or less taken over by Vladimir Putin as his residence when in the Urals. A passerby couldn’t help but stop and wonder at the vibrantly-coloured, ornate exterior that perfectly embodies Yekaterinburg’s East-meets-West culture. The beauty on the outside can’t but help raise expectations as to what might be inside, but unfortunately the palace is in effect closed to the public (though their website claims that one can call to arrange tours). 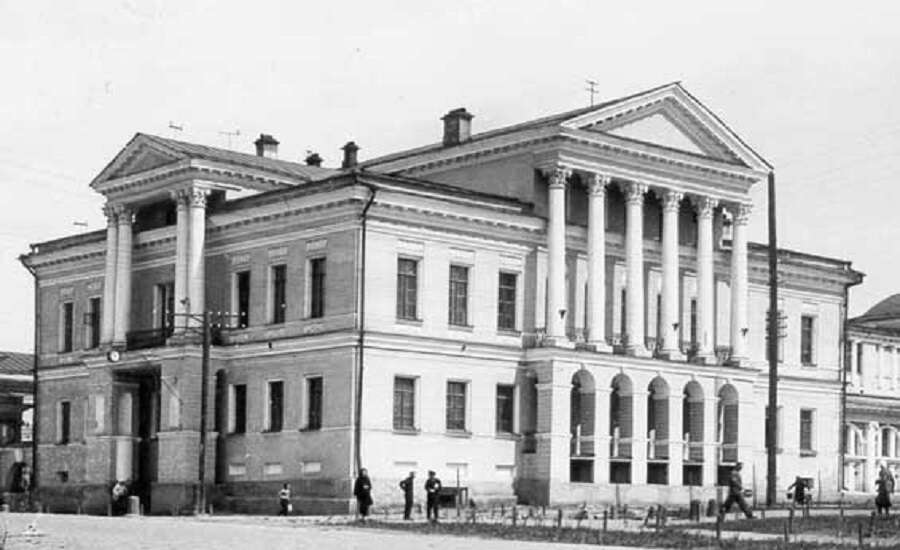 Though not exactly Peterhof, the palace and gardens are the most extensive in the Urals and are definitely worth a visit for both nature lovers and history buffs. Built at the close of the 18th century for an infamously cruel merchant, the grandiose Romanesque statues and network of paths encircling the duck ponds make for a lovely weekend strolling spot. 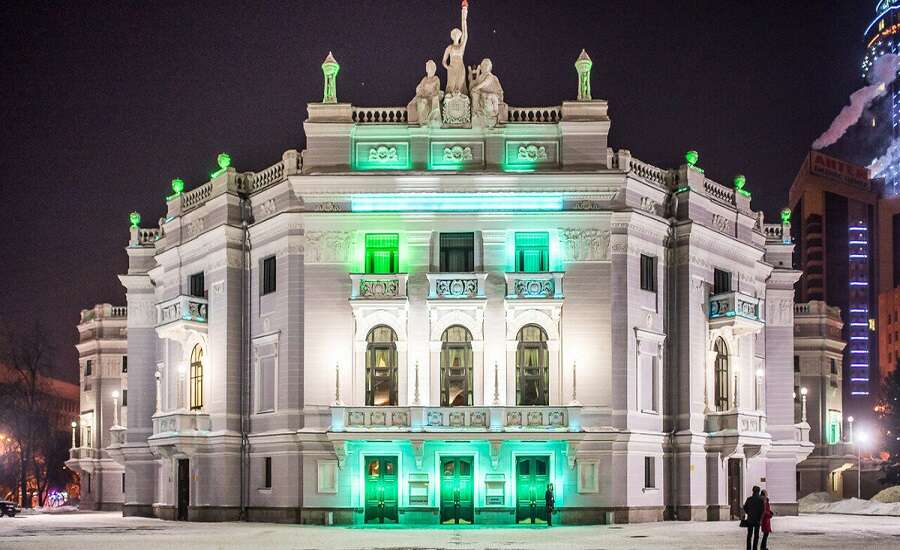 One of the oldest buildings in the city stands as a cornerstone: bringing the diverse denizens of Yekaterinburg together in their shared love of classical operas and ballet. Ever since its late 19th century debut, this theatre has been listed among Russia’s top theatres and many theatrical giants worked and performed here. 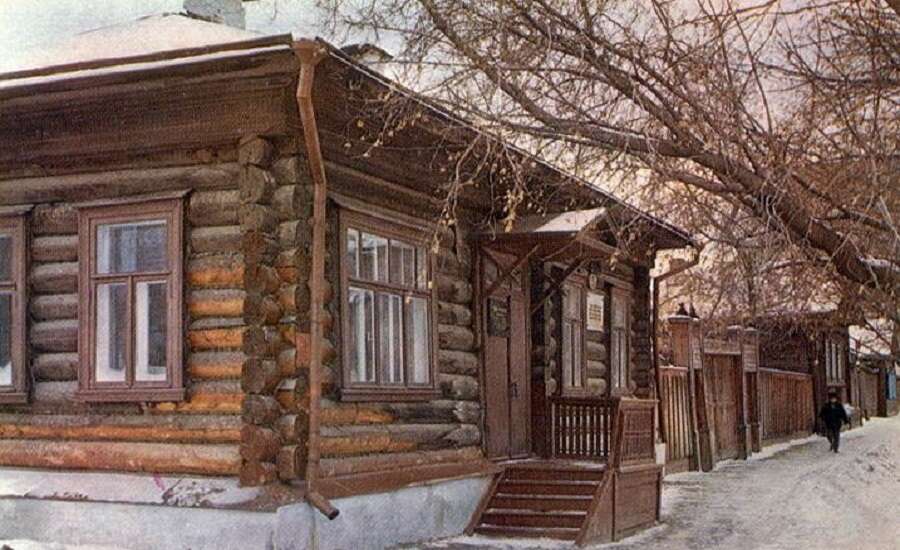 Though you may not even have heard of his name before, Pavel Petrovich Bazhov’s wooden cottage which he called home for almost three decades is a sight worth visiting. Bazhov penned some of Russia’s most beloved folktales in the early era of the USSR; sparking a newfound appreciation of folklore in suspicious Soviets. His most famous work— The Malachite Box— was written in this century-old cottage and, as his wife preserved all the rooms in perfect condition upon his death, a visit is just like stepping back in time. 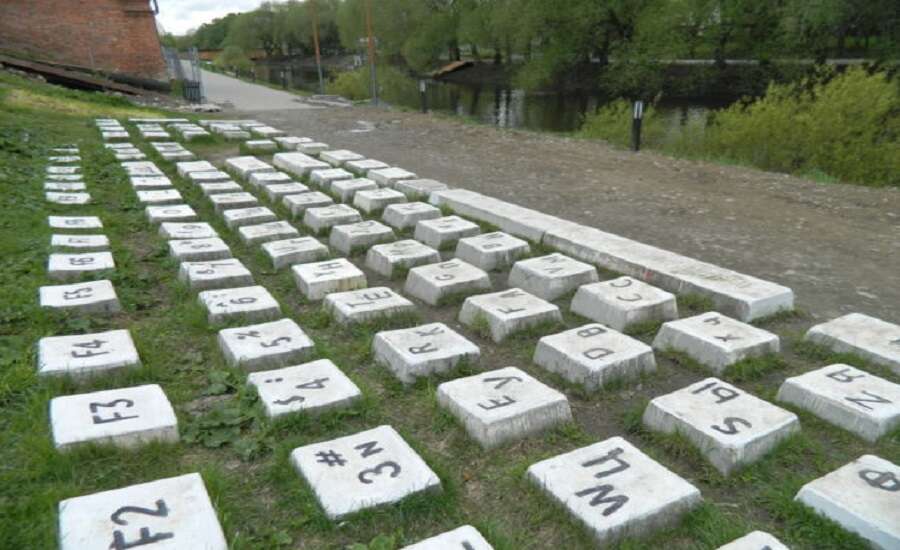 One of the more light-hearted sights is the simple, yet universally-popular 16 meter keyboard that acts both as monument and bench. With a lush lawn as its border and the frothing Iset River below, this is without a doubt the most Instagramable spot in the whole city. Strangely, the keyboard has a QWERTY setup not Cyrillic. 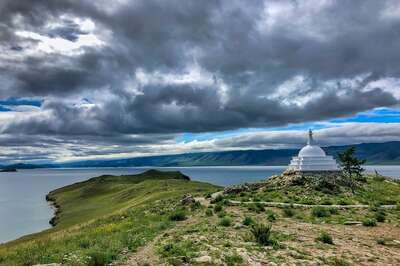 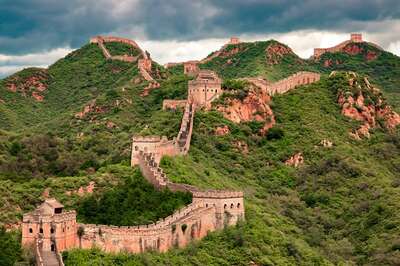 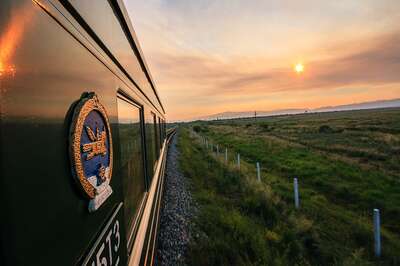 The sights worth seeing in Novosibirsk