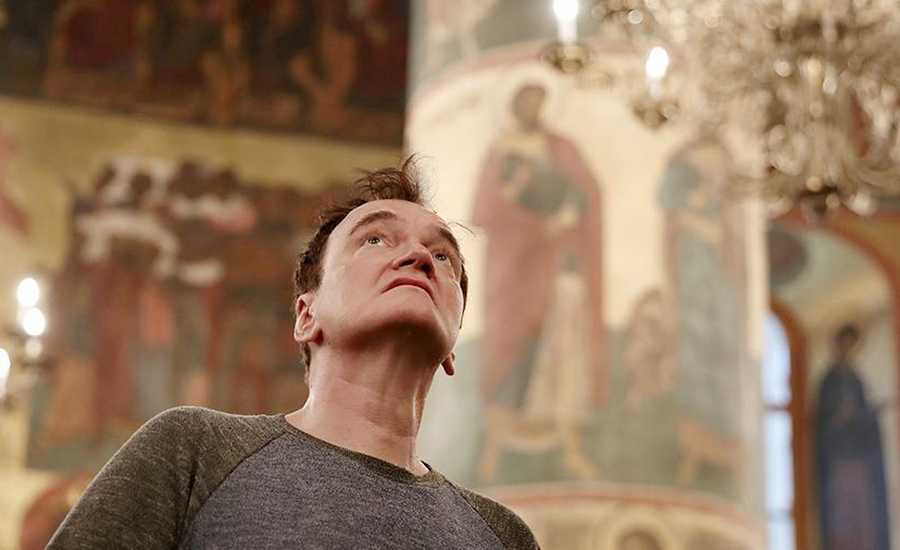 Quentin Tarantino on an excursion in Kremlin

An American filmmaker Quentin Tarantino, who has arrived in Moscow for the presentation of his new movie "Once Upon a Time In Hollywood", took part in an excursion in the Moscow Kremlin State Historical and Cultural Museum and Heritage Site. The Minister of Culture of Russian Federation Vladimir Medinsky has accompanied guest through the major sights.

Vladimir Medinsky has guided the most of the excursion himself accompanied by Elena Gagarina the general director of the museum. Quentin has been very interested in the story of the Kremlin and constantly asked questions. He has been highly impressed by Tsar Cannon and has rubbed the Tsar Bell for luck.

"What should you do to be buried in Kremlin?" — asked Quentin. "You need to be a member of the royal family at least" — has been the answer. Also, Quentin explicitly wanted to know if it is true that the musician Dean Reed is buried in the Kremlin wall. Though he has been corrected that in the Kremlin wall is buried the writer John Reed.

Quentin Tarantino has visited the exhibition "Time Keepers", dedicated to the restoration works and next day, together with producers Shannon McIntosh and David Heyman is going to meet with Press regarding the premiere of the new movie.