Day trip to Novgorod - the ancient capital of Russia

At 8.00 AM, our driver will pick you up to depart for Novgorod. Veliky Novgorod is one of Russia’s most ancient cities and was Russia’s first capital. No other Russian city can compete with Novgorod in the variety and age of its medieval monuments. It was founded by the Viking King Rurik in the 9th century who became the first King of Russia and founder of the Rurik Dynasty which ruled the Russian lands until the 16th century. In the 12th century the Novgorod city state controlled most of Europe's North-East, from today´s Estonia to the Ural Mountains making it one of the largest states in medieval Europe. Novgorod is located in the North-West part of the Russia, about a 2-3 hour drive from St. Petersburg.

Arrival in Novgorod. We will stop by the Beresta Palace hotel or Intourist hotel, to visit the restrooms and lobby bar if necessary. You will meet your Novgorod guide at this time.

Visit to Novgorod’s Kremlin. Your first impression of the city will be the Kremlin of Novgorod - the oldest in Russia. The structure dates back to 864. You will have the chance to walk along its ancient walls during your visit. The cathedral of St. Sophia dominates the structure of the Kremlin. Built between 1045 and 1050 under the patronage of Vladimir Yaroslavich, the son of Yaroslav the Wise. It is the best preserved of 11th century churches, probably the oldest structure still in use in Russia and the first one to represent original features of Russian architecture (austere stone walls, five helmet-like cupolas). It is adorned with beautiful frescoes from the 12th century and icons. The dome of the cathedral is made in the form of a huge helmet, to show the defendant power of the city. The tour will also take you to the Cathedral of St. Nicholas in Yaroslav´s Court. This cathedral was built to store an icon, believed to have magical powers.

Lunch at a local restaurant (optional)

In the afternoon, you will head to the Yuriev Monastery, a medieval religious complex built in 1030 along the Volkov River. The Cathedral of St. George will impress you by its size and beauty, as it was initially intended to surpass even St. Sophia’s Cathedral in grandeur. You will then visit the open-air museum of wooden structures “Vitoslavisty" which is located close to the monastery. The museum consists of old wooden houses, huts and churches brought from all over the Novgorod region. The museum will give you an idea of how Novgorod’s inhabitants lived in the past. 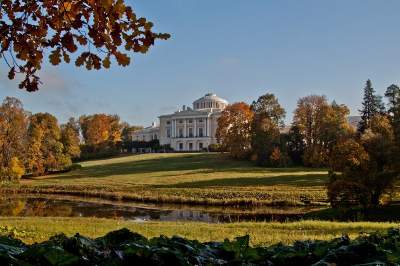 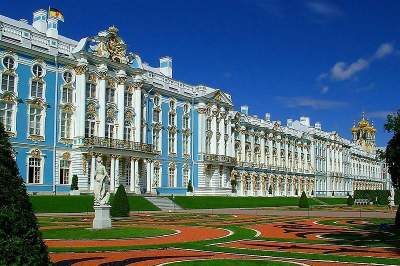 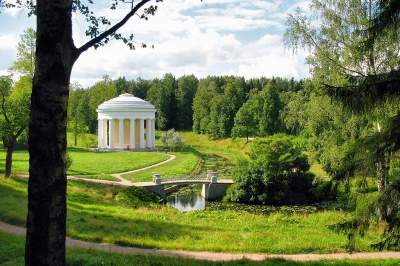 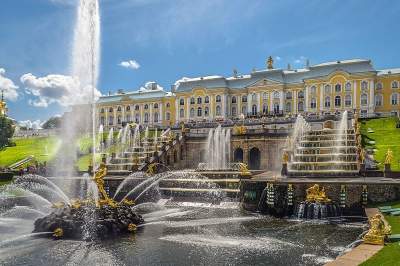 Tour to Peterhof (Petrodvorets)
5 hours
from $135