Russian literature is one of the most important components of the cultural history of Russia. Dostoevsky, Tolstoy, Bulgakov, Gogol, Lermontov and Turgenev are just a few of the names of Russia's major writers. These writers are considered some of the most important in modern and classic literary history, contributing unique perspectives and innovations to the art of world literature. That being said, Russian classical literature is always alive in Russia. You can walk the streets of St. Petersburg and Moscow and feel the atmosphere that served as the inspiration for much Russian writing. We would like to offer you our literature package with 2 days in Moscow and 2 days in St. Petersburg by visiting the museums of the most prominent representatives of the Russian literature. 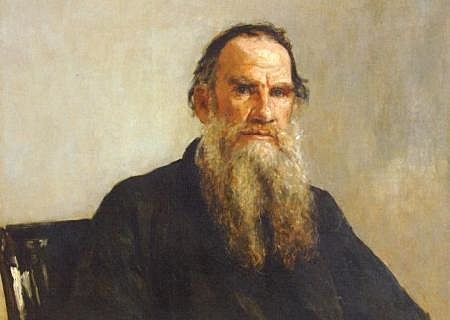 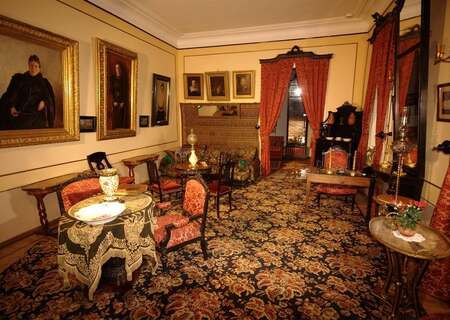 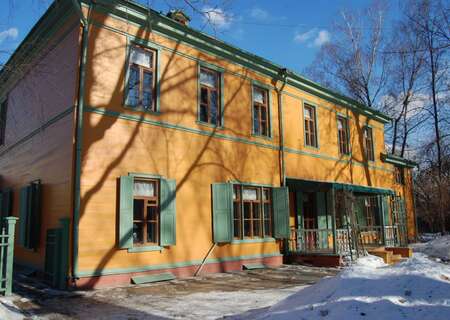 Estate-Museum of Leo Tolstoy in Khamovniki

Take this opportunity to learn more about Leo Tolstoy. His wooden house in Khamovniki still keeps the spirit of the great Russian writer. During the visit to the museum you will see part of a vast collection of exhibits connected to Tolstoy and his family.
Leo Tolstoy is a giant of Russian literature, creating such works as "War and Peace" and "Anna Karenina". Tolstoy primarily wrote novels, short stories, plays and essays. Tolstoy is equally known for his complicated and paradoxical persona and for his extreme moralistic and ascetic views, which he adopted after a moral crisis and spiritual awakening in the 1870s, after which he also became noted as a moral thinker and social reformer. His literal interpretation of the ethical teachings of Jesus, centering on the Sermon on the Mount, caused him in later life to become a fervent Christian anarchist and anarcho-pacifist. His ideas on nonviolent resistance, expressed in such works as 'The Kingdom of God Is Within You', were to have a profound impact on such pivotal twentieth-century figures as Mahatma Gandhi and Martin Luther King, Jr. 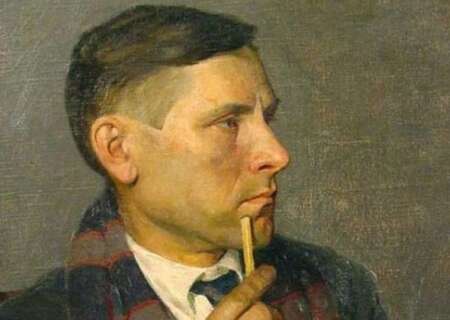 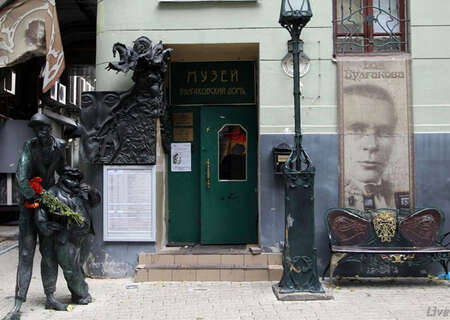 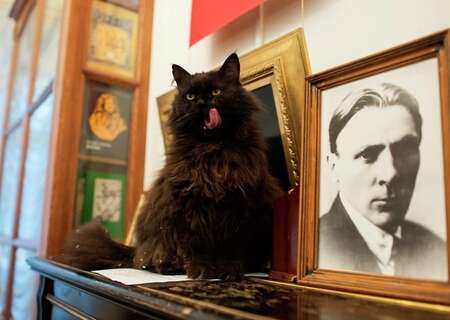 This apartment museum located close to Patriarch Ponds became the prototype of the "bad apartment" described in the novel "The Master and Margarita." Currently the museum's collection includes more than three thousand exhibits: the writer's personal belongings, photographs, documents and antique furniture.
Mikhail Afanasyevich Bulgakov is a Russian writer, dramatist and theater director. Bulgakov abandoned his medical career to pursue writing. Among Bulgakov’s most famous masterpieces are "Heart of a Dog", "Notes of a Country Doctor", "Theatrical Novel", "Fatal Eggs", "Zoya's apartment" and the novel that brought the author world fame - "The Master and Margarita" which was filmed several times both in Russia and in other countries. 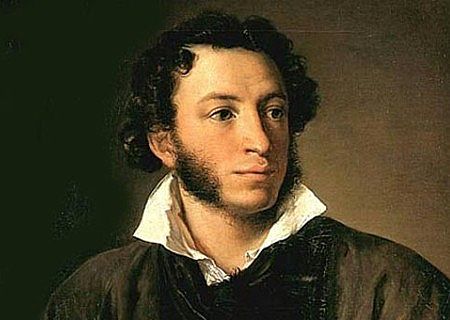 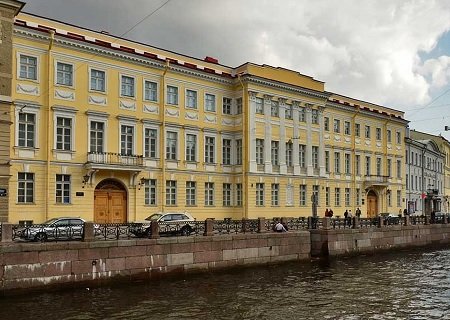 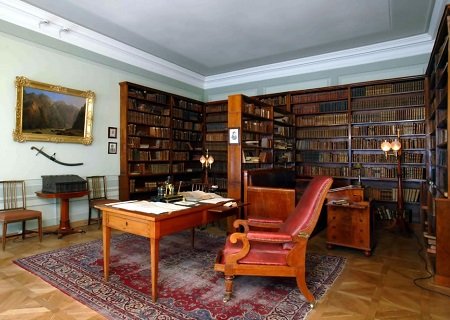 Learn more about the father of Russian literature, Alexander Pushkin with a visit to his house located on the Moika River Embankment. During your visit you learn the history of Pushkin's life and see many of his personal items.
Alexander Sergeyevich Pushkin was a Russian author of the Romantic era who is considered by many to be the greatest Russian poet and the founder of modern Russian literature. Born into the Russian nobility in Moscow, Pushkin published his first poem at the age of fifteen, and was widely recognized by the literary establishment by the time of his graduation from the Tsarskoye Selo Lyceum. While under the strict surveillance of the Tsar's political police and unable to publish, Pushkin wrote his most famous play, the drama "Boris Godunov". His novel in verse, "Eugene Onegin", was serialized between 1825 and 1832. Notoriously touchy about his honour, Pushkin fought a total of twenty-nine duels, and was fatally wounded in such an encounter with Georges-Charles de Heeckeren d'Anthes. D'Anthes, a French officer serving with the Chevalier Guard Regiment, had been attempting to seduce the poet's wife, Natalya Pushkina. Pushkin's early death at the age of 37 is still regarded as a catastrophe for Russian literature. 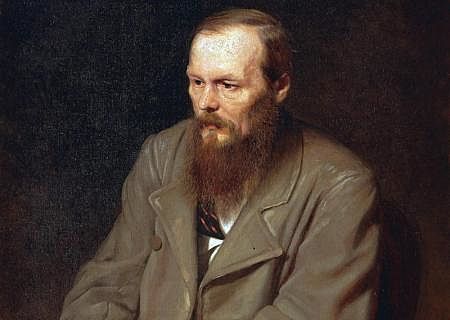 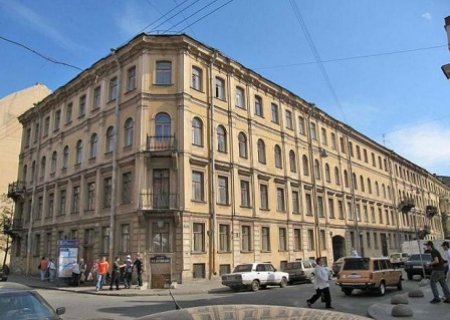 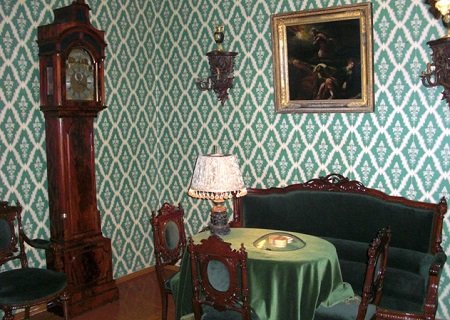 We are pleased to take you for a walk to the private apartment of perhaps Russia's most famous writer. This apartment was rented by Dostoevsky twice - at the beginning and at the end of his life. Learn more about the life and times of Dostoevsky on this most interesting excursion.
Fyodor Dostoevsky, the famous Russian novelist, journalist and short-story writer spent much of his life in Russia's Northern Capital, even though he was born in Moscow. In his novels, Saint Petersburg is depicted not only as a city of beautiful palaces and mansions, but a city of dark lanes and streets, tenement houses, narrow canals, yard-wells and unsavory characters. If you are interested in Dostoevsky, his novel "Crime and Punishment", or any other works of this famous Russian writer, it's worth exploring some of the sites that inspired Dostoevsky or that have been dedicated to him in memorial. Our guide will show you the places connected to the writer and heroes of his novels. You will pass along Stolyarny lane and Raskolnikov's house, cross the Kokushkin bridge, go to Sennaya Square (Hay Square) and pay a visit to the Dostoevsky Memorial Apartment. The writer lived here for 4 years with his wife and children. Finally, you will visit Dostoevsky's grave in Tikhvin Cemetery (Lavra) in St. Petersburg.

This specialty extension package can be added on or mixed and matched with any of our standard tours or to any customized tour. You can even build your own tour around this package, adding on hotels and other services.

Prices do not include

Package dates are flexible. It can be customized to your taste. We can include additional excursions or performances as well as hotel accommodation on your request. We can also mix and match packages with our Moscow and St.Petersburg tours.