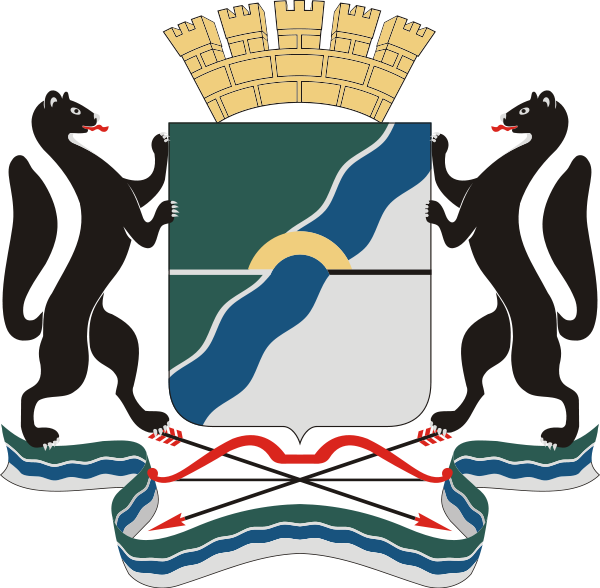 Novosibirsk is the third largest city in Russia after Moscow and St. Petersburg and the largest Siberian city, often referred to as the capital of Siberia. The city is young in comparison with other Russian cities as it was only founded in 1893, at the future site of a Trans-Siberian Railway bridge crossing the great Ob River. During Stalin’s industrialization of Russia, the city experienced rapid growth and became one of the major seats of industry in the Soviet Union. In the 1950s, the scientific research complex of Akademgorodok was constructed about 30 km south of the city centre. The Siberian Branch of the Academy of Sciences is headquartered in Akademgorodok and the town hosts a total of fourteen research institutions and universities making it one of the most important centres for science research in the world.

In 1962, Novosibirsk reached a population of one million. At that time, it was the youngest city in the world with over a million people. Novosibirsk took fewer than seventy years to achieve this milestone, mainly due to the rapid industrialisation and the installation of the Scientific Research Centre. The first line of the Novosibirsk metro was completed in 1985 and the city has continued to grow in recent years.

Arriving in Novosibirsk isn’t difficult. There are direct flights from Moscow and most other large Russian cities daily. Most people arrive in Novosibirsk as a stopover on the Trans-Siberian railway. It is the largest station on this rail route. 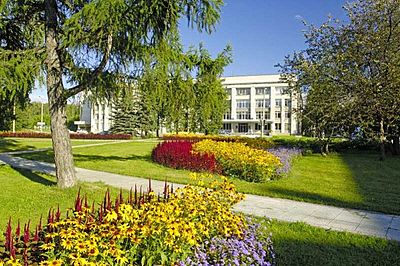 Akademgorodok is a city built entirely for scientists and their families and is well known throughout the International scientific community. The town has an interesting Geology Museum at the Geology Research Institute. 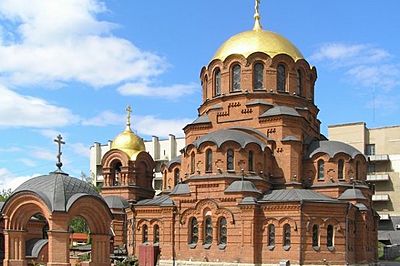 The Alexander Cathedral was built in 1899, and at the time it was one of the first stone buildings in Novosibirsk. Designed in neo-Byzantine style with a gilded dome. Although the cathedral is dedicated to St. Alexander Nevsky, it is also a monument to Tsar Alexander III, who initiated construction of the railway and the establishment of a station at Novonikolayevsk, as the city was then known. He also donated the land and money for the construction. The cathedral was closed in 1937 (Stalin's era) and re-opened in 1989. This neo-Byzantine cathedral with a gilded dome is a true gem of Novosibirsk. 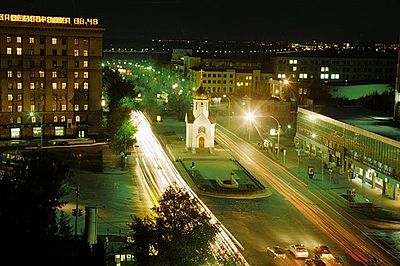 Krasny Prospekt is the main thoroughfare of Novosibirsk stretching for 7 km. It starts at the Ob River Embankment (right in the place where Trans-Siberian Railway crosses the river) and goes through Central and Zayeltsovsky districts. The main square of the city - Lenin Square - is also part of the Krasny Prospekt. Until 1913, geographic centre of the Russian Empire was located here, the spot was marked by the Chapel of St. Nicholas the Wonderworker. 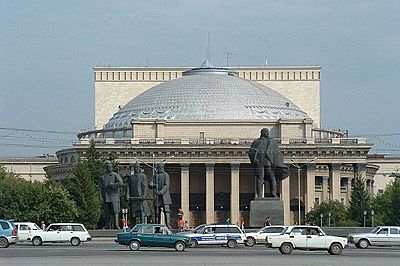 Lenin Square and the Novosibirsk Opera

Lenin Square is the main square of Novosibirsk. It can be divided into two parts - transport part and pedestrian part with a garden and a statue of Lenin. The Building of Novosibirsk Opera and Ballet House dominates on the square. The theater was founded in 1928 and its building which was completed in 1941 is nowadays the largest theater building in Russia. After reconstruction is 2005, it also became the best equipped theater in the country. 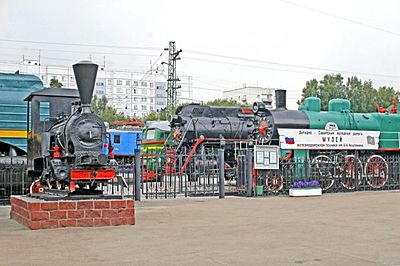 Founded in 2000, this museum numbers 60 exhibits displayed on 6 railway tracks. The museum has a large collection of steam locomotives, diesel locomotives, electric locomotives and railcars that used to work on West Siberian Railway. In addition, one can see here Soviet cars GAZ, Moskvich, and ZAZ as well as several trucks, tractors and all-terrain vehicles. 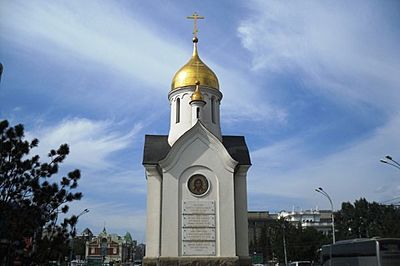 Chapel of St. Nicholas the Wonderworker is is one of the symbols of Novosibirsk and is considered to be the geographic center of the Russian Empire (as of 1913). Today geographic centre of the country is located in Krasnoyarsk region. 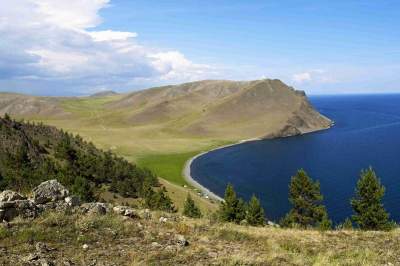