The Legend of Ded Moroz 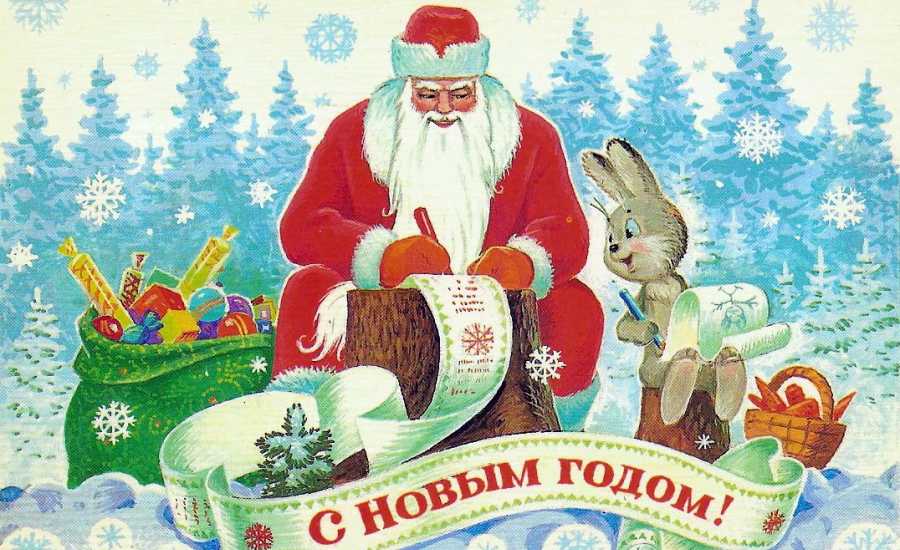 Ded Moroz is very much the symbol of the festive season in Russia, and, with his silvery beard and twinkling eyes, you’d be forgiven for thinking that Ded Moroz was simply another name for Father Christmas. The truth however, as with all things magical, is a lot more complicated than that.

The Beginnings of a Legend 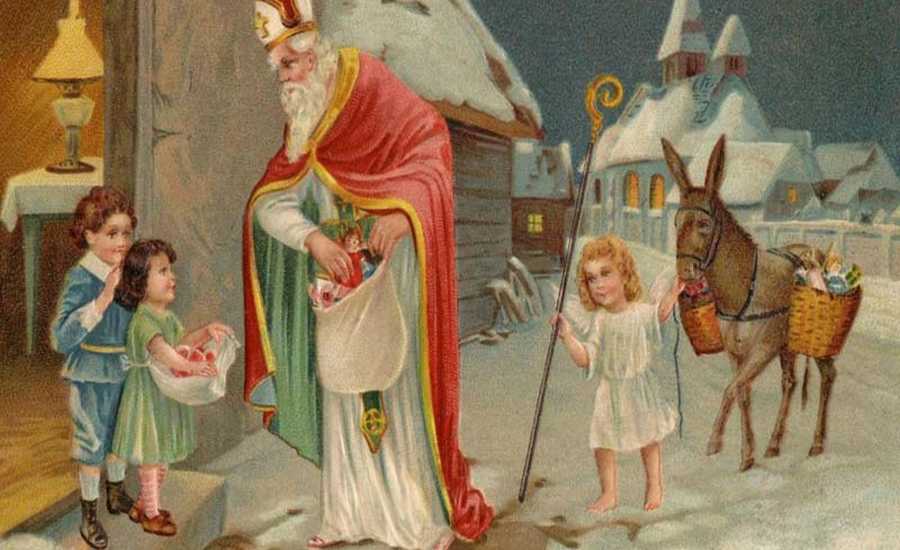 From their very origins, Father Christmas and Ded Moroz had major differences. Everyone knows the story of good ol’ St Nicholas, the patron of children, but few know that Ded Moroz was actually denounced as a demon by the church. Capable of freezing entire armies at the click of his ice-cold fingers, ‘Morozko’--as he was known by ancient Slavs-- was seen as a wise wizard with a wicked disposition. To this day, professional actors and desperate parents dressing up as Ded Moroz are forced to stick their hands in snow before meeting children so as to prove that they are the real thing!

In the late 19th century, Ded Moroz began to mend his ways and was slowly welcomed into respectable families’ Christmas celebrations as a bringer of presents and goodwill. The legend grew, and he was soon transformed from a haggardly sage into a rather well-dressed noble man: with royal blue fur coats embroidered with silver and a snazzy pair of pointy boots. Like Santa, he acquired a sleigh which, no surprise, was a troika pulled by three snow-white horses. 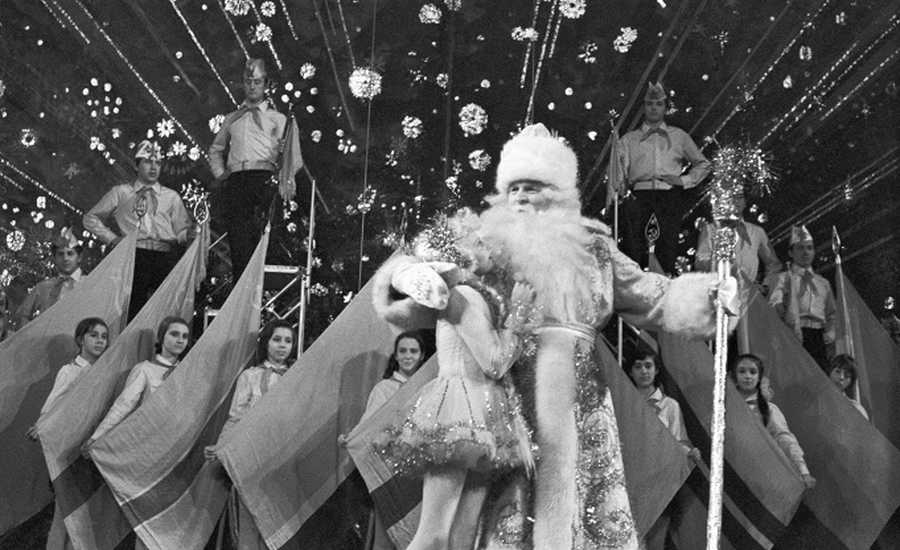 Not even Ded Moroz could please everyone, and just as the church was beginning to accept him, the Bolshevik revolution resulted in him being categorized as an illegal religious icon and a symbol of aristocratic extravagance.  How did Ded Moroz survive the persecution during the Soviet era? Well, though he didn’t have an army of elves stationed on the North Pole, Ded Moroz had something a lot more powerful than that: family.

Though his wife ‘Spring’ is as hidden from the public eye as Mrs. Claus (they’re probably both too busy baking gingerbread cookies to socialize), his granddaughter ‘Snegurochka’ follows Ded Moroz wherever he goes and is an indispensable sidekick. Thankfully for the poor, miracle-deprived soviet children, twenty years after the start of the Bolshevik rule, for reasons still unknown, Ded Moroz magically sprung back to life. The Soviets then fully embraced him as a central part of their winter festivities; only this time it was for New Year’s (Christmas was illegal!). 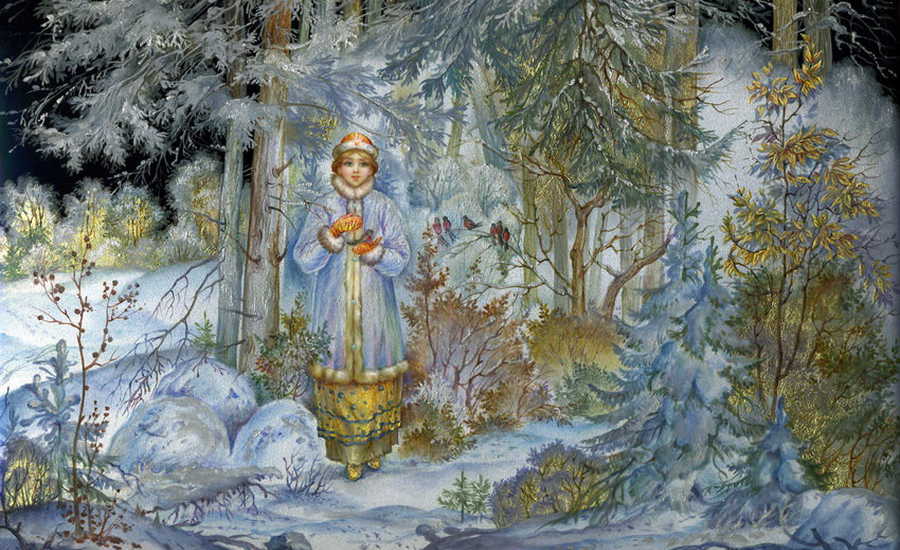 With rosy cheeks and a long, blonde braid, Snegurochka is as much a symbol of New Year’s as the big man himself and, despite her miniature frame, she’s the one who lugs around all the presents!  The origins of this fair snow-maiden are hotly contested. Some claim she’s been around since time immemorial in Slavic folklore, others think she isn’t that very ancient at all— appearing to the public for the first time in an opera at the end of the 19th century. Whatever way she wriggled herself into the Russian imagination, she is now here to stay. She’s been the focus of dozens of soviet-cartoons and story-books and, as the song goes about Rudolph, “She’ll go down in history!” 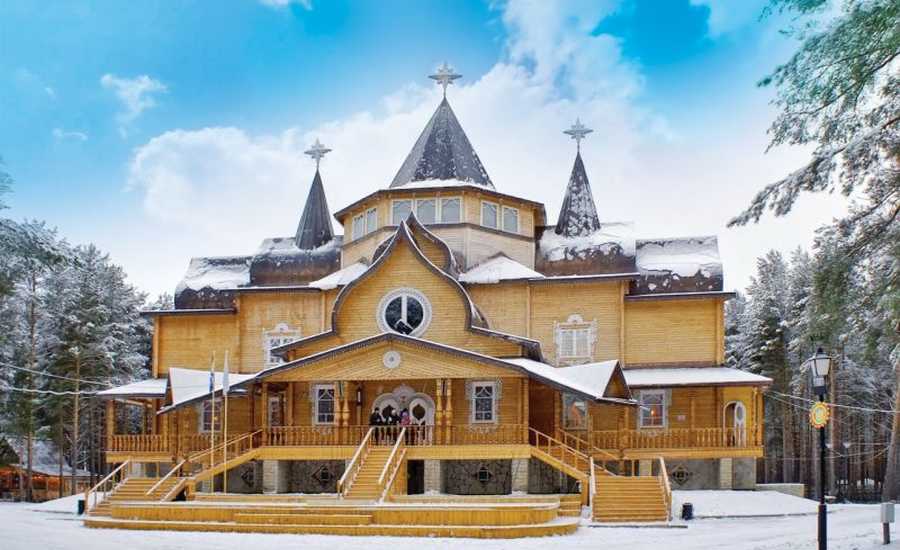 Fittingly for the ‘Mother Russia’ nationalist attitude of today, both Snegurochka and her grandad are great patriots— with both of them based in Russia. Indeed, unlike Santa, whose home is shrouded in secrecy, Ded Moroz’s residence can be pin-pointed on the map to a small village near Velikiy Ustyug in the Vologda region, just a few hours north of Moscow. Hundreds of thousands of visitors come to see his grand, almost palatial, wooden home each year. Those who never fell for the “seeing is not believing” adage, can examine every little detail of the present-making process to their hearts content. Nothing is off bounds; from the magical kitchen where Ded’s favourite pelmeni are made to the bedroom where Ded Moroz snoozes all summer long.

Surrounding the grounds of his house is an enchanted forest filled with a menagerie of both fairytale and real-life creatures, such as endangered Siberian reindeer and talking magpies. In this forest everything is possible; from houses on chicken legs to rides on “pechkas” or stoves (yes, you read it right— it’s kinda like a sleigh ride with heated-seats, but just a whole lot crazier!).

Just like Santa Claus, Ded Moroz is no mind-reader. That’s why Ded Moroz has a giant post office next to his home which receives thousands of letters from hopeful children from Russia and ex-soviet states each year. (Resourceful children ought to try their luck and send letters to both the North Pole and Velikiy Ustyug and see how many presents they get!). The only thing missing in Ded Moroz’s grand residence is his companion, Snegurochka, who strangely enough lives in different village altogether. 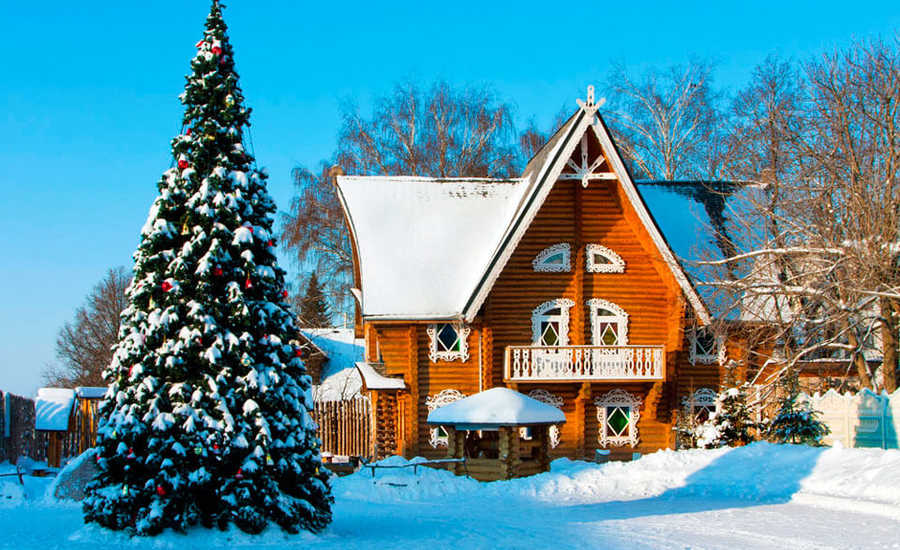 Only a short drive from Moscow lies the quaint town of Kostroma where the fair snow-maiden was supposedly first dreamt-up by Alexander Ostrovsky, one of Russia’s most successful playwrights. The great writer’s estate is now a museum but a brisk walk from his manor-house-- overlooking the village’s shimmering lake—takes you to Snegurochka’s modest, lovingly-restored 19th century wooden cottage. There, children can take part in all sorts of traditional Russian crafts with the ever youthful Snegurochka. Afterwards, they can visit an ice cave filled with exquisite ice sculptures which will be sure to melt any Frozen fan’s heart. As with Ded Moroz’s residence, Snegurochka’s cottage is open year-round, though the pinnacle of the year has to be the 3-day New Year’s celebrations. With traditional New Year’s Eve feasts and banya sessions planned in Snegurochka’s cottage and the neighboring “Snegurochka Hotel”; there couldn’t be a better New Year’s host than the lovely snow-maiden!